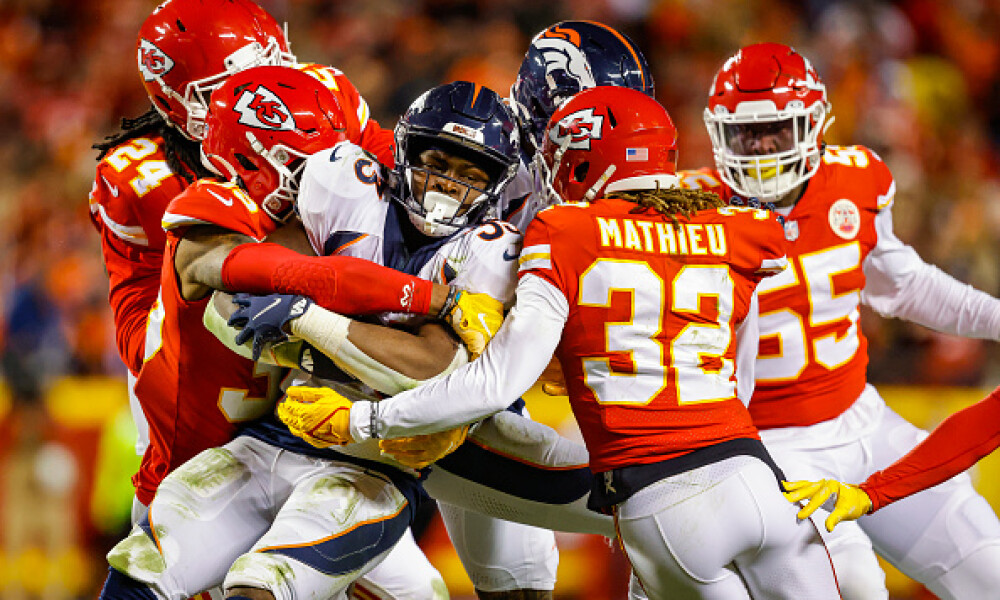 Kansas City Chiefs – DraftKings’ pricing for D/ST’s this week is a little soft so you can reasonably fit any of them into your builds. The Chiefs stand out as the obvious chalk at only $3,300 against the Steelers. They’re the biggest favorites on this six-game slate at -12.5 points and the over/under is settling in at 46 points which is the second-lowest implied game total at our disposal. Not to mention, they’re playing the Steelers who accidentally made it into the playoffs (just one man’s opinion). The Chiefs defense improved and came on strong the last few weeks of the season and if they can contain the volume that Najee Harris and Diontae Johnson are bound to get, this defense should have no troubles returning value and helping the Chiefs move on to the next round.

Buffalo Bills – The Bills host the Patriots on Saturday night and I’m banking on another slow burn of a game. I’ll be pulling for the Patriots, but I’d be an idiot if I didn’t acknowledge Buffalo’s defensive prowess. The Bills finished the season as the top-ranked team in terms of defensive DVOA. They held New England to under 300 total yards of offense in both matchups earlier this season and if they can avoid getting run over by Damien Harris and Rhamondre Stevenson, then they should be a contrarian option for DFS this weekend. I’m not too concerned with the Bills only forcing one sack on Mac Jones between both games because the first matchup featured such a run-heavy scheme from New England that the Bills quite simply didn’t have sacks nor interceptions at their disposal. I think the Bills defense is well worth exposure in GPP’s this weekend and possibly Cash games if you’re dabbling in those.

Dallas Cowboys – The matchup does worry me a little bit, I won’t lie. It’s the highest projected total on the slate, but Dallas finished the 2021 campaign as the second-best team in defensive DVOA. Now they’ll have to account for many weapons this weekend. Dallas is a D/ST with a lot of variance so I’m writing them up as a potential GPP target for their ceiling because we’ve seen them return 15+ points since they forced multiple turnovers in 11 of their 17 games this year. Getting to Jimmy Garoppolo will be a tough task though as Pro Football Focus anointed the 49ers with the third-best offensive line at the conclusion of the 2021 season.

Los Angeles Rams – The Rams are putting everything they can into a championship this year. Hell, they just convinced Eric Weddle to come out of retirement at the age of 37 and help them win a championship. The Rams are only four-point favorites and Vegas is expecting a healthy amount of scoring, but I’ll take the Rams at home. They ranked fifth in defensive DVOA and they’re coming in with five straight games of at least three sacks. They’ve also returned at least seven fantasy points in each of their last six games including eight against the Cardinals in Week 14. At this price tag, they’re my preferred paydown of the weekend considering it’s possible we get 3X value from L.A. against Arizona.

Pittsburgh Steelers – Grasping at the low hanging fruit? Absolutely. It may not be a bold strategy to fade the cheapest D/ST on the slate, but if you’ve read this article throughout the year, you know I’m not opposed to paying down at D/ST since it’s a position of high variance. With that said, the Steelers and Chiefs met just three weeks ago and it didn’t go well for Pittsburgh then, so why should it now? I’ve already touched on the spread for this game and it’s clear Vegas doesn’t like the Steelers. They yielded negative fantasy points in their last matchup against Kansas City and I don’t see Patrick Mahomes and Co. taking it easy on any opponent since we’re now getting playoff football.