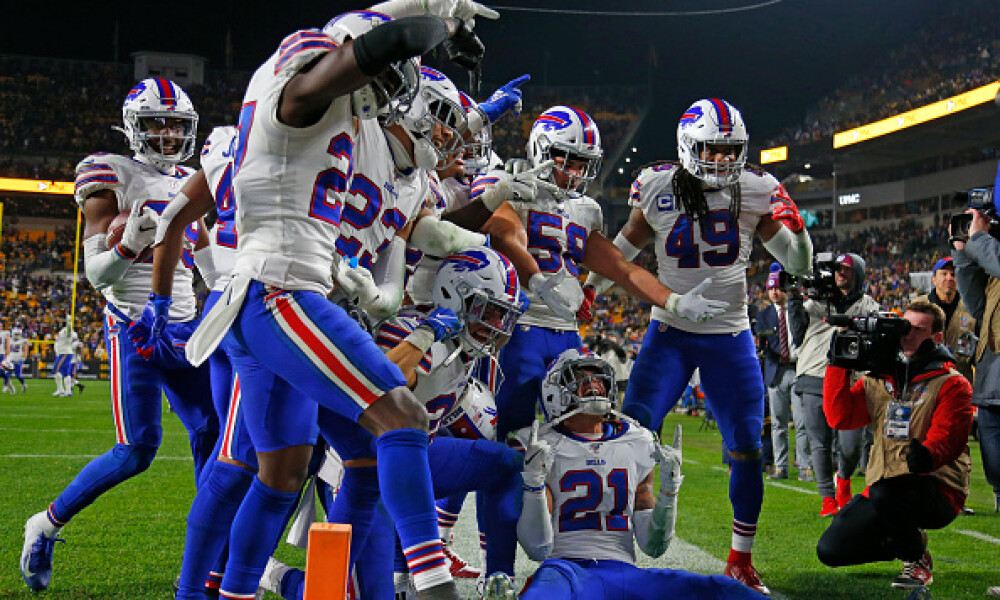 Indianapolis Colts – Let’s start by picking some great defenses in even better spots. The Colts grade out as the sixth-best defense according to Pro Football Focus and they rank seventh in defensive DVOA. They’re also favored by 15.5 points against Jacksonville and Vegas has given the Jags an expected total of about 14-15 points. The Colts D/ST is great and we know they have double-digit upside in DFS. The Colts need to win to secure their own playoff spot so don’t expect them to necessarily take it easy on Jacksonville.

Buffalo Bills – It’s pretty simple for the Bills on Sunday: if they win, they’re division champs once again. And they get a very easy matchup against the Jets. New York’s offense has come to life in recent weeks so they’re not a complete pushover, but they have to visit Buffalo where the Bills are allowing 258 total yards of offense at home. Back in Week 10, the Bills forced five turnovers and held the Jets offense to just 17 points, and that’s with the Jets scoring two touchdowns in the fourth quarter. The Bills are massive 16-point favorites and the expected total is at 41 points. The Jets have an expected total of 12.5 points, which is embarrassingly low.

New England Patriots – This is somewhat of a budget-friendly price tag for New England as they head to Miami to close out the regular season. I don’t expect either team to rest starters. Despite Miami being eliminated from the playoffs, they’ll try to prevent the Pats from having a chance at the division crown. However, Tua Tagovailoa is coming off one of his worst games of the season and his offensive line grades out as one of the worst in terms of pass protection according to Pro Football Focus. And what do the Pats do very well? Rush the quarterback. The sack numbers may not reflect that statement, but they do apply enough pressure on the opposing team’s quarterback that also correlates to turnovers as well. The over/under is one of the lowest on the slate at 40 points and the Patriots are favored by nearly a touchdown.

Tennessee Titans – If you’re playing Cash on Sunday, I’d look to the top tier or value tier for Cash plays. I mostly think you should pay up or down for Cash D/ST’s this week. The mid-tier does offer up some GPP units though. If the Chiefs beat the Broncos Saturday night then Sunday’s game for Tennessee carries more weight as they’ll need to win to lock up the top seed in the AFC and secure a first-round Bye. So if the Chiefs win Saturday, the Titans are in play Sunday. The Titans were a massive disappointment the last time they played Houston, but we’re getting a D/ST favored by ten points for just $3,300 on DraftKings. The Titans have allowed just 39 points total to opposing offenses in their last four games and they’ve allowed just 50 rushing yards per game in that span.

San Francisco 49ers – Matthew Stafford just hasn’t looked like himself to close out the 2021 season. He has seven turnovers in his last three games and he’s been under pressure more as well. The Rams aren’t mailing in this game by any means. They can’t claim the top seed in the NFC, but they need to win to hold on to the two-seed so they should be competitive, and the 49ers have not yet locked in their playoff spot officially. The last time these two teams met, the 49ers were priced at $2,800 on DraftKings and they returned 16 fantasy points while they held the Rams to just ten points and 278 total yards. The 49ers are four-point underdogs in this matchup, but it wouldn’t surprise me if they give the Rams fits Sunday afternoon.

Cleveland Browns – This is a pretty easy call and one that could carry significant ownership. The Bengals have already announced that Joe Burrow will be resting in Week 18. He’s nursing knee and finger injuries, and Joe Mixon was placed on the COVID/Reserve list so he’s inactive as well. The Bengals have nothing to play for so while some other regular starters will get some snaps, they’ll likely try to avoid any and all disastrous injuries before the playoffs start next week. The Browns are currently six-point favorites at home and the over/under is quite low at just 38 points. Vegas is giving Cincinnati an expected total of just 16 points with Brandon Allen under center.

Miami Dolphins – I know I wrote up the Patriots on the other side of the ball, but if the Dolphins aren’t resting starters then they’re a fine paydown option if they want to play spoiler to New England. Will they keep the Patriots from making the playoffs? No, but I expect Miami to treat this like their own personal Super Bowl and end the season on a high note. The Dolphins have been a much better defense at home. They give up 18.5 points per game at home compared to 24.1 on the road. They allow 289.0 total yards per game at home compared to 380.9 on the road. They average 10.6 fantasy points per game at home, and just 6.0 on the road. Get the idea? Even if they returned six points this week, that’s still 2.5X value on DraftKings. This D/ST is too good to be the third-cheapest option on DK’s main slate. The Patriots offense has gradually gotten better and the running game is their bread & butter. However, the Dolphins defense will put up much more of a fight compared to Jacksonville last week.

Detroit Lions – Prior to the Week 17 games, the Packers opened as 11-point favorites for this particular game against Detroit. Then after Green Bay clinched the top seed in the NFC, the line shifted to the Lions being favored ever so slightly. Now, the Packers are favored by four points because Matt LaFleur has indicated his starters will play, and he’s said they’ll treat it like any other week. I do think the Packers should play some of their starters. If they sat them then it would be almost three weeks since their starters saw meaningful action when it comes time for their divisional playoff game. So they should get some reps against the Lions, but for the most part Detroit could be going up against the backups of Green Bay and if that’s the case then there’s GPP exposure here. But for Cash games I might look to New England or Cleveland in this range.

Green Bay Packers (DraftKings) – As mentioned above, it’s looking like the Packers will rest starters on both offense and defense later in the game. As the fifth-most expensive team on DraftKings for the Sunday main slate, that’s not necessarily a group worth paying for. The betting action has the Packers as slight four-point favorites, but I’d rather look at a group that has something to play for by either paying up or down at the position. It could turn into a lot of garbage time for the Lions, who have scored 75 points on offense the last three weeks.

Washington Football Team (FanDuel) – I know they’re playing the Giants, but there’s no way I’d pay $5,000 on FanDuel for this D/ST. There are several better options that are listed in this article that you can roster and save some of your budget.