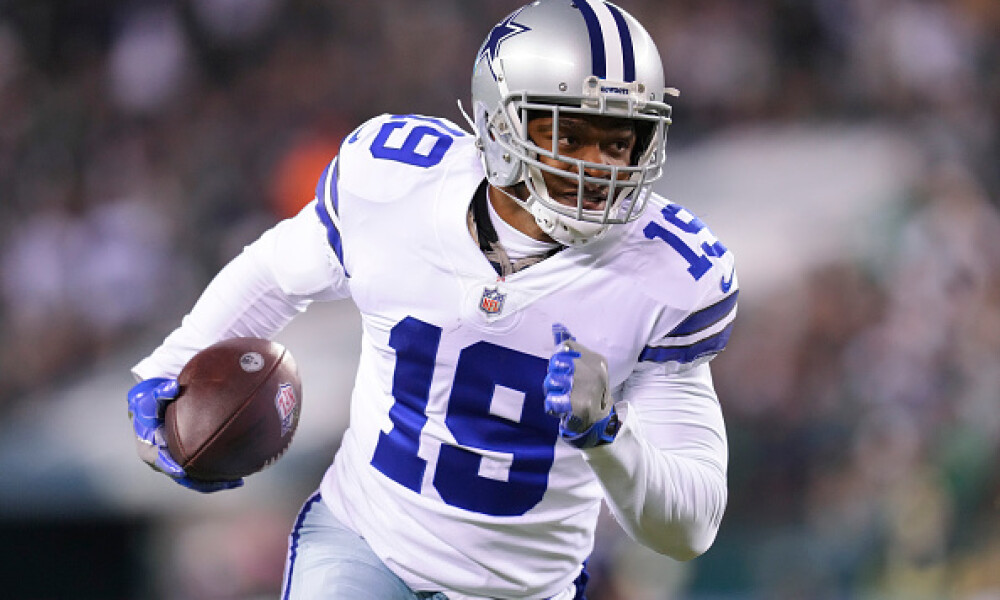 Tee Higgins, CIN - It’s really hard to fade Ja’Marr Chase due to his insane upside, but it’s really tough to fade Higgins at his price point. Vegas ranks 21st in DVOA against the pass, and 25th against the WR2. Higgins was quiet in an earlier matchup against the Raiders, but it’s hard to ignore that in a five week stretch from Weeks 12-16, Higgins had four 100+ yard performances with four total touchdowns. His upside is high as well, and I expect quite a few lineups on Saturday to feature Burrow, Chase and Higgins.

Zay Jones, LVR - I like playing Jones when Darren Waller was out of action, but even in Waller’s return, Jones still saw eight targets, which bumped his streak of games with at least seven targets to a healthy five. He can get down field, and one would think that Las Vegas will need to throw to keep up, and this game could be an insane shootout. The Bengals ranked 21st in explosive pass rate over the final four weeks of the season, per Sharp Football Stats.

Stefon Diggs, BUF - Yes, New England actively focuses on shutting down the opposition’s best weapon, which is clearly Diggs. However, in two games against the Pats this season, Diggs posted 11 receptions on 20 targets for 136 yards and one touchdown. The price point is high, and it’s a tough matchup, sure, but he can pop off at any time, and he has averaged nearly 85 yards per game against the Patriots for his entire career.

Ja’Marr Chase, CIN - Vegas ranks 21st in DVOA against the pass and 19th against the WR1. Here’s the thing with Chase, and why it’s hard to not play him this week: He has slate-breaking upside, and other than maybe Stefon Diggs, no other receiver can break a slate like Chase. If Cincy is getting a big win, it’s going to be on the back of the Joe Burrow to Ja’Marr Chase connection.

Gabriel Davis, BUF - We’ll need to watch Emmanuel Sanders’ status, but Davis seems to be the number two receiver now in Buffalo. I mean, the guy just got 14 targets last week, and over his last four games, he’s averaging four grabs on eight targets for 51.8 yards and 0.8 touchdowns per game, which comes out to 13.9 points in PPR and 11.9 in 0.5 PPR. Not bad for a guy who is just $4,600 on DraftKings and $5,500 on FanDuel. Also, on FanDuel, he’s $300 cheaper than Cole Beasley!

Mike Evans, TB - Evans has seven targets in each of the past two weeks, and he has three touchdowns on just 10 receptions. He was quiet against Philadelphia earlier this season, but a depleted receiver room has Evans locked-and-loaded as the clear-cut WR1. He’ll see some Darius Slay, but Evans’ frame is too big to ignore in the red zone. At the very least, he’s scoring this weekend.

Deebo Samuel, SF - Whether you think he’s a great pass-catching running back, or an excellent rushing wide receiver, Samuel is really good at this game of football, and he’s proven to be the catalyst and engine of this San Francisco offense. Do you know when the last time Samuel didn’t have 10 touches (receptions + rushes) in a game was? It was Week 14. Oh, he’s also scored a touchdown in seven of his last eight games. The only drawback to Samuel this week is that he is the highest priced receiver on the Sunday slate.

Amari Cooper, DAL - On DraftKings, Cooper has double-digit points in four of the last five weeks, whereas Lamb has just three such games, and his most recent one was Week 16. I’m going to save the $300 and go with Cooper. The 49ers are 28th in explosive pass rate over the last four weeks of the regular season, and they also rank 31st in DVOA against the opposition’s WR1.

Tyler Johnson, TB - I really struggled between Johnson and Scotty Miller. Of the “other” receivers in Tampa Bay, Johnson has a more reliable workload than Miller, so I will bank on that this week. If Philadelphia hones their attention on Mike Evans and Rob Gronkowski, the other receivers will need to step up. Johnson can work the short-to-intermediate game, and if all goes well, we could get four or five grabs for 50ish yards and a touchdown. However, I can’t help myself, so if you want to shoot for the moon, look at Scotty Miller.

Ray-Ray McCloud, PIT - McCloud has averaged nine targets per game over the last three weeks. He’s super cheap, and he allows you to get other studs in your lineup without sacrificing production. In what should be a game where Pittsburgh needs to score a bunch, and throw a bunch, McCloud has some appeal at his cheap price point. However, we need to keep an eye on JuJu‘s potential return.

DeVonta Smith, PHI - Philadelphia wants to run the ball. Tampa Bay can stop the run amongst the best of them. Smith had just 31 yards in an earlier matchup against the Bucs, but if Tampa Bay stops the run, we are going to get to see a Jalen Hurts led aerial assault. Smith could erupt in his first playoff game against this Tampa secondary.

ADDITION: JuJu Smith-Schuster, PIT - We’ll keep an eye on his practice availability throughout the week, but if he plays, why not throw a dart for just $3,000 on DraftKings?

Cooper Kupp, LAR - In two games this season against Arizona, Kupp put forth 18 receptions on 28 targets for 187 yards and one touchdown. He’s really good. No further analysis required.

Odell Beckham Jr., LAR - It seems that OBJ’s presence in the LA offense has been on deep balls and inside the 20s. For DFS purposes, we can take the boom-or-bust risk on a smaller slate. The Cardinals ranked 27th in explosive pass rate over the last four weeks of the regular season.

Christian Kirk, ARI - Jalen Ramsey likely doesn’t shadow any receiver, so Kirk will see him every now and again. That’s okay, he can thrive in those non-Ramsey snaps. Kirk hasn’t had massive games against the Rams this season, but the workload is there, as he’s averaged nearly eight targets per game over the final five weeks of the season. I think there are more attractive plays on the Cardinals’ side of the ball, but Kirk is a fine receiver to use this week.