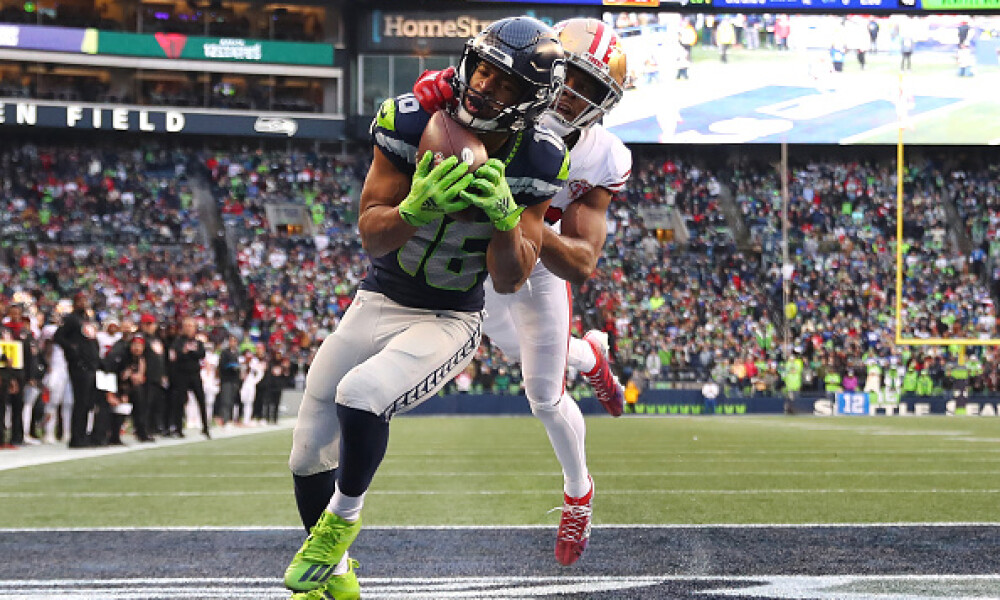 Tyler Lockett, SEA - I love Tyler Lockett this week. Over the last four weeks, the Arizona Cardinals have allowed the most fantasy points per game to opposing receivers, including 10 touchdowns allowed, and they rank 27th in explosive pass rate. What can Lockett do really well? The correct answer is a lot of things, but the answer I’m looking for is make plays downfield. Furthermore, Arizona ranks 23rd against the opposition’s WR2, and 29th versus other wideouts, which has me leaning Lockett over Metcalf.

Amon-Ra St. Brown, DET - It’s hard to ignore his usage of late. St. Brown has 11 or more targets in five straight games, and on FanDuel, he has 19 or more points in four of his last five. Green Bay should rest most of their key starters, especially on defense, which only makes this matchup more appealing for St. Brown. Can you believe in Week 18 that I’m essentially saying Amon-Ra St. Brown is quarterback proof? Crazy.

Stefon Diggs, BUF - The Bills control their destiny and can win the AFC East with a victory over the Jets. However, their seed is still yet to be determined, and the team needs to get Josh Allen back on the right track heading into playoffs. What better way to do so than let Allen air it out against the lowly Jets? New York ranks 31st in DVOA against the pass and he torched them for 162 yards and a touchdown earlier this season. Diggs has a touchdown in two of his last three games and is an excellent option in Week 18.

Cooper Kupp, LAR - I don’t really have to tell you why you should consider Kupp, right? The Rams need to win this game, and Kupp could get break some notable records, so you better believe they will force feed Kupp in this one. Back in Week 10 against the 49ers, Kupp had a down game, only catching 11 of 13 targets for only 122 yards.

Brandin Cooks, HOU - Fortunately, Cooks hasn’t succumbed to Davis Mills’ porous home and road splits. Fortunately, this game is at home, and while Tennessee has been better of late against wideouts, let’s not go annointing them as a powerhouse unit when their last four opponents have been the Dolphins, 49ers, Steelers and Jaguars. At home this year, Mills throws for nearly 80 more yards per game, with a rating that is nearly 40 points higher, and an impressive 9:1 TD/INT ratio. Cooks has double-digit targets in three straight games and is fine play this week at home.

Christian Kirk, ARI - The Cardinals are playing for the division title, but it starts with them winning, and ends with the Rams needing to lose to San Francisco. Kirk should get a normal workload in this contest, and if that’s the case, he’s going to crush this Seattle defense. Despite allowing just three touchdowns to wideouts over the last four weeks, the Seahawks have allowed the fifth-most fantasy points per game to the position. What does that mean? Volume kills this secondary, and that’s been the name of Kirk’s game of late, as he has nine or more targets in three straight games.

Chase Claypool, PIT - Diontae Johnson should be pretty highly owned this week, which I’m on board with, but I’m going to pivot over to Claypool. The Ravens are 29th in DVOA against the opposition’s WR2, and they have allowed the second-most fantasy points per game over the last four weeks. Lastly, the Ravens rank 31st (out of 32) in explosive pass rate this season, and a slightly better 30th over the last four weeks.

Ashton Dulin, IND - Do you want a super deep dart throw for a GPP? Here it is. Ashton Dulin. Per Sharp Football Stats, the Jaguars rank 30th in explosive pass rate and Carson Wentz usually takes one deep ball per game to Dulin (13.1 aDOT). His upside is capped given his lower target share, but he has two touchdowns in the last five weeks, and he was the main target on Carson Wentz’s touchdown pass to T.Y. Hilton last week. It might not sound like much, but Dulin has played at least 40 percent of the snaps in each of the last three weeks. I also like Michael Pittman a good deal in this matchup as well.

Cyril Grayson, TB - Well, the whole Antonio Brown thing happened, so let’s just move along. Grayson has Tom Brady’s trust, and the wideout has 11 targets over the last two weeks, including eight (!!) last week. He logged 64 percent of the snaps last week and is a big play waiting to happen.

Jarvis Landry, CLE - If Baker Mayfield was playing, I’d be all in on Landry, considering he’s the only one Mayfield has eyes for. Well, at least it feels that way. There’s too many options at a similar price point that I like more than Landry this week, meaning I’ll have zero percent exposure to the veteran slot man in the final week of the regular season.