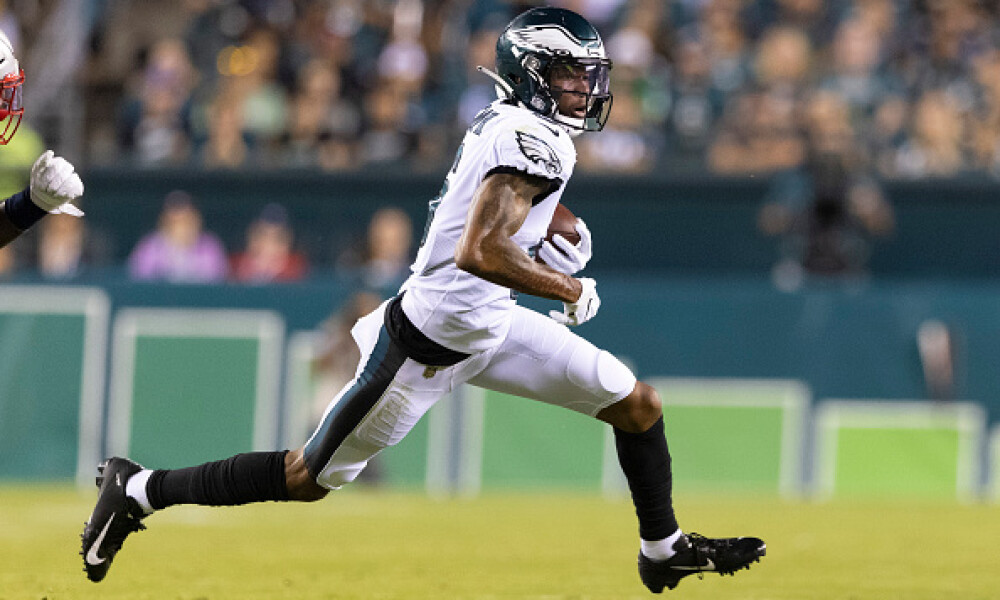 DeAndre Hopkins, ARI - Going back to his time in Houston, Hopkins has crushed Tennessee. In 13 career games against Tennessee, Hopkins has averaged 6.4 receptions for 101 yards and 0.64 touchdowns per game. This figures to be a high-scoring game, and Murray should be throwing the ball a good bit. Only three teams allowed more fantasy points on DraftKings to opposing receivers in 2020 than the Titans, and Tennessee’s cornerback group figures to be one of the weaker aspects of this defense, if not the weakest.

Justin Jefferson, MIN - I liked Justin Jefferson prior to the news of Trae Waynes missing this game. So, the admiration only intensifies! Chidobe Awuzie and Eli Apple on the outside should inspire little confidence for Cincinnati fans, and the least favorable matchup overall would be when Jefferson goes to the slot and squares off against Mike Hilton. However, Jefferson still has the upper hand there. The more points Cincinnati can put on the board the better.

Calvin Ridley, ATL - I don’t care if it is Steven Nelson or Darius Slay covering Ridley, because they don’t stand a chance. Slay allowed nearly 77 percent of his targets to be caught last year, and just over 12 yards per reception. Matt Ryan isn’t afraid to throw it downfield, and if his team gets behind, he might have to do so regularly. Ridley had a 22.8 percent target share last year, and with no Julio Jones in the mix, he could push for the league’s highest target share in 2021. It starts right here in Week 1 in a great matchup against a lackluster Philadelphia secondary.

D.J. Chark, JAC - The Houston cornerbacks aren’t great, and its best corner is suspended (Bradley Roby) for this contest. It looks as if Chark will see a good bit of Vernon Hargreaves, who is absolutely atrocious. Hargreaves was Pro Football Focus’ 117th ranked corner out of 121 qualified corners. Ouch. Trevor Lawrence is set up for a nice debut against a Houston defense that allowed a league-worst 69.7 percent completion rate in 2020. Sure, Lovie Smith is implementing a new scheme for the Houston defense, but the secondary, outside of Desmond King, lacks real talent, and Chark is a big play waiting to happen.

DeVonta Smith, PHI - No team allowed more passing yards last year than the Atlanta Falcons, and only two teams allowed more passing touchdowns than the Falcons. I have my issues with Jalen Hurts as a passer, but this is about as good as an opening matchup that you could want for the Hurts-to-Smith era in Philadelphia. The Falcons had a bad secondary last year, and didn’t do much this offseason to improve upon it, so it could be more of the same. Smith, even in his NFL debut, is severely underpriced for a team’s WR1 in a great matchup that could be one of the highest-scoring games of the week.

Tyler Boyd, CIN - Do I like the other Cincinnati receivers? Of course. However, I expect ownership to really push towards Tee Higgins and Ja’marr Chase, opening the door for production at a lower ownership with Boyd. With Joe Burrow under center in 2020, Boyd had a 22 percent target share and was the WR11 in PPR formats. Chase has had some issues in the preseason and everyone loves Higgins’ touchdown potential, but Boyd actually led the Cincinnati receivers in red zone targets in 2020 when Boyd was under center. Boyd should have the lower ownership numbers of the big three receivers in Cincinnati, and on DraftKings, I’m loving Boyd’s potential with a full point per reception.

Marquez Callaway, NO - Jameis Winston is no stranger to pushing it downfield and Callaway has impressed in the preseason. Ideally, Callaway will remain on the opposite side of the field as Jaire Alexander, because Kevin King is a far more advantageous corner to face, seeing as he was PFF’s 99th corner (out of 121) in 2020. Even if he does face Alexander on some snaps, Winston simply does not care, and Callaway should lead the New Orleans receivers in targets on Sunday. Green Bay will score, and New Orleans will need to do so as well. Keep in mind that Callaway’s ownership is likely to be sky high, given his expected volume and price tag.

Michael Pittman, IND - A lot of people seem to like the Seattle offense in this one, so if Indianapolis needs to score, you should like the team’s number one receiver Michael Pittman. He’ll have some tough reps against Seattle’s D.J. Reed, but if Indianapolis moves him around a bit, he’ll have more advantageous matchups against the rest of the Seattle secondary. He’s very affordable on both sites, and he’s the prototypical X receiver that Carson Wentz will come to love. The second-year receiver should have no problem putting up 2x-3x value in what could be a higher scoring game than some believe.

Marvin Jones, JAC - I’m looking at Jones on DraftKings because he’s only $3,600! I really like Chark a lot today, as seen earlier in my write up for him, but on DraftKings, you have to play Jones. At just $3,600, he’s way cheaper than Chark ($5,800) and Laviska Shenault ($5,000) and he’s going up against the same porous Houston secondary, with a good individual matchup against Terrance Mitchell. On FanDuel, Chark is the play, because pricing is much more similar, but you have to take the value presented on DraftKings with Jones at just $3,600. For the record, Jones is cheaper than Jalen Reagor, Marquez Valdes-Scantling, Tim Patrick and Jakeem Grant on DraftKings in Week 1. Let that sink in.

Kenny Golladay, NYG - Golladay is back to practicing but he’s missed a lot of time in the preseason with a hamstring issue and faces one of the league’s best pass defenses in Week 1. Kyle Fuller, Bryce Callahan, Ronald Darby and first-round draft pick Patrick Surtain will wreak havoc on wide receivers this year and the upside just isn’t there in this matchup for Golladay. Denver will have one of, if not the best pass defense this year, and wide receivers don’t figure to have much success against them this year, and that starts Week 1 with Daniel Jones and Kenny Golladay.

Jakobi Meyers, NE - Much like Golladay, this solely has to do with the matchup. Miami has a very good defense, and they employ two excellent corners in Byron Jones and Xavien Howard. I like Mac Jones and think he’ll do well for New England this year, but this is a very tough matchup, and even though Meyes doesn’t command a huge chunk of change, I’d rather pay elsewhere for a wide receiver in a far more favorable matchup.