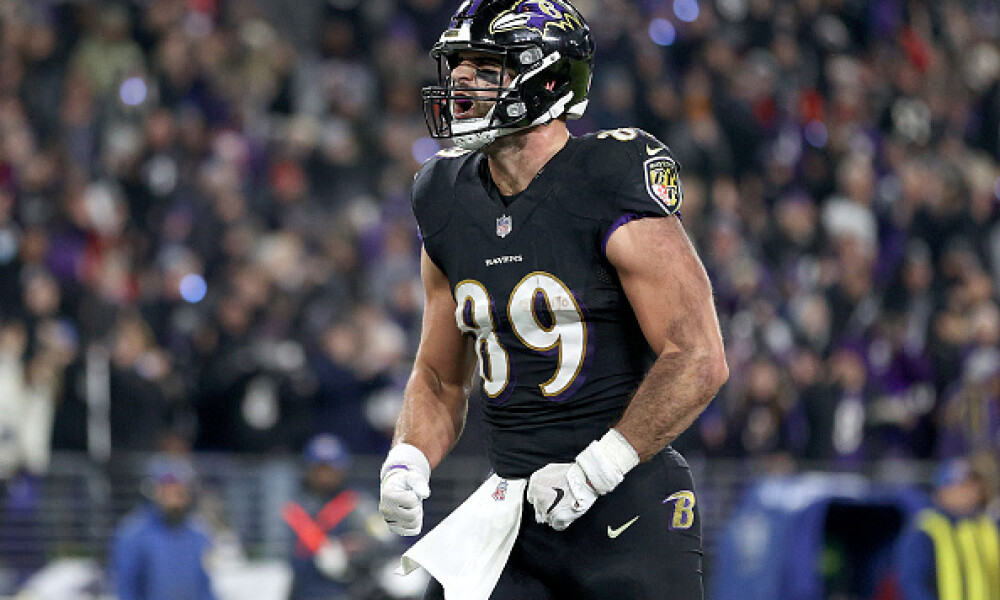 What a hectic week.  To put it in perspective, we originally had Tyler Higbee and Gerald Everett in our value tier.  They got pushed off the main slate (Higbee didn’t even play and Everett had a solid 10 points).  Luckily we were able to pivot the article before kickoff Sunday to have James O’Shaughnessy who gave us a solid 10 points and 3.12X return!  We also had Dallas Goedert (TE2), George Kittle (TE4), and Zach Ertz (TE5) so well rounded there but have to admit that we whiffed by having Dalton Schultz (TE3) in the fade section.  Shout out to Jon Impemba for nailing that pick in his Contrarian Corner video!

Mark Andrews -  With Kelce having COVID19, Andrews becomes the premium option this week. In fact, Kelce faces a top 10 defense vs. the TE and Andrews faces a bottom 10 defense (all at a lower price) so Andrews was likely the play anyway.  Andrews has run the second most route this season (behind only Kelce) and he leads the league in both red zone and end zone targets so it really doesn’t get much more “elite”.  And he’s already proven that he can do it with Tyler Huntley at QB.  He’s 14% of your budget on DK and 13% on Yahoo so slight discount if you want to build your lineup over there.

Rob Gronkowski-  This one might fall into the category of “too chalky”.  You have Chris Godwin out.  You have Mike Evans banged up.  And you have Antonio Brown playing his first game back in some time, likely facing Stephon Gilmore.  A lot of people will recognize that but, at the same time, it makes Gronk someone that needs to be on our radar and possibly peppered into some lineups.  He got 11 targets last week so they clearly aren’t shy about throwing his way.  He’s actually fairly evenly priced right around 12% of your budget on both platforms so pick your poison.

Kyle Pitts - Kyle Pitts has not been particularly easy to trust and his schedule is not great so this is likely the last opportunity to use him.  Fortunately, he gets the Lions so it’s a good one.  The Falcons are still technically in it at 6-8 and they have no reason to not play to win so Kyle Pitts, who has been operating primarily as a wide receiver, will get a chance to showcase exactly what he can do.  The targets have been there but the coverage has been tough - the Lions really don’t have anyone that offers tough coverage. At 11.6% on DK and 8.5% on Yahoo, you get a nice discount on the Y! platform.

Noah Fant - This honestly has not been a play that we are making often.  And that’s mostly because they do spread the ball out to a certain degree.  But Las Vegas has been a team that funnels the ball towards the middle of the field and which naturally benefits the tight end - the Raiders are the third worst team in the league vs. the tight end.  You aren’t going to get a much better matchup than this and Fant has averaged four catches a week over the last five weeks which makes him highly likely to return value at his price point - which is all you can ask for as a cheaper option in head to head or 50/50 lineups.  In bigger tournaments, you likely want more upside though.  He’s right around 9% on both platforms so either works.

Evan Engram - It might actually be a sickness at this point.  But I refuse to give up on Evan Engram.  He’s got the speed.  He’s got the ability.  The awareness and execution have not been great but we have seen him make tremendous plays.  This week he is super cheap and he goes against the absolute worst tight end defense in the league in the Eagles.  If he doesn’t do it this week, I promise you he will not be on here again.  At 6.8% on DK and 7.5% on Yahoo, Engram is DraftKings play.  If you need to free up a small amount of cash, we actually also really like Cole Kmet vs. the Seahawks at this same price point.  Engram is $3,400 on DK and $15 on Yahoo while Kmet is $3,300 and $14 so I’d suggest making a couple lineups with each to be safe.

James O’Shaughnessy - Warning you up front - we might need to pivot off of this pick if Dan Arnold is active and playing.  I will update this article if that’s the case but keep your ear to the streets.  Otherwise, I don’t see why he would be priced to low once again?  The guy consistently gets 5-6 targets in this offense and he just gave us 10 points in this tier which is easy money back. He’s once again $3,200 on DK and $11 on Yahoo - $10 is the bare minimum on Yahoo.  He plays more snaps at WR than TE and he’s clearly part of that attack so it’s a very simple, cheap play.

Cameron Brate - This is not a sexy pick by any means.  But there are no sexy picks in this price range.  We already talked about how the Bucs are down their top pass catcher and their second one is banged up. Cameron Brate has always served as the next man up to a certain degree and he actually has 18 red zone targets which is tied with Rob Gronkowksi and Pat Freiermuth for 9th in the entire league among tight ends.  No player that is the bare minimum price should be getting regular targets or redzone/endzone targets so Cameron Brate is clearly underpriced.  Whether he does anything at all is obviously always a question but, when you are just trying to make a super team with a dart throw tight end, those are the risks you take.

Dawson Knox - People aren’t going to like this.  But I really don’t care.  I understand Cole Beasley is out and Manny Sanders is banged up.  But the Patriots do two things well.  They take away what you want to do (which is use Knox in the red zone).  And they stop the tight end (they haven’t let up a 100 yard game to a tight end since 2018).  This is the second best defense vs. the tight end this season.  No reason to use this player here.

Hunter Henry - I’m a big Hunter Henry fan - that is no secret.  But this just isn’t the right spot.  Last week was the right spot vs. the Colts.  The Bills are the fourth best team vs. the tight end.  And that’s largely because linebacker Matt Milano and their safeties are just flat out good vs. the tight end.  Bill Belichick and Josh McDaniels are not afraid to take the easy play or what they are given so Hunter Henry just doesn’t seem like a guy who will be peppered with targets this week.  Next week vs. the Jaguars we can use Henry.