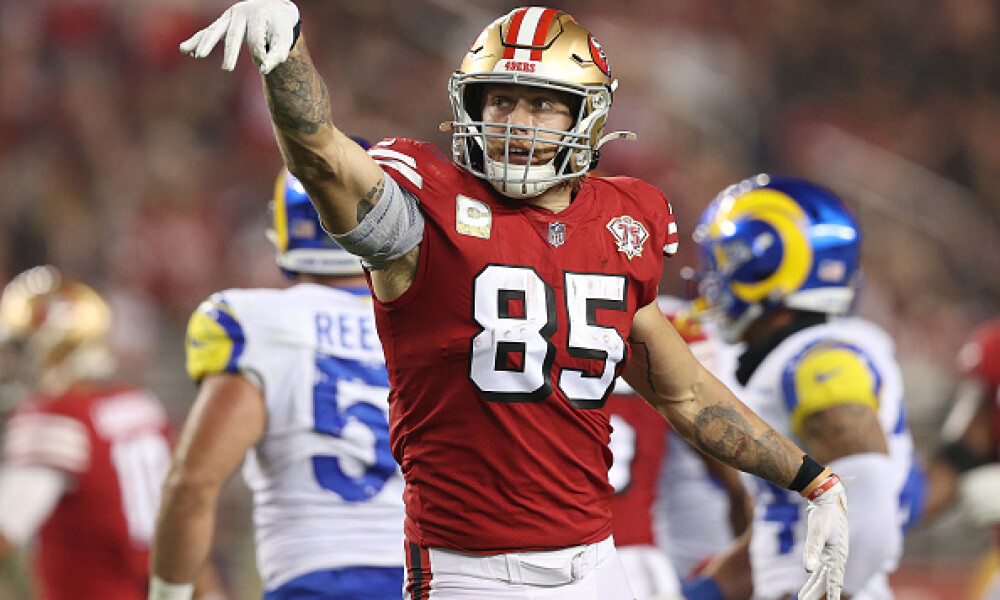 It was a down week across the board for tight ends - only Hunter Henry and Tyler Conklin scored more than 15 points on DraftKings.  TJ Hockenson was a big whiff for us with the goose egg but at least Dan Arnold (TE4), Noah Fant (TE6), Kyle Pitts (TE8), and our bonus dart throw, Adam Trautman (TE10) kept our lineups afloat.  On to week 11 we go!

Value Tier: the bargain bin players that are risky by nature but can have a huge upside in terms of value created

Travis Kelce -  The elite tier this week is going to be about as easy as they make ‘em.  If you can afford Travis Kelce, that’s the play.  The over/under for this game is 56 meaning shootout.  The Cowboys have been a bottom 5-10 defense vs. the tight end position for most of the season.  Travis Kelce is the best tight end in the league.  There is no safer play which is why he costs so much more than everyone else.  Kelce is 15% of your budget on Yahoo and only 14.2% on DraftKings so slight discount on DK if you are going to build a lineup around him.

George Kittle - Like we said, kind of easy this week at the top.  Waller and Hockenson haven’t been amazing while Mark Andrews goes up against a top five defense vs. the tight end.  And all are fairly similarly priced with Kittle who gets the Jacksonville Jaguars.  Kittle jumped right back into the swing of things with back to back 7+ target games and back to back touchdowns so he’s right back in stride.  His 52 snaps last week were actually more than Deebo Samuel, believe it or not.  He’s almost perfectly evenly priced on both Yahoo and DraftKings so you can pick your poison.

Mike Gesicki - There is a video floating around where someone asks Mike Gesicki about National Tight End Day and he says “more like big slot WR day”.  He knows it, I know it, you know it.  This guy plays 95% of his snaps at WR rather than tight end which makes him a bit of a cheat code for fantasy football.  With DeVante Parker and Willer Fuller out once again, I don’t see why that would stop.  And this week he gets the Jets.  People may be scared after he put up zero points which makes him a great pick for us - we care about targets (7), red-zone targets (2), and end zone targets (1). Gesicki is poised for a bounce back.  He’s 10.4% of your budget on DK and 9.5% on Yahoo so a bit of a discount on Yahoo.

Dan Arnold - We’ve been talking about Dan Arnold for weeks and he keeps delivering.   Last three weeks - 10 targets, 7 targets, 8 targets.  We mentioned earlier that he was the TE4 last week on the main slate.  And he’s been doing all that without any TDs which he’s bound to score at some point.  So why is he once again priced as the 16th most expensive TE on the main slate on Yahoo? We will continue to take advantage of this discrepancy until they fix it.  Fantasy doesn’t have to be hard.  He’s 8.2% of your budget on DraftKings and only 6.5% on Yahoo so that’s the place to make your lineups.

Cole Kmet - These two value tier plays actually work out perfectly because one is a better deal on each platform.  Cole Kmet is 6.8% of your budget on DraftKings and 7.5% of your budget on Yahoo so, if you need a discount TE on DK, go Kmet.  All year we’ve been talking about his excellent deployment in terms of snap share and WR snaps.  His target share has been good but 20% of 20 passes is only four targets so his output wasn't. But now the team is actually throwing the ball and he’s had 5, 6, 6, and 8 targets the last few games.  Baltimore is a bottom-five team vs. the tight end so this is a slam spot.

John Bates - As is often the case with these bottom floor pricing bonus plays, it’s contingent on some things.  With Logan Thomas and Ricky Seals-Jones both out last week, Bates actually jumped right into that Logan Thomas role-playing a ton of snaps and getting three targets.  To put things in perspective, Bates in the first eight games this season played 12 snaps at WR combined.  Last week, even with RSJ playing 33 snaps before getting hurt, Bates lined up at WR 24 times.  So he doubled his season total in just one game. At $2,500 on DK and $10 on Yahoo, three targets alone is honestly more than anyone at that level sees.  Neither Thomas or RSJ have practiced so far this week so, if they are both out, you’ve got to make a John Bates lineup somewhere. He would have a very good shot to return value and he frees up a lot of high end options at other positions.

Dallas Goedert -  Some folks try to find ways to trick the system a bit without using analytics.  Sometimes they say “okay, Dallas Goedert was hurt but now he’s back at practice so he should have low ownership”.  That may be the case but Dallas Goedert also faces one of the toughest TE defenses in the league with the New Orlean Saints.  Demario Davis, Malcolm Jenkins, and the game are no joke.  So he wasn’t really a great start anyway.  We would not have recommended him at his price point even if he was coming off a full week of practice.

Tyler Conklin - There is no tight end in the entire league that has blocked on more pass plays than Tyler Conklin.  I don’t know how else to say it - this is a disaster waiting to happen.  His numbers have been buoyed a bit facing some of the worst TE defenses in the league the last few weeks but his deployment really doesn’t offer much in terms of upside.  He either scores or he doesn’t.  Both Kmet and Trautman are cheaper so I see no reason to use him.