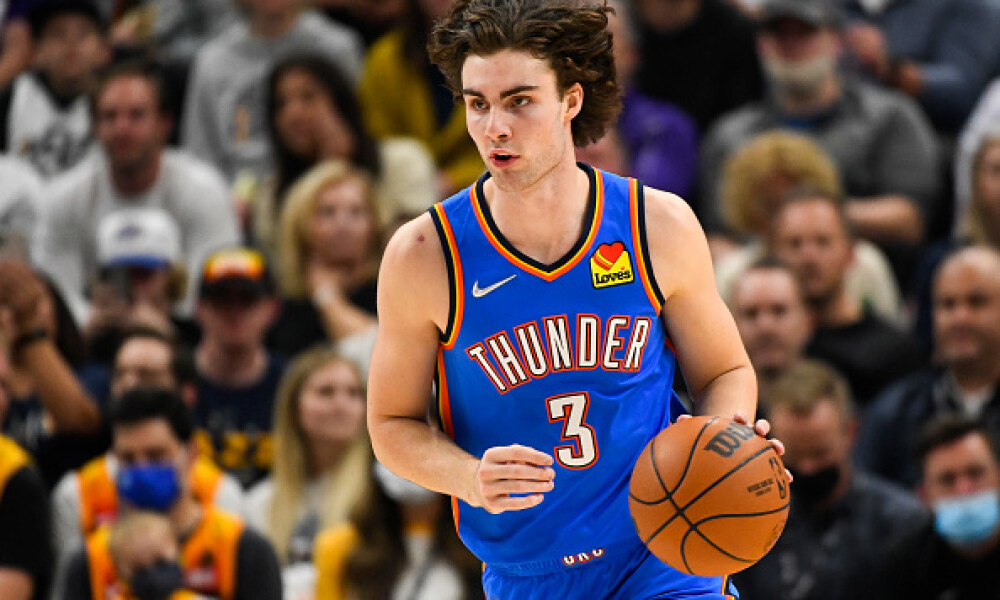 McConnell got the start last night with Malcolm Brogdon out and wasn't great with eight points, four rebounds, four assists and two steals for 22.5 DK points. He shot 4-for-14 from the field. If he can improve on the shooting, he can get value and his price dropped $500 from last night. Brogdon is listed as doubtful against the Raptors.

Giddey has played at least 32 minutes in two of the last three games. He is averaging 10.8 points, 6.2 rebounds, 5.6 assists and 1.4 steals. The Thunder play the Warriors for the second time this season. The rookie had 27.75 DK points against Golden State on Tuesday.

Walker said this is the best he has felt in a long time. He has 38.25 and 35 DK points in the last two games, shooting 14-for-27 from the field. It's a good matchup against the Pelicans, who could be without Brandon Ingram, who is listed as doubtful. The Knicks rank fourth in offensive efficiency.

Mike Conley is out tonight and Clarkson will benefit. When Conley was out last season, Clarkson averaged 21.3 points per game. Clarkson will shoot more and he has already taken 16, 15 and 19 shots the last three games and has played 24 minutes in each of those games.

Trent is averaging 14.5 points, 3.5 rebounds and 1.2 assists per game, while shooting 38.5 percent from the field, including 34.3 percent from three-point range, well below his career averages and he still has at least 34.6 FD points in the last two games. Trent shot 7-for-13 from the field last night and gets a Pacers defense allowing opponents to shoot 37.9 percent from beyond the arc, which ranks 26th in the NBA.

Ingles usually was the starter when Mike Conley was out last season and Conley is out. Ingles averaged 14.7 points, 5.8 assists and 3.8 rebounds and averaged 30.8 minutes per game. He averaged 28.6 FD points as a starter in 30 games.

Bane has been really cheap and has seen the price increase $5 since the last game. He's still a good value. He has played at least 30 minutes in three of the last four games, including a season-high 38 minutes against the Warriors Thursday. Bane is averaging 19.2 points, 4.6 rebounds, 2.4 assists and 1.2 steals. He has at least 28.1 Yahoo points in all five games.

Allen is starting for the Bucks and his salary has remained at this price for the fifth straight game. Allen is averaging close to 29 minutes per game with 13.2 points, four rebounds, 1.8 assists and one steal per game. He is averaging 23.9 Yahoo points per game and has hit at least 28.8 twice.

Hayes is always risky, but he's the minimum and starting in a great spot against the Magic, who are playing on a back-to-back and rank last in defensive efficiency and allow 114.2 points per game. Hayes played almost 32 minutes on Thursday against the 76ers and had 29 Yahoo points. He had 23 in the prior game.