Calen Addison is a nominee for the Bill Hunter Memorial Trophy, which goes to the WHL's top defenseman.

WHL.ca
Addison was named the WHL Eastern Conference Defenseman of the Year on Monday. The winner of the Bill Hunter Memorial Trophy will be announced on Tuesday, May 19. He finished tied for seventh in scoring among WHL blueliners with 52 points (10 goals, 42 assists) in 50 games for Lethbridge. Addison was chosen in the second round (53rd overall) of the 2018 NHL Draft by the Pittsburgh Penguins. He was acquired by the Wild in February 2020 in the Jason Zucker-Alex Galchenyuk trade.
Added Apr 20 2:32 pm (EST)
Added Apr 20 2:32 pm (EST) 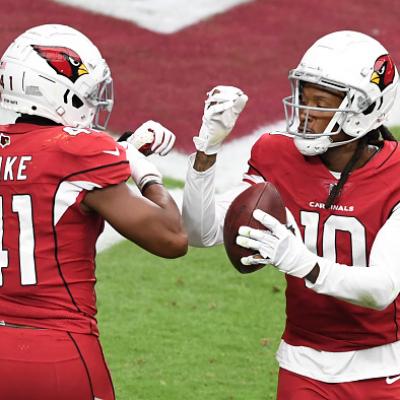 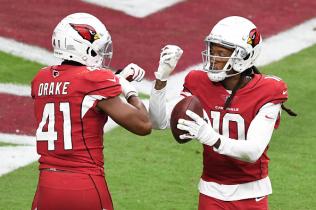 L. Hajek - D
NYR
Libor Hajek could be the main beneficiary of the trade to Detroit of Marc Staal.
While K'Andre Miller could also crack the Rangers lineup on the blueline, Miller may need some playing time in the AHL, while Hajek has already done that. Hajek is currently playing for HC Olomouck of the Czech League but will be recalled once NHL training camps start up again. Hajek had five assists in 28 games for the Rangers in 2019-20 and while he does not have fantasy value in traditional leagues, he should be a third pairing for New York.
Added 10:00 am (EST)
Added 10:00 am (EST)

A. Johnsson - F
TOR
According to reports, the Columbus Blue Jackets are showing some interest in Toronto winger Andreas Johnsson.
This would make some sense as the Blue Jackets need offense up front while being strong on the blueline, a place where the Maple Leafs need help. Johnsson suffered a knee injury on February 13 and could not return until Game 5 of the play-in series on August 9. Johnsson had only eight goals and 21 points in 43 games but was a bottom-six forward in Toronto, something he wouldn't be in the Ohio Capital.
Added 9:55 am (EST)
Added 9:55 am (EST)

B. Point - RW
TB
Brayden Point picked up two assists in the Lightning's 3-2 double overtime loss to Dallas in Game 5 of the Stanley Cup Final.
Point assisted on both Bolts goals and has 32 points, one less than teammate Nikita Kucherov for the NHL lead. Point has been even better of late with 25 points in his last 15 games and he has missed a couple of contests in that span due to injury. Point has an excellent chance of winning the Conn Smythe, if Tampa Bay manages to get one more win as they lead the series 3-2.
Added 9:19 am (EST)
Added 9:19 am (EST)

J. Pavelski - F
DAL
The Dallas Stars off-season acquisitions of Joe Pavelski and Corey Perry worked out great in Game 5.
Both have played very well throughout the playoffs but especially in Game 5 as Pavelski scored the tying goal to send it into overtime while Perry scored the double overtime winner, his second of the game in a 3-2 win to extend the series to at least six games. Pavelski had only 31 points in the regular season but has 13 goals and 19 points in an outstanding playoff while Perry had only five goals and 21 points in 57 games but has five goals and nine points in the playoffs including three goals in his last two contests. Both bring more than just offense to the dressing room and rink and kudos to GM Jim Nill for the acquisitions.
Added 9:04 am (EST)
Added 9:04 am (EST)

T. Seguin - F
DAL
Tyler Seguin registered three assists in Saturday's 3-2 double OT win over the Tampa Bay Lightning in Game 5 of the Stanley Cup Final.
Seguin picked up the primary helper on Corey Perry's first-period goal and he also notched an assist on Joe Pavelski's game-tying goal in the third frame. The Stars didn't seem to have much energy left in the first overtime, but they managed to get the game-winner from Perry in the second OT. Seguin picked up the secondary assist on the game-winning goal, too. The Stars forward became just the second player in Dallas Stars/Minnesota North Stars history to pick up at least three assists in a Stanley Cup Final game (Brad Maxwell had four assists in the 1981 final). Seguin now has two goals and 11 assists in 25 postseason games. The Stars can even up this series with a win on Monday night.
Added 12:28 am (EST)
Added 12:28 am (EST)

O. Palat - F
TB
Ondrej Palat scored a goal in Saturday's 3-2 double OT loss to the Dallas Stars in Game 5 of the Stanley Cup Final.
Palat used a great power move to get around Stars defenseman Esa Lindell before scoring the game-tying goal early in the second period. Teammate Mikhail Sergachev gave the Lightning a 2-1 lead in the third period, but they couldn't hang on for the Stanley Cup win. Palat and the Lightning were clearly the better team in the first overtime, but they simply couldn't find the back of the Stars net. In the second OT frame, Corey Perry gave the Stars the win. Palat now has points in four consecutive games. He's up to 11 goals and 18 points in 24 postseason contests. A win in Game 6 on Monday night would give the Lightning the Stanley Cup.
Added 12:24 am (EST)
Added 12:24 am (EST)

J. Pavelski - F
DAL
Joe Pavelski scored a goal in Saturday's 3-2 double overtime win over the Tampa Bay Lightning in Game 5 of the Stanley Cup Final.
The Stars found themselves down 2-1 in the third period of this elimination game when Pavelski managed to score the game-tying goal at the 13:15 mark of the frame. That goal also allowed him to become the all-time leading goal scorer for America born players in the Stanley Cup Playoffs, with 61. The Stars veteran didn't come up with the game-winner (that went to Corey Perry), but he managed to block a huge shot in the first overtime. Pavelski now has 13 goals and 19 points in 26 postseason contests. The Stars can even this series up by winning Game 6 on Monday night.
Added 12:19 am (EST)
Added 12:19 am (EST)