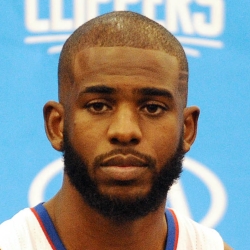 There are still people within the Knicks organization that feel trading for Chris Paul could help jump-start their effort to build a winning culture, according to Ian Begley of SNY.

SNY on Twitter
For some context, it's slow news wise and this was answered via a question from a reader, and there have also been some reports of the Knicks having interest in CP3 for months -- other reporters have also echoed this interest prior to today. New Knicks president Leon Rose was Paul's agent, so those two have a relationship over the years. Paul is going to be 35 next week, but he had a huge impact in his first year with OKC, putting up his second best TS% of his career while playing at the fastest pace of his career.
Added Apr 30 3:13 pm (EST)
Added Apr 30 3:13 pm (EST) 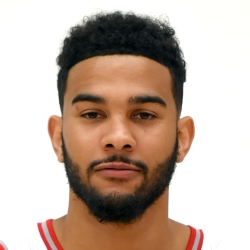 A. Burks - SG
NYK
Alec Burks (knee contusion) is doubtful for Friday vs. the Suns.
The Knicks are also expected to be without Immanuel Quickley (ankle). Derrick Rose is set up for a monster workload in a primetime matchup and Elfrid Payton could get a few more minutes too.
Added 7:29 pm (EST)
Added 7:29 pm (EST)

I. Quickley - PG
NYK
Immanuel Quickley (sprained left ankle) is doubtful for Friday vs. the Suns.
Alec Burks (contused left knee) is also doubtful so the Knicks will be a little short-handed in the backcourt. Derrick Rose gets a big bump with this news and Elfrid Payton may have a higher floor after struggling for several weeks.
Added 7:25 pm (EST)
Added 7:25 pm (EST)

M. Morris - PG
DEN
Monte Morris (strained right hamstring) will not play on Friday vs. the Jazz.
Denver continues to rule him out a day in advance which suggests he's not too close. The Facundo Campazzo show rolls on in Denver as a terrific source of dimes, steals and triples.
Added 7:22 pm (EST)
Added 7:22 pm (EST)

J. McDaniels - PF
MIN
Jaden McDaniels (personal) won't play vs. the Heat on Friday.
McDaniels hasn't scored double-digit points since Apr. 20 but he has been chipping in decent stats elsewhere, so deep-league managers may need to pivot as a result of his absence. Jarred Vanderbilt stands to benefit with extra playing time, and maybe we'll even see Jake Layman in the rotation.
Added 7:16 pm (EST)
Added 7:16 pm (EST)

U. Azubuike - C
UTA
Udoka Azubuike (ankle) is probable for Friday vs. the Nuggets.
He's been sidelined since severely injuring his right ankle during the G League bubble back in February. He's not guaranteed any minutes with the Jazz healthy up front.
Added 7:13 pm (EST)
Added 7:13 pm (EST)