Lou Williams relayed that he wants to finish his career in Los Angeles with the Clippers.

ESPN on YouTube
In a wide-ranging interview with ESPN's Ros Gold-Onwude, Williams talked about Kobe Bryant, Allen Iverson, and all of the many stops in his career. Sweet Lou made it clear that he doesn't want to add any new teams and cities to the list. “This is it,” Williams said. “Listen, all teams out there, I’m not playing for anybody else after this. … That’s my leverage. I identify with this group of guys, I identify with this organization. I don’t see me finding that somewhere else.” Williams also stated that he believes he has four good years left, which would take him to 19 seasons in the league. It's hard to argue with his thoughts, as he's still playing at a really high level into his mid-30s.
Added Apr 19 10:19 am (EST)
Added Apr 19 10:19 am (EST) 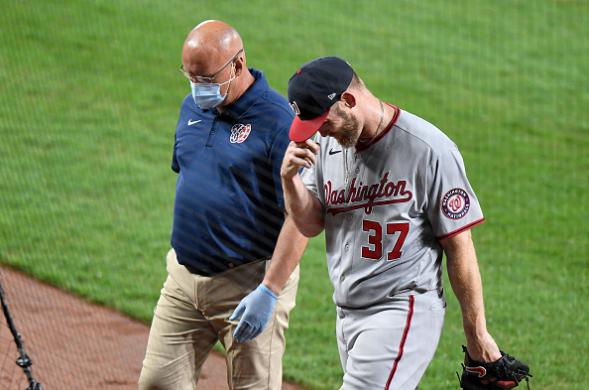 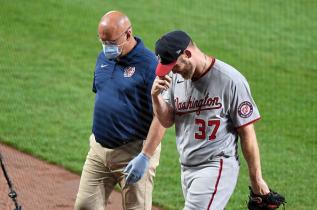 S. Curry - PG
GSW
Stephen Curry (ankle sprain) is questionable to play on Monday against the Sixers.
Curry played through the injury on Saturday, but that doesn't mean he's feeling 100 percent. There's a chance the Warriors rest him given he's had an ailing tailbone as well. If he doesn't play, Jordan Poole and Draymond green should benefit the most statistically.
Added 11:16 pm (EST)
Added 11:16 pm (EST)

C. Okeke - PF
ORL
Chuma Okeke hit 6-of-17 shots and 2-of-6 3-pointers for 14 points, two assists, four rebounds, four steals, and one block with two turnovers in a loss to the Rockets on Sunday.
Okeke's four steals all came in the first half and set a new career-high. Clearly, his sore right hip is feeling better. He also made two 3-pointers for the second game in a row, after sinking just three 3-pointers in his first seven games this month. Maybe his offensive slump is ending.
Added 11:04 pm (EST)
Added 11:04 pm (EST)

D. Bacon - SG
ORL
Dwayne Bacon hit 7-of-14 shots, 1-of-5 3-pointers, and 7-of-7 free throws for 22 points, two assists, three rebounds, three steals, and one turnover in a loss to the Rockets on Sunday.
Bacon notched his fourth 20-point game this season and his first since March 28th. His seven made field goals were his most since that night, and his made 3-pointer was just his fourth in 10 April games. Bacon is too hot-and-cold to value in most fantasy leagues.
Added 10:55 pm (EST)
Added 10:55 pm (EST)

M. Kleber - PF
DAL
Maxi Kleber laid an egg through 21 minutes as a starter on Sunday, bricking all three of his shots and finishing with just three rebounds, one block and two turnovers in a loss to the Kings.
Kleber has started 35 games for the Mavericks this season, but he typically doesn't bring much to the box score, particularly when Kristaps Porzingis is on the floor. Leave him on the wire.
Added 10:53 pm (EST)
Added 10:53 pm (EST)

L. Doncic - PG
DAL
Luka Doncic's 37 points were not enough for the Mavericks to get a win over the Kings on Sunday.
Doncic got off to a poor start tonight, bricking his first five shots and going just 3-of-11 from the floor through the first half of action, but he completely flipped the script after halftime and finished 14-of-27 from the field as he tried to guide the Mavericks to a comeback win. He added eight rebounds, four assists, four 3-pointers, one steal, three blocks and four turnovers in his 36 minutes of floor time, so this was essentially your prototypical Luke Doncic stat line.
Added 10:50 pm (EST)
Added 10:50 pm (EST)

M. Bamba - C
ORL
Mo Bamba hit 5-of-9 shots and 1-of-3 3-pointers for 11 points, two assists, nine rebounds, and one block with one turnover in a loss to the Rockets on Sunday.
Bamba played through a bruised hip and neared a double-double in just 16 minutes. As long as he sees near 20 minutes, Bamba can put up a full game's worth of stats.
Added 10:48 pm (EST)
Added 10:48 pm (EST)

K. Porzingis - PF
DAL
Kristaps Porzingis went just 3-of-14 from the floor on Sunday for nine points, 11 rebounds, three assists and one 3-pointer over 37 minutes in a loss to the Kings.
KP opened the game by bricking his first three shots, and he just never really got things going, although that was a team-wide trend with Dallas going just 1-of-9 from the field to begin the game and they only converted on 37% of their shot attempts through the first half of action. The Mavs are now just 0.5 games ahead of the Grizzlies for the No. 7 spot out West, so they're in danger of needing to go through a play-in tournament this season in order to make the playoffs.
Added 10:41 pm (EST)
Added 10:41 pm (EST)