Howard Bender shows you who the proper handcuffs are on each team and who you need to know on Draft Day. 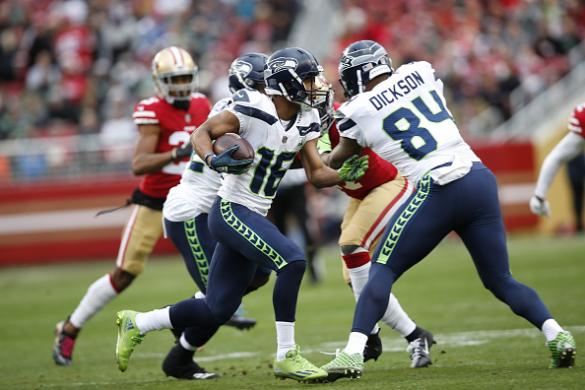 By now, you should have already read “The Value of Handcuffing” in our 30 Strategies section and if you checked it out recently, you will also have gotten a sneak peek at the 2019 Running Back Handcuff Grid. If not, you should definitely go back and check out the article, but we’ve got the grid posted here for you as well.

While that piece explained to you why you should employ handcuffing into your draft and in-season strategy, this one will detail some of the finer points to implementation. Not every running back has a true handcuff and, in some cases, the player many believe to be the handcuff, actually isn’t. The evolution of backfields has brought you such wonderful (and frustrating) additions like the change-of-pace back, the complementary back, the third-down back, and the ultimate fantasy-killer, the short-yardage/goal-line back. The number of true every-down backs (bell-cow backs as to which they are often referred) continues to decline in the modern NFL, so understanding the roles of the others is paramount.

Change-of-Pace – a player whose skill-set, running style and physical attributes are not the same as the team’s primary runner, but is used often enough to have fantasy relevance. Latavius Murray of the Saints is a great example, as is either Royce Freeman or Phillip Lindsay , depending on who you view as the featured back.

Complementary -- a player with a similar skill-set as the primary who is worked into the backfield in an effort to rest the primary and get some fresh legs into the game. The 49ers have Jerick McKinnon to complement Tevin Coleman while the Chiefs have Carlos Hyde to offer a respite for starter Damien Williams . UPDATE 8/12: Given the latest injury news on McKinnon and the fear of Andy Reid running a RBBC in Kansa City, the examples might be slightly outdated, but you get the point.

Third-Down Back – often referred to as the pass-catching back who is usually lined up on third-down passing plays. Will you see him on the field on second down? Perhaps, depending on the play-call. Chris Thompson plays this role for the Redskins as does Jalen Richard in Oakland.

Short-Yardage/Goal-Line – easily the most frustrating for fantasy owners as there is nothing worse than watching your guy do 95-percent of the work only to see the coach bring someone else in to punch it into the end zone. We aren’t seeing these as often as we used to, but beware of Frank Gore in Buffalo and either C.J. Anderson or Zach Zenner in Detroit.

These descriptions and a look at the grid below should provide you with enough information to know just which players you need, not just as handcuffs, but to handcuff for that matter. But that doesn’t mean we shouldn’t explore a number of situations in more detail to be sure you’re on the right path.

Cincinnati Bengals – Joe Mixon is the primary running back. Giovani Bernard is the third-down back. At times, he can be considered the change-of-pace back. However, if you draft Mixon, the proper handcuff is Trayveon Williams, not Bernard. Should anything happen to Mixon, you can expect Williams to be the guy used in the early downs and to take it between the tackles because Bernard is just not big enough, nor does he have the durability.

Chicago Bears – Last season, we watched as Tarik Cohen saw the bulk of the work because he fit Matt Nagy’s system much better than Jordan Howard . The Bears like to use a lot of pre-snap motion and trickery, something to which Jordan Howard was not able to adapt. This season, David Montgomery will fill Howard’s shoes which may actually limit the workload for Cohen because Montgomery is actually a great fit for this offensive scheme. Cohen will remain in his role as the change-of-pace and pass-catching back, and should anything happen to Montgomery, you can expect to see Mike Davis take over the early-down and short-yardage work.

Indianapolis Colts – The Colts brought in Spencer Ware to compete for touches with Jordan Wilkins and these are the guys who make up the handcuff for Marlon Mack . The third-down/pass-catching back is Nyheim Hines and should anything happen to Mack, he would remain in his role while the winner of Ware vs Wilkins should step in for the early-down work. UPDATE 8/12: Just because the Colts brought in D'Onta Foreman , it does not mean he is the automatic handcuff now in Indy. The guy needs to learn the playbook and prove himself first. Pump the brakes, Foreman-truthers. UPDATE 8/22: Foreman is now on IR, Spencer Ware is on the PUP list (eligible for return) and the Colts brought in Charcandrick West . Wilkins is still the handcuff to Mack, though he will share the workload with Hines if anything happens to the starter.

Minnesota Vikings – While expectations are running high, once again, for Dalvin Cook , you would be remiss to put all your eggs into his basket without handcuffing him to Alexander Mattison. Cook spent his first season on IR with a torn ACL and followed it up with only an 11-game sophomore campaign due to chronic hamstring issues. The Vikings plan to use him as their primary, but you have to protect yourself from injury by adding Mattison in the later rounds. The Boise State product was explosive in college and should be able to shoulder the load if called upon.

Los Angeles Rams – With Todd Gurley dealing with an arthritic knee, the Rams went out and drafted Darrell Henderson and, over time, we have heard the team discuss the need to lighten Gurley’s load during the season. They re-signed Malcolm Brown , but it is Henderson who should be considered the direct handcuff to Gurley. He’ll have a role carved out for himself as a complementary back to start and should anything further happen to Gurley, Henderson would take over the primary role. Brown would then be considered Henderson’s direct handcuff.

Houston Texans – We are all very aware of Lamar Miller ’s shortcomings as a running back, but the Texans haven’t done anything to improve their backfield and he continue to sit atop their depth chart. Maybe they, like so many fantasy owners, have faith in D'Onta Foreman and expect him to take a step forward if he is healthy and able. Regardless of how you feel about either player, they should go hand-in-hand in your drafts because one of them will always be in the spotlight for the Texans. UPDATE 8/12: No more Foreman (thankfully) but now we have Duke Johnson here in Houston. Johnson has always been a third-down/pass-catching back, so there is some reluctance to immediately designating him as the handcuff, especially sincce he's dealing with a hamstring issue and hasn't taken the field yet. But the Texans don't really have anyone else who moves the needle. Consider Johnson the first guy you draft to handcuff, but make sure no one else steps into the limelight in camp. UPDATE 8/24: The official diagnosis is not in yet, but the Texans fear Miller suffered a torn ACL. That pushes Duke Johnson into the lead role, but considering he's never taken a lead role in any backfield, you have to expect a step up in work for either Damarea Crockett, Buddy Howell or Karan Higdon, all of whome are competing in camp right now.

Cleveland Browns – This is a tough one, especially during drafts. Nick Chubb is the primary back and his direct handcuff right now is Duke Johnson . The team brought in Kareem Hunt who is suspended for six games, so while he will eventually be the handcuff come Week 7, Johnson is still the guy. Drafting Chubb early puts you into a tough situation because drafting Hunt means you have to stash him the whole time, thus shorting yourself a bench spot for the fist seven weeks of the season. Johnson, you can get for nothing, but Hunt will cost you in more ways than one. UPDATE 8/12: Obviously there is no more Duke in Cleveland, so while everyone waits for Hunt to come back from his suspension, it looks like either Dontrell Hilliard or former AAF standout D'Ernest Johnson is the cuff to own for the first 10 weeks of the season.

Now here’s a look at the full 2019 Running Back Handcuff Grid:

B. Chubb - LB
DEN
GM John Elway said Thursday that Chubb (knee) is expected to be ready for the start of OTAs in May, Ryan O'Halloran of The Denver Post reports.
For a full breakdown and detailed player analysis GO PRO and join the Fantasy Alarm Family! CLICK HERE to unlock your PRO package and take advantage of instant savings!
Added 2:00 pm (EST)

T. Kelce - TE
KC
Kelce (knee) will be held out of practice Thursday due to an illness, James Palmer of NFL Network reports.
For a full breakdown and detailed player analysis GO PRO and join the Fantasy Alarm Family! CLICK HERE to unlock your PRO package and take advantage of instant savings!
Added 1:45 pm (EST)