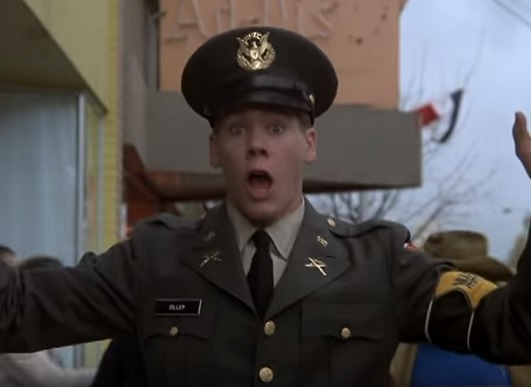 Well that was fun. If you felt a bit overwhelmed with Week 1 in NFL DFS, you're not the only one. I've been doing this for several years and I got caught up in how much is out there. So many sites. So many formats. So much overlay.

Remain calm. All is well!

Here's the deal. Even though every other TV commercial says you can turn five bucks into a million, your goal is to hang around and enjoy the season. While there are some stories circulating that DFS is the devil and is doomed, it's not going anywhere. The absolute worst thing you can do is get caught up chasing the pot at the end of the rainbow. There will be a time and place for that - it's just not a good idea to fritter away your initial deposit trying to be the next star of a commercial.

There's plenty of content on the site explaining how to build a bankroll by focusing on cash games so I won't regurgitate all that. What I want to do is suggest you take it slow and not get in over your head in terms of overextending yourself. You're not going to find all the games with a ton of overlay or every freeroll offered. You're not going to be able to read every single piece of analysis.

Find a site or two you're most comfortable playing. It can be you like the interface. It can be the promotions. It can even be the hot babes they use in ads to attract you to the site. The point is focus on one or two DFS sites and get to know their processes before expanding elsewhere - regardless of the carrots other sites dangle, They'll be dangling them all season. Again, your goal is to be in the game in 12 weeks when you're better equipped to take advantage.

Trust me, your time the next few weeks is best spend concentrating on just a couple of sites. Study their scoring, roster requirements and pricing to get the optimal team(s). Get used to entering teams, making last minute changes and pivoting out players with late starts if the site permits. Each site is different. The more time you spend on on minutia, the less you spend on research.

After a couple of weeks, you'll know these sites like the back of your hand. Now it's time to add another couple of sites to your arsenal. You'll find that a lot of your research overlaps but there are nuances at each site that differentiate the potential utility of some of the players. You'll also have an easier time learning the mechanism of each site.

Everyone is different. Some may be satisfied with three or four sites they enjoy while others may wish to dabble in all of them. You know what's best but if your results start to wane as you're adding more sites to your routine, it's time to take a step back and weed out the sites where you're not as successful or simply don't enjoy playing.

With respect to the treasure trove of information, if you're reading this you're off to a good start - not because you're reading this but because you're on a site that has everything you need. That said, I doubt anyone on the staff would have an issue with using other sources. Just don't overdo it. Some say it's possible to have information overload. I don't believe that - there's no such thing as too much information. The problem is not leaving yourself ample time to properly assimilate the information - that's the key. It's not the amount of information that's problematic. It's having it all bouncing around in your head without properly putting it into context and formulating your own opinion.

Finally, when it comes to reacting to Week 1 performances, a lot of the same rules apply to DFS as you practice in your seasonal leagues. What happened in Week 1 will not always repeat in Week 2 or for the rest of the season. The trick is to figure out what is real and sustainable and what is just one of those weeks that sticks out because it was opening week and not an arbitrary Sunday in November.

It's been my experience that in football, when things are going well or poorly there's a cascade effect. This is especially true if a team has it hitting on all cylinders at home or is scuffling on the road. One of my favorite places to find DFS value is looking for players that stunk up the joint on the road but have their home opener. Conversely, I'll fade a player that opened with a great home game but is now on the road. An example is Carlos Hyde. While the good news is he appears to be the bell cow for the San Francisco 49ers, he's not going to sustain his Week 1 level. I love him in seasonal but will likely fade him versus Pittsburgh this week. The same is true for Matt Ryan and Julio Jones, regardless of how weak you may perceive the New York Giants defense, football is a physical game and the rush of the crowd can matter.

If the theme of my note to you is not to be overwhelmed then it's best I practice what I preach and not ramble on and on so let's call it a day.