Predicting the Future with First and Second Half Run Factors 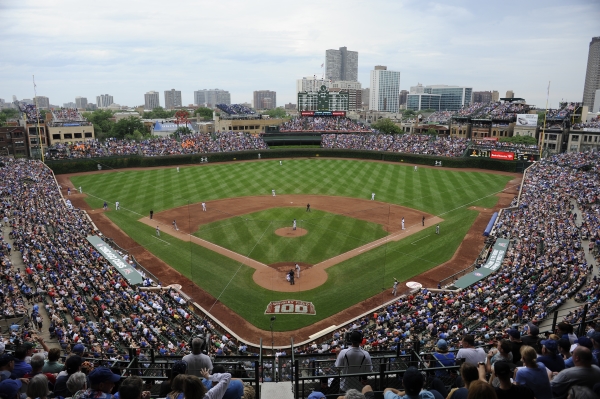 When we last cyber-spoke, I detailed plans to continue my look at park factors, with the specific intent on determining if/when we can consider an unexpected park factor to be real and thus applied to analysis going forward. As I was generating the data, I realized there's another useful application of the results. Some parks have the reputation of playing differently in the colder spring months as they do in the summer. Wrigley Field comes to mind as the perception is the wind blow in through May then as the spring turns to summer, it flips. Having first half/second half park factors for all 30 venues allows us to identify parks that display this trend.

The good news is I wrote a really cool program to turn game logs into park factors after a simple copy and paste job. The not so good news is there isn't a one-size-fits-all answer. Much like how one approaches batter versus pitcher data, streaks and splits, analyzing the data will be part science and part art. Regular readers of my work know I lean to the science - I like statistical evidence - but there are time a more zen approach is necessary. I'm afraid this is one of those times.

Below I have provided the first half/second half run factor for all 30 Major League venues, with the average and standard deviation for each. For those so inclined, you can download a spreadsheet of the data HERE and play with it to your heart's content.

What I've decided to do is wait until the end of the season and add the 2015 data then look at all 30 parks individually. I'll also look at similar data for home runs. As an example of the end results, here's what I would write about a couple of venues based on the above data.

WRIGLEY FIELD - Many contend Wrigley Field is pitcher-friendly in the early months when it's cold and the wind is blowing in then switches to a hitter's haven when the temperature rises and the wind blows out. However, looking at the six-year average for the run factor over the first half and the second half, this does not appear to be true. The two halves are nearly identical though there is significant variance from year to year. In three of the five years, including the last two, Wrigley favored hitters early then became a pitcher park's over the second half.

PETCO PARK - As you might recall, Petco Park is in large part responsible for this study since it was playing more hitter friendly early in the season. Let's start with looking at the above data, keeping in mind the right-field fences were moved in and lowered previous to the 2013 season and some additional renovations were performed prior to this campaign including adding a huge scoreboard and slightly moving in the left field fence. Despite the renovations, Petco has played consistently pitcher friendly. In addition, the first and second half park index standard deviations are among the tightest in the league. What this tells me is a large difference from this trend is noteworthy. Through the first two months of the season, Petco Park's run index was 105. That's much higher than the mid to high 80s it usually plays. There are two explanations. The first is the scoreboard and other construction near the ballpark significantly affected win patterns. causing fly balls to carry better than in previous years. The other possibility is it was simply a sample size fluke spurred by a couple of hitters, in this case Justin Upton and Matt Kemp, having a short string of solid games and eventually this would flesh itself out.

Which do you think it is?

Had I been asked this question on June 7, I would have surmised it was more blip than real and anticipated the factor to regress towards. Obviously I know the answer so saying I'm right is shallow, but that's what happened. From June 7 through August 13, Petco has played to an 85, bringing the seasonal mark to 95. We still have a little under two months left but I expect this to continue with a final index right around 90, very much in line with history.

Sorry for those expecting a golden nugget to apply to the rest of the season's DFS lineup process - it isn't happening. This is too big a project to bang out with everything else going on. That said, I will present the corresponding home run index data in the coming weeks. After all, we can't let the neat little Excel program to go to waste.