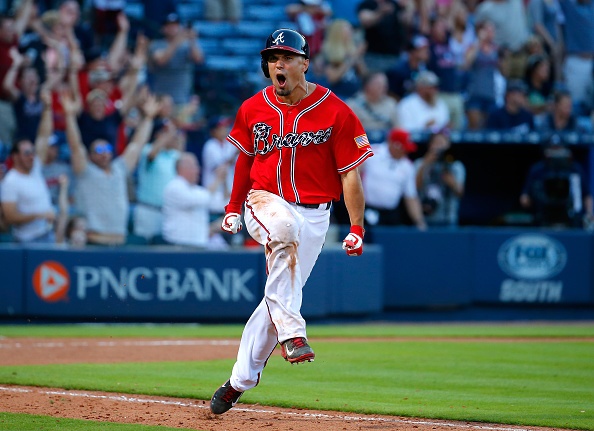 We'll take a bit of liberty with the theme of this column and focus on keeper leagues this week. It's time to decide whether you have the goods to get it done this season with some help via trade or if it's more prudent to throw in the towel and switch gears towards assembling a foundation that will take down the league next season.

With the backdrop that every league is different in terms of trade dynamics, my philosophy is to acquire impact players, even if it means they cost more and I have a lower number of keepers than others. I prefer quality over quantity and I'm not afraid to protect salary assuming it's less than what the player would cost next spring.

The biggest mistake made in keeper leagues, especially mixed leagues is assuming keepers need to be low-priced. They need to be fairly priced. There's always a bunch of players purchased for low single digits, even in keeper leagues, that you see as low double-digit earners. So what if you can keep a $6 guy you peg as a $13 player. You know what? You'll be able to buy an analogous $6 worth $13 next spring. It's not worth the opportunity cost even if there's perceived profit in the keepers. That's the minimum profit. You want the roster spot available to get a better deal in the auction with the fallback being a similar player at a similar price.

In order to wrest one of these impact players from his current owner, you're going to need to account for expected production the rest of this season plus compensate them for the keeper potential. Depending on how well the player is doing this season, the cost of acquisition could be steep. You'll need to make it worthwhile for the other owner to not only give up some of their future but part with a player helping them in the here and now.

The players to target should be expected to play regularly next season. Some might be regulars now that are in the midst of a breakout season that should be their new baseline. Others may be in a platoon now but will likely play full-time in 2016. Some may be hurt now or are playing for weaker teams, hindering their production. What's most important is their keeper price is not only less than what they'd go for next season but also less than what you expect them to earn. The two aren't always the same.

Here are some hitters likely to be undervalued, depending of course on your league format. Next week we'll check in with some pitchers.

Jace Peterson, 2B, Atlanta Braves: So much for Peterson keeping the keystone warm while Jose Peraza got a little more seasoning on the farm. Peraza has been moved to the outfield, leaving Peterson to be Andrelton Simmons double-play partner for years to come. Peterson's game is getting on and running. His stolen base success rate can use some polishing but that will come. He's walking at a 10 percent clip which is fine in today's game and is likely to improve his contact as he matures, putting him in the .350-.360 OBP range, good but not great.

A.J. Pollock, OF, Arizona Diamondbacks: Before you troll me, I have Pollock as a $25/4th rounder. Did it cost that to get him this season? I didn't think so. Pollock should be the regular center fielder, hitting at the top of the order next season. He's got Carlos Gomez upside (note:upside, not expectation). It will cost, but remember, quality, not quantity.

Xander Bogaerts, SS, Boston Red Sox: Don't let his perceived non-chalant manner fool you - Bogaerts is a maturing and is on the verge of showcasing the top prospect pedigree many expected. He's far more comfortable at shortstop and is showing he can be a meat-of-the-order hitter down the line. Depending on what the squad does, Bogaerts may be be dropped to sixth or seventh next season but he's still going to be productive.

Adam Eaton, OF, Chicago White Sox: This is a borderline call, especially in mixed leagues. The numbers don't support it all that well but that's because Eaton is really scuffling versus southpaws. There's a chance this persists and Eaton is either dropped in the order or put into a platoon. More than likely this is just a blip and he'll get the stroke back versus southpaws. I think a breakout is coming and the cost is such I want to be a year too early than a year too late.

Francisco Lindor, SS, Cleveland Indians: Top prospects like Carlos Correa, Kris Bryant, Byron Buxton etc. are obviously targets so we won't waste time listing them (though I pretty much just did). Lindor makes the list since the narrative is he's more glove than stick. He also has potential to be Alcides Escobar or Erick Aybar and if the cost is low and you have many years of control, I'd be fine with locking someone like Aybar into my shortstop spot for a few years.

James McCann, C, Detroit Tigers: He's not going to hit like Brian but the lesser McCann can handle the stick and should be the regular in Detroit next season. Every league is different but in many keeper formats, catchers go for crazy amounts. McCann's cost this season was minimal. Acquiring him for next season locks up a catcher spot cheap and allows you to splurge a little and pair him with one of the better backstops.

Randal Grichuk, OF, St. Louis Cardinals: Injuries pressed Grichuk into regular duty a little earlier than the club expected, and he's still raw, but his glove and power are ready now, the Cardinals will take care of the rest. Point out his high strikeout rate and low walk rate to his current owner and say you're willing to take the chance he makes strides next season. Even if he doesn't the reward he does far exceeds the risk.

Mike Moustakas, 3B, Kansas City Royals: I'm a huge believer in contact rate being a leading indicator of improvement and this is the third straight season Moustakas has cut down on his whiffs. He's definitely riding high on a bloated BABIP and the power may never manifest fully, but Moustakas is certainly now mixed league worthy at what's likely a very low cost.

Jung-Ho Kang, SS, Pittsburgh Pirates: There were questions about Kang's glove and bat and it appears both will play at the Major League level. The Bucs are giving him some rest now and again but he's basically a regular. At 28 years old Kang is not a kid but he should be able to improve on his walk and whiff rates as he further acclimates to the States.