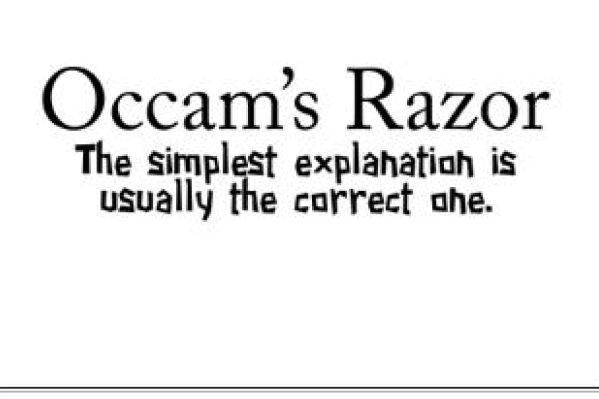 While this is admittedly an oversimplification, the principle of Occam’s razor suggests that sometimes the best answer is the least complicated. While advanced evaluation methods are part and parcel to DFS success, often it isn’t necessary.

Don’t worry, using proper splits is still a major way to get an edge and in future weeks we’ll be reviewing each with respect to identifying strong DFS options. But before we go down that road, we’ll review the most basic means of getting an edge: pricing inefficiency.

Two types of player comprise a winning DFS lineup. The first yields a very strong return on investment while the second bullies up points with less of a concern for bang-for-the-buck. The more of the former you can find, the more of the latter you can afford to get over the top.

The ultimate objective is to assemble a roster with maximum run-scoring potential. Theoretically, you want a positive return on investment for every player. Realistically, you aren’t going to be able to accomplish this and come close to the salary cap. They’ll be value plays you can replace higher priced players that will score more.

As alluded to, there are salient methods to unearth value plays. As will be discussed in future discussion, hitters generally perform better at home, facing pitchers of opposite handedness, in hitter’s park and against lesser skilled hurlers.

If the DFS pricing per site perfectly reflected each hitter’s season-long expectation distilled down to one game then the aforementioned analysis would render the best options on that slate. But alas, pricing is not so accurate. There are natural inefficiencies that can be exploited without knowing anything about wOBA, lefty versus righty, BvP or any of the other next-level analytical means used in DFS.

In a nutshell, especially early in the season, there are batters that are better than their salary. Even if they don’t possess one of the above advantages, the low salary still renders a substantial bang-for-the-buck.

There are several places to look for players whose baseline talent exceeds their price:

Let’s look at a couple examples of each.

Devon Travis, 2B, Toronto Blue Jays: Travis was acquired in the deal that sent Anthony Gose to Detroit. He can hit one out or he can beat one out then steal a base. Not just that, he’s recently been hitting leadoff.

Jace Peterson, 2B, Atlanta Braves: Speedster hitting at the top of the order than makes a great punt play when one of the studs isn’t in a good spot.

Jake Lamb, 3B, Arizona Diamondbacks: Hot spring sent Yosmany Tomas to Triple-A to start the season (though he’s since been called up).

Michael Taylor, OF, Washington Nationals: Could be in danger of losing playing time when Denard Span is ready, he’s probably better than Span – more power albeit a little less speed.

Jacob Realmuto, C, Miami Marlins: Make sure he’s in the lineup, but if he is, great punt play at a weal position.

Reserves filling in for injury

Roberto Perez, C, Cleveland Indians: The injury to Yan Gomes has opened the door for Perez to play regularly.

Paulo Orlando and Jarrod Dyson, OF, Kansas City Royals: Alex Rios’ spot is being filled by a platoon, both members of which are hitting near the top of the order and have speed.

Players moved up in the order

Dustin Ackley, OF, Seattle Mariners: Beware, he’s in a platoon, but Ackley is showing signs of continued power growth and has been moved to the top of the order.

Jean Segura, SS, Milwaukee Brewers: The injury to Carlos Gomez has propelled Segura up the order.

Established players off to a slow start

Evan Gattis, C, Houston Astros: The power will come, but every game it doesn’t and the price drops, he becomes that much more of a GPP play.

Jose Bautista, OF and Edwin Encarnacion, Toronto Blue Jays: When they’re rolling, it will be hard to fit both in your lineup, so why not try it now before they get it going?