Waiting on Pitching: Know What You're Getting Into 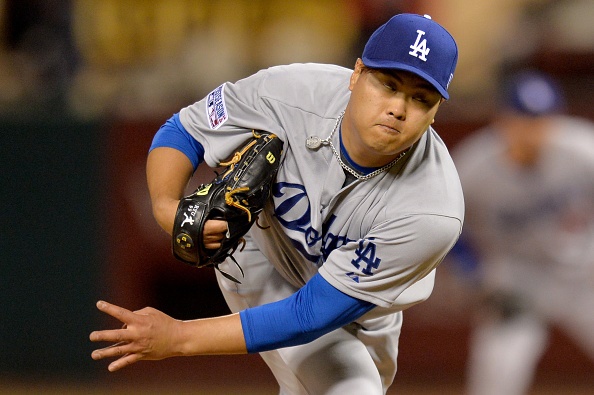 Earlier this week we mapped out some schemes to draft a pitching staff that would render an ERA intended to finish fourth out of 15 teams, garnering 12 points. About 115 is needed to win so this is a reasonable target. The catch is in order to attain that goal, spending significant assets is necessary which is opposite of the mantra to wait on pitching.

The purpose of the numerical exercise was not to make the point that it's a mistake to wait on pitching. The intent is to paint a very clear picture for those that prefer to expend less assets on pitching. They better understand what they're getting into.

The math is the math; there's no getting around it. In order to land on the target ERA, pitchers of a certain quality are needed. The trick is the pathways laid out refer to the average draft position of the pitchers - the market rank. If you feel you're more adept than the market at identifying emerging arms then you can defeat the math.

According to my tier process the ADP of a pitcher projected for 3.50 ERA should be taken between rounds 11 and 14. If you project one of these hurlers for a 3.30 ERA then you're getting an SP3 at the cost of an SP4 and can use that as your SP3 from the schemes suggested earlier this week. This opens one of your first ten picks for another hitter. An SP3 should twirl a 3.30 ERA or so and goes off the board between rounds 5 and 10. If there's one you peg for a 3.10 ERA then you can snag your SP2 at the market price of an SP3 and not have to use one of your first four picks on a pitcher and still be on pace to end up with the objective ERA.

In order to get 45 pitching points you need an ERA of 3.51. The catch is you better compile a ridiculously solid offense since 65-70 hitting points requires finishing top-three in each category. Your margin of error is very slim.

A: Here you can wait on starting pitching for five or six rounds and depending on the flow, you may even have the ability to wait until round 11 or 12 for your initial closer. That is, you can land on a 3.51 ERA with one starting pitcher in your first ten picks but you'll need to pound arms for most of the next several rounds.

B: This is for the crowd that refuses to pay for saves as the route allows for two CL3 stoppers. You'll need a pair of pitchers in rounds five to ten but that's still only two hurlers and eight bats to start your draft.

C: If you snag a couple of the top closers you can wait until at least round 11 for your first starter. You'll need to grab a few in a row but again your hitting foundation is solid with eight bats and two closers in the first ten picks.

D: Maybe there are some hitters you like in picks 11 to 14 and don't want to pound pitching in that area. If you're willing to take one elite closer and one starter around the eighth it can be done. The message here is to really know the player pool and realize you can get some potential profit in 11-14 with bats.

E: What about taking an elite starter and elite closer and then really waiting? Here's another path that entails only two arms early and eight sticks in the first ten rounds.

F: This is similar to E without the need to take a top closer. That is, you can take Clayton Kershaw and at least nine consecutive hitters and still garner 45-50 pitching points.

G: Maybe you don't get Kershaw. You can take an SP2 and a pair of CL2 and get the job done.

When you factor in the same principles with respect to different expectations than the market apply, you can wait even longer on a pitcher or two.

The take-home lesson is you can most definitely win by waiting on pitching assuming you really think about how you're going to defeat the math. You're going to need to be more acute than the market at identifying under priced pitchers as well as drafting the offense necessary to support your staff. In the case of the higher target ERA, you can't miss with the sticks. Finishing top-three across the board in hitting isn't easy.

There's a 400-lb gorilla that still needs to be addressed. Come back tomorrow and we'll wrap up this series.