Choosing a Quarterback: Upon Further Review 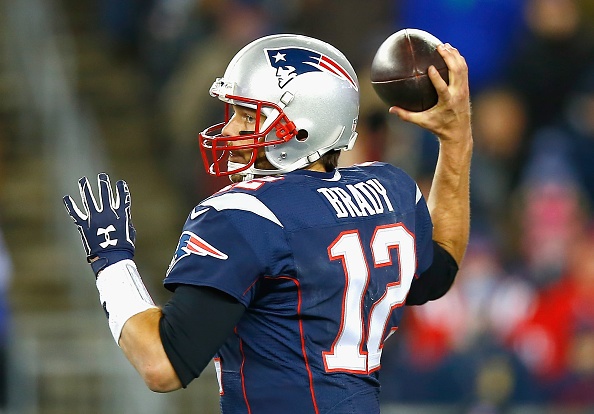 I'm throwing the red flag. It's been only two weeks but the evidence is pretty clear. It's time for a reversal.

For the past couple of weeks we've been searching for a quantitative means to aid in quarterback selection. A few consistencies were found within the top signal callers each week and these were incorporated into a points system that ranked the quarterbacks.

The results from last week had the industry pundits doing the best job with the derived system and Vegas points lagging well behind. Those results were repeated this week as again the writers came out on top. I am doing my own rankings and showed improvement but again fell in between the group source rankings and the system.

Let's take a look at the results from Week 9 with some explanation. By means of reminder, the data presented is the correlation between the ranking spot and the spot the player finished. The actual points scored are not incorporated in this analysis; the top player is ranked first, etc.

Both the system derived a few weeks ago and projected Vegas points resulted in a basically random correlation. The industry was still the best but not as good as last week's correlation of .39. Relatively speaking, my rankings were the only ones that improved from last week's effort as they dropped off the least. Hey, I said relatively,

Here's a few reasons leading to the differences in rankings.

The only ranking that included the week's top quarterback, Ben Roethlisberger, was my industry brethren. The Ravens-Steelers tilt had the fourth most projected points for the week but with Baltimore being a one point favorite, there were several teams expected to score more points than either squad. The reason I kept Big Ben out of my rankings was a hedge figuring Le'Veon Bell could run one in and while the over/under was high, I agreed with Vegas that the game would be close and neither team would really rack up the points.

The experts ranked Tom Brady and Peyton Manning higher than the rest, I actually hedged a bit with some potential weather issues, most notably high winds. I'm not making excuses but I didn't have time to readjust the rankings once the conditions were reported to be better than when I first ran the numbers. At the end of the day this is moot as the primary take away from all this is the ineffectiveness of the quantitative systems.

Both objective measures really liked Russell Wilson this week as the Seattle Seahawks were expected to blow out the Oakland Raiders. My suspicion is both my brethren and I faded Wilson counting on some production from Marshawn Lynch. That said, speaking for myself, I didn't expect Wilson to put up the low number of points he generated. So while I was right to drop Wilson down, in a vacuum my projection wasn't all that great.

The quantitative means really liked Andy Dalton as the Cincinnati Bengals were a big favorite against Jacksonville. I liked Dalton more than my colleagues, in part based on trusting the derived system. The catch was I was unaware Giovani Bernard wasn't going to play when I did the original rankings and he's a bigger part of the passing game than the eventual starting running back, Jeremy Hill. I was able to make the adjustment Sunday morning, inserting Hill into my lineups. I didn't actually use Dalton but the rankings were skewed.

My biggest faux pas was elevating Colin Kaepernick to the second spot. I liked the match-up and expected some running points as well as some production through the air. Others are much better at this sort of thing than I but my sense is the 49ers are a different team without a healthy Vernon Davis. I know from a fantasy perspective Davis was very reliant on touchdowns, but his ability to stretch defenses as a tight end opened things up for the rest, including dragging a couple of faster defenders down field which helps Kaepernick scamper.

I feel a little vindicated with so much exposure to Ryan Tannehill last week as he bounced back. Of course no one thought the Dolphins would demolish the Chargers with Tannehill finishing as the fourth best QB of the week. So like with Wilson, I may have been a little more right than the others, my specific expectation wasn't optimistic enough.

The player the objective system identified that was ignored by the industry and me was Alex Smith. The Kansas City Chiefs were huge favorites over the hapless New York Jets. While Smith has turned in the occasional stellar fantasy performance, he lacks the weapons for that now with Jamaal Charles the best fantasy option. Sure, Travis Kelce is a strong red zone target but he doesn't have the wide outs for one of those 350 yard games necessary to be among the elite in today's game.

It's quite obvious that the derived ranking system as well as relying on points are both ineffective means of rankings quarterbacks. That said, there were definitely some identifiable traits among the players that generated the most QB points. The key is to distinguish the cause from the effect. I suspect some elements of the original system are valid while some should be replaced.

The fact that using points as a stand alone displayed no predictive ability suggests that's where we should begin the upgraded process. It may seem intuitive but the replacement is likely an adjustment of the quarterback's average production based on the opposing defense. We'll take a look at this later in the week and come up with a new set of quantitative rankings.