The Three Most Common DFS Mistakes 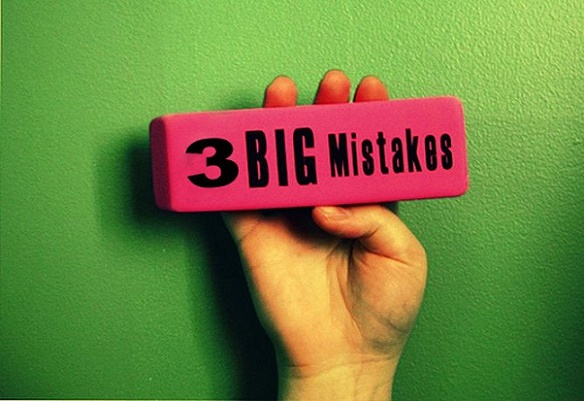 While I am fully aware that when surveyed, a large contingent of those asked state they play DFS for fun and enjoyment, there’s many that consider it an investment opportunity. Today’s discussion is intended for those looking to supplement their holiday fund so come December, their credit card debt is a little less than normal. The focus will be on what I perceive to be the three biggest mistakes most make, especially those new to DFS.

Perhaps the single most important piece of advice I can dole out is to be ready to lose. Built into each game is a service fee so you already have to be a little better than the next guy to break even. What you really want is to be a little better than the guy who’s a little better than the next guy. You’re not going to win – or cash in - every contest. Ultimately you want to cash at a rate to pay the house and come out ahead. The more you play, the more your edge from using Fantasy Alarm will kick in and you’ll be in the black. But some don’t play a huge volume up front and may incur some early losses. Don’t worry! Stick to the plan! Dominating your home traditional league doesn’t always translate to early DFS success. You’ll get there. Registering for a site through Fantasy Alarm where you get a sign-up bonus helps cover the early learning curve while you get up to speed.

Don’t get frustrated with early losses or even a rough streak after you’ve been playing for a while. Stay the course.

USE CASH GAMES TO FUND TOURNAMENTS

The DFS carrot is obviously a six-or seven digit payday at an exotic location, but the meat and potatoes are cash games. I’ve talked to way too many people that use up their entire initial deposit on tournaments, not cashing and deciding DFS is not for them. Cashing in a $1, $2 or even $5 double-up or 50/50 isn’t worth a #humblebrag on Twitter, but it builds up a bankroll where you can fund tournament entries so you’re in essence playing on the house. It takes patience and requires the message above – don’t fret when you lose. But over time you’ll find your niche on one of the sites and build yourself a nice little surplus which should fund your way into tournaments. You may not win the GPP but any cashing you do is like free money.

Once you’re proficient at a lower level, say $2, then move up to the $5 level, then $10 etc. be sure to cash out a little bit as you progress to the next level.

Trust me when I say this is first-hand advice. Just as there will be cold streaks you need to gut out, there will be hot streaks where you need to exert excruciating discipline. Let’s refer to the step-wise means of building your bankroll. There’s going to be a night where you nail everything, possibly over multiple sites. Then the same thing happens the following night and maybe a third. Say you’re playing at the $5 level. The worst thing you can do is jump up to the $25 tournament level, even if you use your winnings from the lower level. More often than not, your streak will come to an abrupt halt and you’ll give back all you built up.

It’s best to stay disciplined. Don’t go to the $25 level after a hot streak. Stick with the plan and enter the $10 games. Win a few there and then jump to the $25 level.

It’s tough, I know. After two or three sweet nights in-a-row you feel like you’ve cracked the code. You haven’t. Just as a ballplayer’s season goes through ebbs and flows, so does your DFS season. Don’t waste the hard work building up the bankroll on a greedy chance to hit it big. You’ll get there.

I’m planning on doing a stand-alone piece on this once I have time to crunch some numbers so I can make my argument from a more return-on-investment angle, but if you insist on a chance at the golden carrot, try gaining entrance by winning a satellite that gets you into a tourney for a big-money ticket. I’m doing this for the first time on Fantasy Aces, having won a couple of baseball satellites and entries for their Week 4 tournament where the first place prize is a ticket to their football championship.

In summary, here are the three most common mistakes I see with DFS play, particularly with new players