Tom Vecchio breaks down the NHL game between the Jets and Predators to give you his best plays and what to watch for during Thursday's contest. 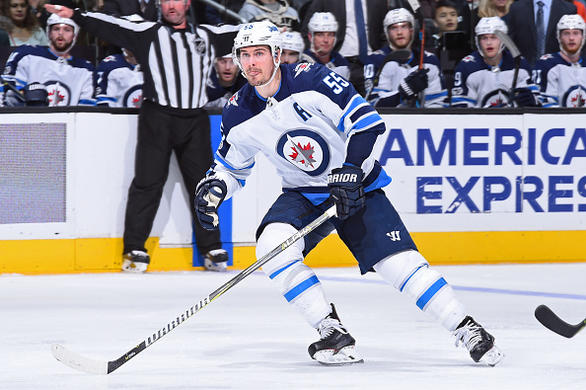 This is it. We have Game 7 tonight, and we should be in for one of the best games of the playoffs thus far. The Winnipeg Jets will be at the Nashville Predators tonight, a building where they have won two of their three games this series. This means home ice really hasn’t been favorable to either team this series, and this should be the closest game we will see. The Predators come in as -155 favorites and the game has an over-under set at 5.5 goals.

-          There are four players for the Jets who have scored 11 or more points in this postseason, which would equal one point per game so far.

-          Seven players on the Jets have taken 20 or more shots this postseason, compared to the Predators 10 players. 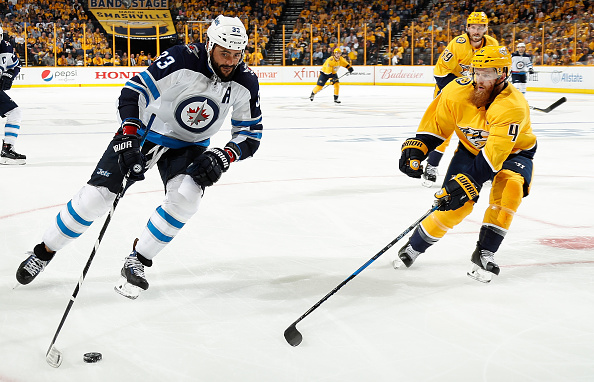 -          Mark Scheifele – Without a doubt, Scheifele is the best player for the Jets, and with him being on the first forward line and the first power-play, he is set to have a large impact on this game yet again.

-          Dustin Byfuglien – Byfuglien has four goals this postseason, which is tied for second-most on the Jets and is the most for their defenders. He is also second on the team with 35 shots, meaning he will continue to play a very important part of their success.

-          Connor Hellebuyck – Hellebuyck is a Vezina Trophy finalist for the best goalie this season, and this is his time to show it. He has allowed two or fewer goals in three of the six games in this series and holds a save percentage sitting at .921.

-          The Predators have only two players who have scored more than 10 points this offseason, Forsberg with 15 and Johansen with 13.

-          The Predators have allowed four or more goals in six of the games in this series while shutting the Jets out in Game 6. 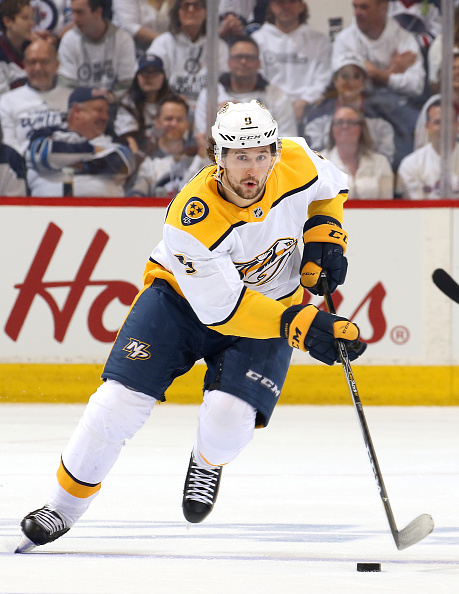 Filip Forsberg – Forsberg leads the team with seven goals this postseason, but he has gone scoreless in four games this series. Their top player needs to have a bigger impact, as he has gone missing in some games.

P.K. Subban – Subban leads the Predators with 26 minutes of ice time per game while being their leading defensive scorer. The power-play time and the physical nature of his game will make him vital if Nashville is going to come away with the win.

Pekka Rinne – There is no other way to put it, but Rinne has to be better in this game for them to win. He is 7-5 this postseason while giving up nearly three goals per game. That simply won’t cut it in an elimination game against a powerful Jets offense. He is coming off a shutout in Game 6, and they need that level of play from him again.

1. WPG records the last shot on goal in the 1st Period. We’ll leave this open until the 2:00 mark.

This is one of the tougher ones to nail down, as the game flow and pressure one team has in the beginning of the period can determine a lot. I will say yes, the Jets love to fire the puck, and if they are trying to tilt the ice in their favor, away from the home crowd, they should be looking to score.

Gotta go with yes on this one. The building will be rocking, the home team is last to the dot, go with the Predators.

3. Both teams score a goal in the 1st Period.

No. I really don’t see this happening in a Game 7. Should be a slower start, with less offense, and the chances being limited to the outside.

This is a tough one since he is leading the team with points, and if they get on the board early, it will likely be due to his stick. A true toss-up in my mind, but I’m going with no, and we’ll see a 0-0 first period.

5. Both teams combine for 20 or more shots on goal in the 1st Period.

No on this one. Both teams like to shoot, but based on it being a Game 7, we could see some cautious plays out of the gate, as no team wants to make the first mistake.

Yes. We will see plenty of dump and chase to start the game, and no real flow. Could be a bit messy to start things as they fall in line.

WinView: How We Got Here

NASCAR Chastain 3rd in points after 6th at Indianapolis