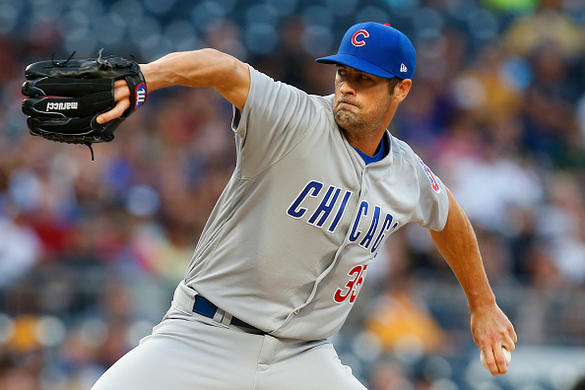 It is with a heavy heart that we dedicate this edition of the injury report to Angels pitcher Tyler Skaggs who was found dead in his hotel room on Monday.  The injury report is intended to provide news and advice to fantasy baseball GMs on how to deal with the loss of players to injury, but never in a million years do we expect to have to give advice about the loss of life of these players.  Skaggs was 27-years old with his whole life ahead of him.  There are no words to try and explain or justify this, so we here at Fantasy Alarm and the entire fantasy baseball community send our care and concern to the Skaggs family and the Angels organization.

Hamels has been placed on the 10-day injured list with a strained left oblique.  He apparently suffered the injury while warming up between innings during his last start against Cincinnati and was scheduled to undergo an MRI to determine the extent of the injury.  Oblique strains typically require an extended absence so GMs should expect to be without Hamels for a significant amount of time.  He has been extremely solid this season with a 6-3 record along with a stellar 2.98 ERA, 1.20 WHIP and 97 strikeouts in 99.2 innings over 17 starts.  The Cubs will get Kyle Hendricks back on Tuesday to help soften the blow to their rotation.

The A’s are hopeful that Khris Davis will be back in the lineup on Tuesday after missing the past several games with a contusion on his left hand.  He was hit by a pitch last Thursday and has had difficulty gripping a bat ever since.  Oakland was off on Monday so Davis has had several days to rest and recover.  GMs have been extremely frustrated with Davis ever since April as he has tailed off significantly after getting off to a scorching start to the season.  He is still a must-start when healthy and is batting .249 with 16 home runs, 43 RBI and 35 runs scored.  Check for updates later in the day to see if he is back in the lineup. 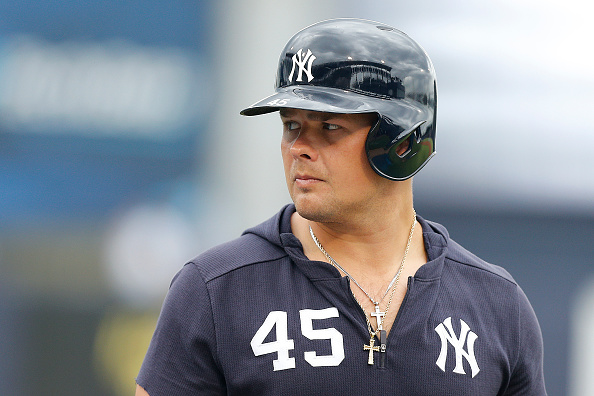 Luke Voit has arguably been the Yankees MVP this season batting.280 with 17 home runs, 50 RBI and 53 runs scored.  He has helped stabilize their lineup when they had so many players on the shelf but now he himself is dealing with an injury he sustained on Saturday in London.  Voit was removed from the game after experiencing some abdominal tightness and then was held out of the lineup on Sunday.  The Yankees are hopeful he can avoid a trip to the disabled list but it would not be surprising if he is shut down at least another couple games.

Phillies catcher J.T. Realmuto was taken out of Sunday’s game with an injury to his left hamstring.  The game was a blowout by that point so the Phillies were just being extra cautious with the decision.  Right now he should be considered day-to-day and likely will be back in the lineup on Tuesday.  Realmuto is still one of the top fantasy catchers in the league but overall he has to be considered somewhat of a disappointment with a .265 batting average along with ten home runs, 37 RBI, 49 runs scored and three stolen bases.

Twins outfielder Max Kepler was held out of Sunday’s game after he injured his right knee attempting to make a catch on Saturday.  The move was precautionary and it gave Kepler extra time to rest as the Twins were off on Monday.  Kepler is expected to be fine and should be back in the lineup on Tuesday.  He is having a very solid season batting .269 with 21 home runs, 53 RBI, 53 runs scored and one stolen base.

The A’s have placed Stephen Piscotty on the 10-day injured list with a sprained right knee.  He sustained the injury on Saturday when he slid into second base and was taken out of the game.  Piscotty required assistance being taken off the field so it was apparent the injury was serious.  He was scheduled to undergo an MRI so we will not know the full extent of the injury or how long he may be out until the results are revealed.  Piscotty was having a disappointing season thus far batting .242 with nine home runs, 34 RBI, 37 runs scored and two stolen bases.  He can be dropped in standard 12-team leagues as there are likely other options on the waiver wire to replace him.

Archer’s disastrous 2019 season took another turn for the worse last Friday when he was taken out of the game against Milwaukee with discomfort in his left hip.  His next start is scheduled for Wednesday but the Pirates may shut him down until after the All Star break to give him some extra time off.  Archer has struggled all season amassing a substandard 3-6 record with a 5.50 ERA, 1.47 WHIP and 80 strikeouts in 73.2 innings over 14 starts.  He is barely holding on to rosterable status in many leagues but GMs should keep him on the bench until we know when his next start will be. 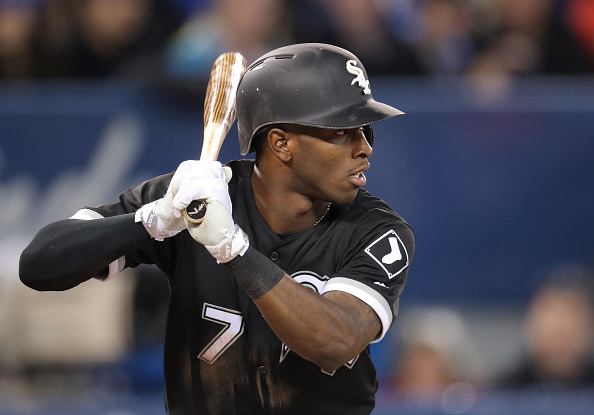 Anderson has been placed on the 10-day injured list with a sprained right ankle.  He underwent an MRI which confirmed it is a high ankle sprain and this likely means it will be a lengthy absence for the White Sox shortstop.  Injuries like this typically take over a month to heal so GMs will need to look for a viable replacement.  Anderson was in the midst of a very productive season batting.317 with 11 home runs, 37 RBI, 39 runs scored and 15 stolen bases.  The White Sox will likely use Leury García at shortstop while Anderson is out.

The Astros have placed Brad Peacock on the 10-day injured list due to discomfort in his right shoulder.  This could explain his paltry performance against the Pirates last Thursday when he was lit up for six runs in only three innings.  Peacock has apparently been dealing with this discomfort for some time now so the rest could do him well.  He is a candidate to be dropped in standard 12-team leagues if you do not have an available bench or IL slot.  Rookie Jose Urquidy will make his major league debut on Tuesday in Peacock’s place but this will be at Coors Field which does not make him an appetizing option.

Bruce has missed the past couple games due to some soreness in his left elbow.  There is no indication that he will miss any extra time so it is quite possible he will be back in the lineup on Tuesday.  Bruce has been very productive this season in terms of his power output as he has 21 home runs and 48 RBI.  He has always been an albatross when it comes to batting average but GMs have gotten great value from him thus far in 2019.

Brewers pitcher Jimmy Nelson has been placed on the 10-day injured list due to having fluid in his right elbow.  He also dealt with this in spring training so clearly the issue has not resolved.  Nelson came back after missing the entire 2018 season but the results were horrendous as he went 0-2 with a 8.36 ERA, 2.29 WHIP and 15 strikeouts in 14 innings over three starts.  Milwaukee had just demoted him to the bullpen recently and now he will be out again for an unknown amount of time.  Nelson should be dropped in all league formats as his fantasy value has completely dissipated. 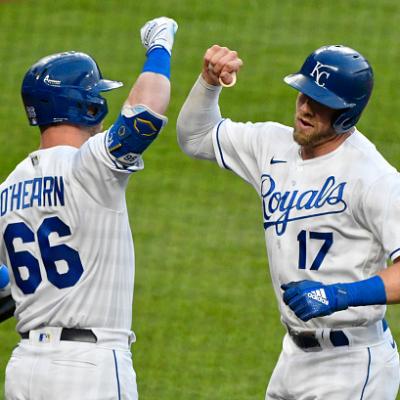 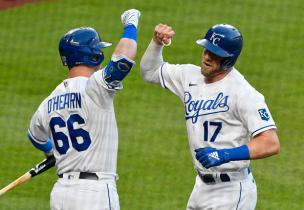 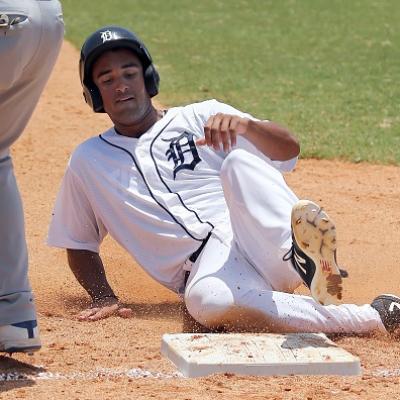 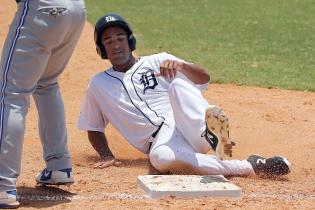 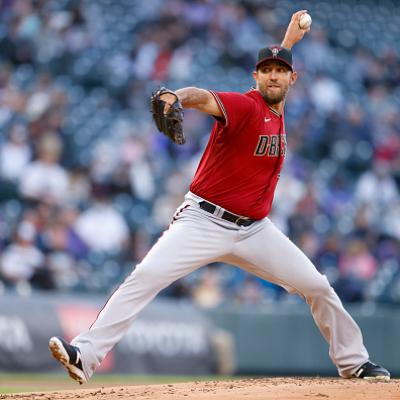 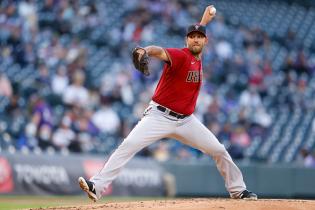