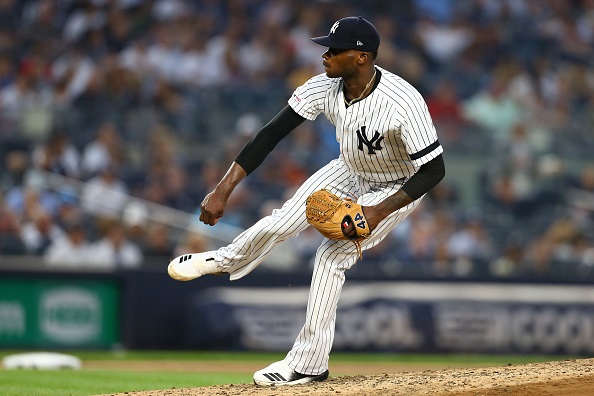 Many fantasy GMs have been facing a June swoon with the absence of many key players.  The good news is that some of them are on the road to recovery so there is light at the end of the tunnel.  Of course, for every player that is working his way back there is another who is on his way to the injured list.  GMs need to remain calm and focus on accumulating roster depth and flexibility rather than making any rash, impulsive decisions by making ill-advised trades. So without further ado, here is the next edition of the fantasy baseball emergency room. 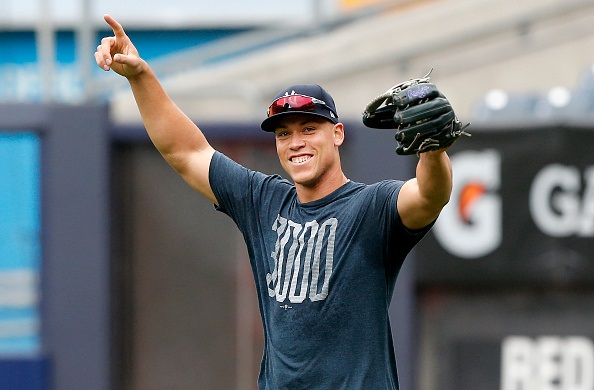 The Yankees have been the focus of the injury reports thus far in 2019 so why should this edition be any different.  They are getting healthier offensively after Didi Gregorius returned last week, and now Aaron Judge may not be far behind.  The slugger has been out for several weeks with an oblique injury but he could receive clearance for a rehab assignment in the very near future.  He has been rehabbing down in Tampa so it certainly appears he will be back sooner rather than later.  Judge would be an immense boost to fantasy GMs who have sorely missed his power production.

The Angels could be getting healthier very soon as Justin Upton has begun a rehab assignment in the minor leagues.  He has missed the entire season thus far with turf toe but should be back at some point later in June.  Upton will provide a big boost for the Angels as well as fantasy GMs coming off a season in which he hit .257 with 30 home runs, 85 RBI, 80 runs scored and eight stolen bases.  GMs should scoop Upton off the waiver wire if he is still on there because that window is quickly closing given he could be activated within the next couple weeks.

Cuban import Yoán Moncada was removed from Monday’s game against Washington with tightness in his upper back.  He is considered day-to-day at this point so a prolonged absence is not expected right now.  Moncada is coming into his own as a hitter as he has a batting average of .295 along with 12 home runs, 39 RBI, 38 runs scored and five stolen bases.  He is worthy of starting at second base or middle infield in all league formats and he should be stashed for any amount of time that he might miss.

The Yankees just keep winning but they also keep losing players.  The latest casualty is Domingo Germán who has been the team’s best pitcher all year.  He has been placed on the 10-day injured list with a strained left hip flexor.  The good news is that an MRI did not reveal any structural damage so he will receive a cortisone shot and be evaluated again later this week.  German has struggled over his past couple starts which could be indicative of the injury, but overall he has been stellar going 9-2 with a 3.86 ERA, 1.11 WHIP and 77 strikeouts in 70 innings as the replacement for Luis Severino .  The Yankees could recall Chance Adams to take German’s spot in the rotation making him a viable waiver wire target.

Mets second baseman Robinson Canó landed back on the disabled list after a short return when he re-aggravated his strained left quadriceps last week.  The roster move is retroactive to June 6 and he is already scheduled to begin a rehab assignment on Tuesday.  This means he should be back this coming weekend barring any setbacks.  Cano has been a major disappointment since joining the Mets as he is only batting .238 with three home runs, 14 RBI and 15 runs scored.  Fantasy GMs should be concerned as the veteran is up there in age and there is a high risk of continued issues with the quadriceps even if he does return when expected.

Veteran pitcher Adam Wainwright has been placed on the 10-day injured list with a strained left hamstring.  He sustained the injury last Sunday against Chicago and is expected to miss at least a couple starts.  Wainwright has fought through a variety of injuries in his career but his body has a lot of miles on it which means it will likely take longer for him to heal.  He is not worth stashing at this point with a 5-6 record along with a 4.46 ERA, 1.40 WHIP and 61 strikeouts in 70.2 innings over 13 starts.  The Cardinals will likely turn to Alex Reyes or Daniel Ponce de Leon to replace Wainwright.

Fletcher suffered a shoulder injury last week when swinging the bat and has missed the past three games.  The Angels do not believe he will require a stint on the injured list so the hope is that he is back in the lineup on Tuesday.  Wilfredo Tovar has been playing shortstop in his place but is not a viable fantasy option.  Fletcher has been productive at the plate batting .308 with four home runs, 23 RBI, 32 runs scored and five stolen bases making him an infield option in AL-only or deeper leagues.

The Phillies outfield injury woes continue as they have placed rookie Adam Hasleey on the 10-day injured list with a strained left groin.  Haseley was called up to replace Andrew McCutchen who suffered a season-ending knee injury.  Now Haseley is on the shelf after getting just seven big league at bats and connecting with one hit along with an RBI and two runs scored.  Scott Kingery is expected to shift to the outfield as Philadelphia’s depth is being seriously tested.

Kipnis was removed from Sunday’s game against the Yankees with tightness in his right hip.  The veteran second baseman has struggled mightily this year batting .218 with two home runs, 15 RBI, 11 runs scored and four stolen bases.  Most of those statistics came in one game earlier in the year so it is safe to say that Kipnis’ days as a fantasy option are long behind him.  He is considered day-to-day right now but he should not be on anyone’s roster except in AL-only leagues. 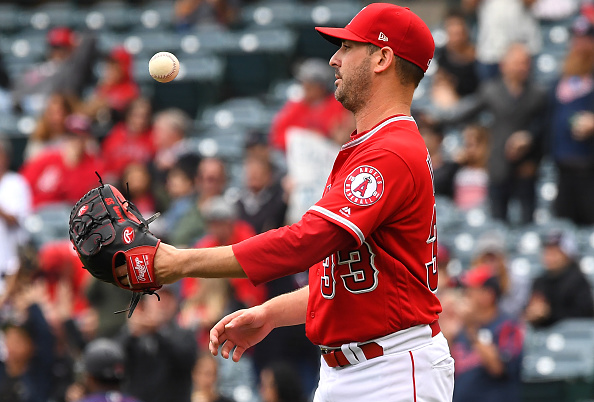 The former Dark Knight continues to see his career spiral out of control as he suffered a major setback in his rehab from an injured back.  Harvey was lit up in his last rehab start over the weekend and re-injured his back which has caused concern from the Angels.  He has been abysmal for Los Angeles going 2-4 with a 7.50 ERA, 1.52 WHIP and 35 strikeouts in 48 innings over ten starts.  There is no timetable for his return as we will need to learn the extent of the setback before making any prognostications.  However, it is safe to say that Harvey belongs on the waiver wire in any league format.