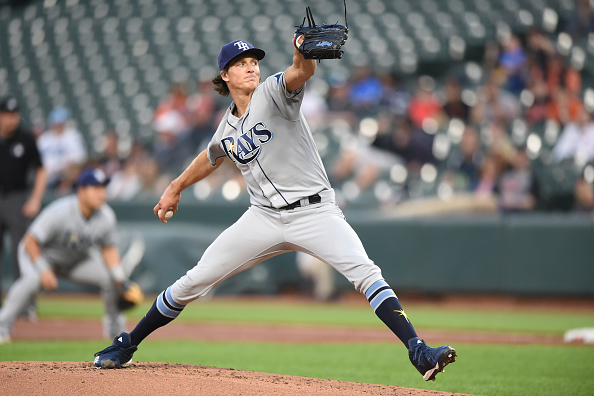 Pitching has been an overall disaster for fantasy GMs thus far in 2019, so the few starters who have consistently provided production are few and far between.  This edition of the injury report features one of those starters who finds himself on the shelf for an extended period of time and perhaps much longer. The season is a marathon, not a sprint, so GMs need to find a way to tread water while their starters are either hurt or lacking production.  So without further ado, here is the next edition of the fantasy baseball emergency room.

It seemed too good to be true for fantasy GMs riding the wave of Tyler Glasnow who has gotten off to a 6-1 start with a 1.86 ERA, 0.91 WHIP and 55 strikeouts in 48.1 innings.  Now we could be on the brink of a catastrophic injury for the Rays starter who has been placed on the 10-day injured list with a mild right forearm strain. He underwent an MRI recently which confirmed the injury and now he will be out for up to six weeks.  We all know that forearm issues tend to lead to Tommy John surgery, so this is definitely something to monitor over the next several weeks. Glasnow has been dominant thus far so this will be a significant loss for GMs. For now GMs should remain encouraged that no ligament damage has been found at this time so there is hope he can return prior to the All Star break. 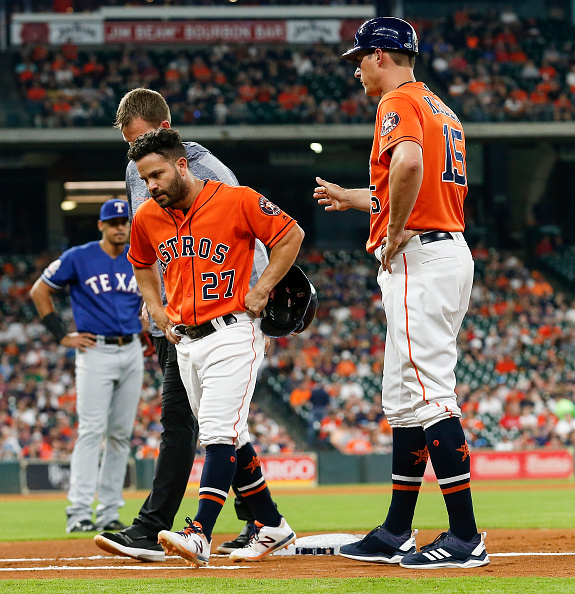 Former MVP Jose Altuve has been placed on the 10-day injured list with a strained left hamstring.  He was removed from last Friday’s game with the injury and the Astros had hoped that a couple days off would be sufficient for him to return.  However, it is evident that the injury is more significant than originally expected so he will be sidelined for at least ten days. Altuve has struggled thus far batting an uncharacteristic .243 with nine home runs, 21 RBI, 21 runs scored and one stolen base.  GMs should obviously stash Altuve as he should be back within a couple weeks and is a fixture in the lineup despite his deficiencies in batting average and stolen bases. Aledmys Díaz should see plenty of playing time in his place so he would be a suitable replacement for the time being.

The Nationals have been getting healthier with the recent returns of Anthony Rendon and Juan Soto .  Now it appears that Trea Turner is not far behind as he continues his recovery from a fractured finger.  He has been progressing in terms of his throwing which has been the biggest issue for him thus far. Turner has been working out with the Nationals and is expected to start a rehab assignment in the near future assuming he continues progressing and avoids any setbacks.

Veteran first baseman Anthony Rizzo was held out of Sunday’s game with some tightness in his back.  This is an issue he typically deals with every year but is no cause for concern. The Cubs were off on Monday so he was given an extra day of rest to assure that he is ok for Tuesday.  Rizzo is as consistent a fantasy player as there is batting .252 with ten home runs, 29 RBI, 25 runs scored and one stolen base.

Twins designated hitter Nelson Cruz injured his left wrist on a swing over the weekend.  The good news is that he underwent an MRI which did not reveal any structural damage, so it appears that he should be able to avoid a stint on the injured list.  Cruz is up there in age but is still a reliable power hitter as he is batting .270 with seven home runs, 22 RBI and 19 runs scored in his first season with Minnesota.  The Twins got Willians Astudillo off the injured list over the weekend so they were able to compensate for the loss of Cruz with some lineup flexibility. 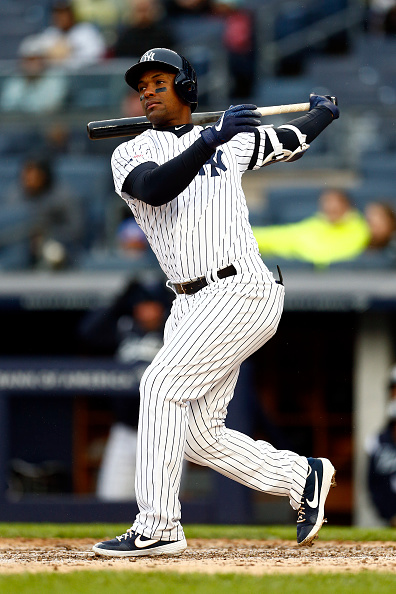 The Yankees ongoing saga of injuries continues as Miguel Andújar has been placed back on the injured list.  He just came back from the IL but went 3-for-24 without any extra base hits and clearly is still struggling with his shoulder issues.  Surgery is an option on the table but that decision likely won’t be made for a while as the Yankees will assess his labrum issue. He will most certainly be out for an extended period of time which means Gio Urshela should continue getting at bats at third base if he continues producing at the rate he has been thus far.  Andujar can be dropped in most redraft leagues at this point.

Brewers outfielder Ryan Braun has missed the past several games with an injury to his left hamstring.  Milwaukee indicated he was available off the bench which is a good sign that he is on the cusp of returning by Tuesday.  Braun still has value as an OF3 or OF4 in deep leagues as he is batting .256 with eight home runs, 23 RBI, 16 runs scored and three stolen bases.

Schoop has missed the past couple games with a shoulder injury as Ehire Adrianza continues filling in for him.  Schoop is considered day-to-day at this point as the good news is that the injury is to his non-throwing shoulder.  He is batting .276 with six home runs, 18 RBI and 20 runs scored in his inaugural season with the Twins, so he has regained some of trust that fantasy GMs lost for him last year.

King Felix has been knocked off his throne once again as he has been placed on the 10-day injured list with a strained right shoulder.  This makes sense after he was shellacked over the weekend in Boston and saw his record fall to 1-4 with a 6.52 ERA, 1.50 WHIP and 34 strikeouts in 38.2 innings over eight starts.  Hernandez has had to reinvent himself with the loss of velocity, but the results have not been pretty. He offers no fantasy value at this point in any league format, so GMs can comfortably set him free to the waiver wire.

Padres rookie catcher Francisco Mejía has been placed on the 10-day injured list with a sprained left knee.  Right now we do not know what the extent or severity of the injury is, but the Padres are certain to be cautious with their prized prospect.  He has looked overmatched at the plate thus far batting .167 with no home runs, three RBI and two runs scored, so this break could be good for him in the long run.  Mejia is certainly a valuable fantasy asset in the long run, but it does not appear he will provide much production in 2019.

Add yet another Yankee to the injured list as Jonathan Loaisiga has been shut down for four weeks with a strained right rotator cuff.  The injury was confirmed with an MRI after he complained of soreness after his last bullpen session. Loaisiga was in the starting rotation to replace James Paxton , and now he will be replaced by Luis Cessa .  Loaisiga was 1-1 with a 4.50 ERA, 1.50 WHIP and 13 strikeouts in 14 innings and should be dropped in all redraft leagues.