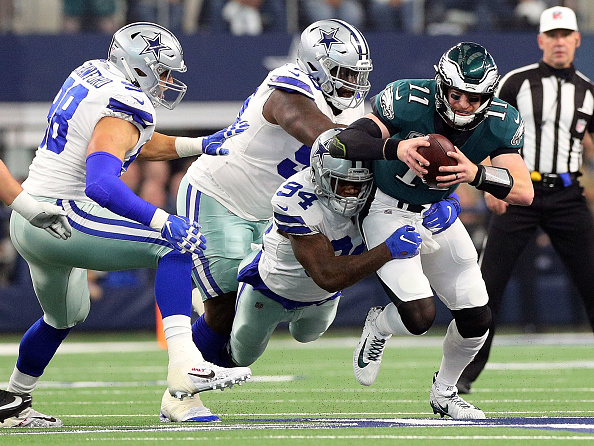 The only thing predictable about fantasy football is that it is unpredictable.  The vast array of injuries to key players has left GMs with unheralded options in lineups.  Despite what Stephen A. Smith says, Hunter Henry will not be discussed in this edition of the injury report since he has actually been out for the entire season.  For many leagues, this is the semi-finals of the playoffs and the league is littered with backups, backups to the backups, and waiver wire acquisitions who are being relied upon to lead teams into the finals.  So without any further ado, let’s delve into the next edition of the 2018 fantasy football emergency room. 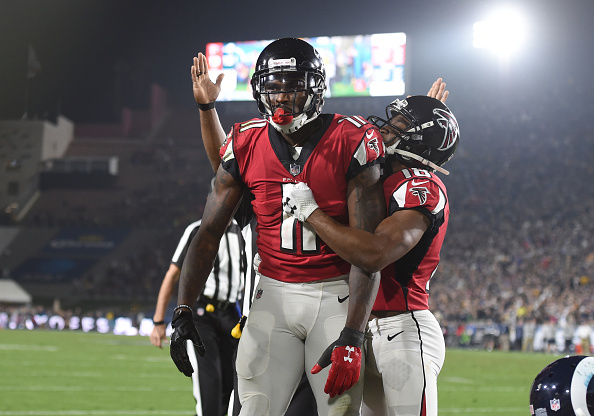 The Falcons sent Julio Jones home on Thursday due to an illness which comes on the heels of missing practice on Wednesday due to a foot injury.  It is expected that Jones will be back on Friday and as of now there is no reason to be concerned about his status for Sunday’s game against Arizona.  Jones has provided elite production as a WR1 with 94 catches for 1,429 yards and five touchdowns.  He will be going up against an Arizona team that does have a solid defense, but that should not stop Jones from surpassing the 100-catch threshold and adding to his touchdown totals.

There is some added concern about Beckham’s quadriceps injury as he admitted during the week that he did not know exactly what was wrong.  He has undergone additional testing and right now he should be considered questionable for Sunday’s game against Tennessee.  The Giants have been playing well and technically are still alive in the playoff race.  They clearly need their elite wide receiver on the field, but they will not take any chances of risking further injury to their expensive star player.  It could be a game-time decision for Beckham so GMs will need to be as patient as possible and be prepared to pivot when or if he is declared inactive.

It is déjà vu all over again as it appears Carson Wentz is done for the season.  He sustained a fractured vertebra in his back and is likely going to be shut down for the rest of the year.  The good news is that it appears he will avoid surgery as the injury is expected to heal on its own, but we just do not have a time frame for that yet.  Much like last year, Nick Foles will step in and replace Wentz as the Eagles fight to stay alive in the NFC Wild Card chase.  Foles is a must add option off the waiver wire in an attempt to have lightning strike twice.

It seems that Johnson has been in obscurity all season despite being one of the consensus top three draft picks this year.  He has rushed for 810 yards and six touchdowns along with 43 catches for 340 yards and two touchdowns.  These numbers are solid, but far less than what was expected from him.  He is dealing with a quadriceps injury which has limited him in practice this week, but he is fully expected to play this weekend against Atlanta.  The Falcons defense has been awful so this could be a great opportunity for Johnson to have a break-out game.

Conner has still not practiced this week but he has not been ruled out yet for Week 15.  It is possible he could be active even if he does not get back on the practice field, but we likely won’t know that for another day or two.  Conner’s absence was catastrophic for GMs who could not fill the void left by his absence.  The Steelers will face a tough matchup against the Patriots but Conner is still a must-start if he plays even at less than 100%.  Jaylen Samuels would get the nod again if Conner is not active.

Hilton did not practice on Thursday due to an ankle injury and now his status for Sunday could be in jeopardy.  The Colts have stormed back into the playoff hunt so they need their star wide receiver on the field for a showdown against Dallas.  Hilton has 62 catches for 986 yards and six touchdowns and would be a legitimate WR2 option for Week 15 against the Cowboys solid defense.  Indianapolis may just want to be conservative with Hilton to ensure he is rested in time for the game, but GMs will need to follow closely for updates over the weekend to see whether he is expected to be activated for the game.

Fantasy GMs suffered another devastating loss on Thursday night when Keenan Allen left the game with a hip injury early in the second quarter.  He was attempting to make a spectacular touchdown catch but injured himself on the way down.  He did not return to the game after that but he was on the sideline for the second half.  Allen is an elite wide receiver with 88 catches for 1,074 yards and six touchdowns.  Mike Williams stepped up in Allen’s absence catching two touchdowns while also rushing for another and catching the game-winning two-point conversion.  The good news is that Allen will have extra time to rest and recover for Week 16 when the Chargers play Baltimore.

Gordon participated in pre-game warmups on Thursday night but the Chargers decided not to activate him as he continues dealing with a knee injury.  Gordon has now missed three games in a row but the Chargers were still able to come away with a dramatic victory in Kansas City allowing them to clinch a playoff berth.  Austin Ekeler was also inactive so rookie Justin Jackson carried the load for the Chargers and delivered a touchdown in the process.  GMs should expect Gordon back next week given the progress he has made and especially now that the Chargers have a legitimate chance of winning the AFC West.

Breida was given a rest last week as his ankle injury finally caught up to him.  He was replaced by Jeff Wilson who turned in his second productive week in a row.  Breida has returned to practice this week in a limited capacity which does put him on track to return for Week 15.  However, given he may not be 100% he would likely split duties with Wilson which would diminish both of their values.  Check back over the weekend for a further update on Breida as the 49ers will have a difficult matchup against a Seattle defense that keeps getting better every week.

Fantasy GMs have been taken for a rollercoaster ride with Drake all season as he has seen his workload reduced but his production has been solid.  He has only rushed for 463 yards and four touchdowns but he does have 41 catches for 366 yards and five touchdowns including the miraculous game-winning score last week against New England.  He has been limited in practice this week with a shoulder injury but he is expected to play in a crucial game against the Vikings this Sunday.  Drake is more valuable in standard leagues due to his scoring propensity, but given the vast array of injuries to running backs he is a viable RB2 option in any format.

McCoy has been dealing with a hamstring injury he suffered last week against the Jets and did return to practice in a limited capacity on Thursday.  It bodes well for his ability to play this weekend against the Lions but McCoy will likely be less than 100%.  The Bills offense is atrocious and McCoy has barely had any fantasy relevance all season.  He is merely a RB2 option for GMs who don’t have better options due to injuries.

It has been a struggle all year for Stafford who has thrown for 3,187 yards along with 18 touchdowns and 11 interceptions.  He continues to deal with a back injury which has limited him in practice this week.  It is very likely that Stafford will be good enough to play in Week 15 against Buffalo, but he does not offer much fantasy value especially since he does not have many viable weapons to throw the ball to.  He is only a QB2 option in two-quarterback leagues. 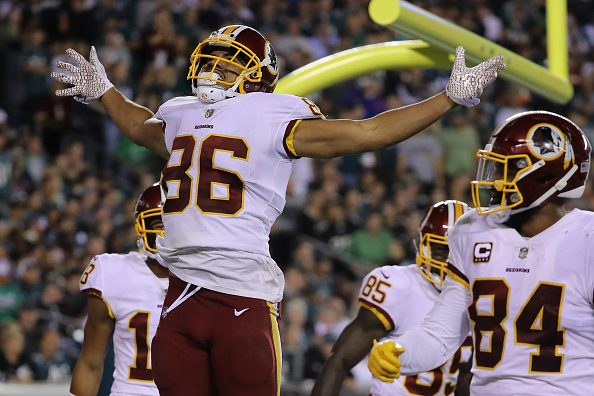 It should come as no surprise that Jordan Reed has not practiced this week since sustaining a toe injury in last week’s loss to the Giants.  The Redskins are in complete freefall mode so it is hard to imagine they will rush their fragile star tight end back onto the field this week.  He has not been officially ruled out yet, but plan on going with an alternative option for Week 15.  Backup Vernon Davis would normally be a viable option, but Washington’s offense has hit a wall rendering him essentially useless.

Hooper has come on lately as a viable fantasy option as he has 64 catches for 557 yards and four touchdowns on the season.  However, he has missed the past couple days of practice with both a knee and ankle injury.  This does not bode well for his status on Sunday against Arizona so GMs should be looking for alternatives at tight end.  We should know more before Sunday but odds are that Hooper will be inactive for Week 15.

It has become exhausting writing about Keke Coutee almost every week.  He just cannot escape his hamstring issues and his status is questionable for Saturday against the Jets.  Coutee has been limited to just six games all season and he cannot be relied upon even if he is active.  He has 28 catches for 287 yards and one touchdown but he has failed to demonstrate any ability to stay on the field consistently.  Keep him on your bench even if he is active for Week 15.