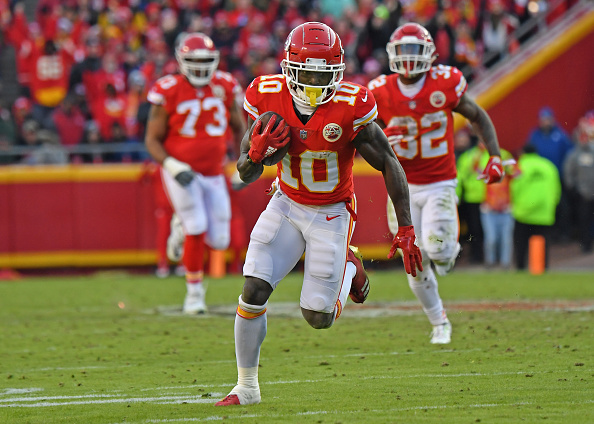 It was a crazy first week of the fantasy playoffs with several key players injured and some unheralded players picking up the slack.  There are still some very big names on this edition of the injury report so if you managed to survive the first round then you will continue to be challenged to advance even further.  GMs can at least take solace knowing that almost every other GM is facing some sort of crisis or dilemma as well, so the playing field is even. So without any further ado, let’s delve into the next edition of the 2018 fantasy football emergency room.

Hill has been one of the top fantasy wide receivers all season amassing 74 catches for 1,258 yards and 11 touchdowns.  He showed a lot of guts playing through a foot injury this past weekend against the Ravens and came up big when it mattered most.  The Chiefs believe he will be ok to play this Thursday against the Chargers in a prime-time AFC West showdown. Fantasy GMs have been battered enough with injuries but Hill proved he can play through his ailments.  GMs should plan on having him in lineups for the Thursday night game and expect big results in what should be a high-scoring game. 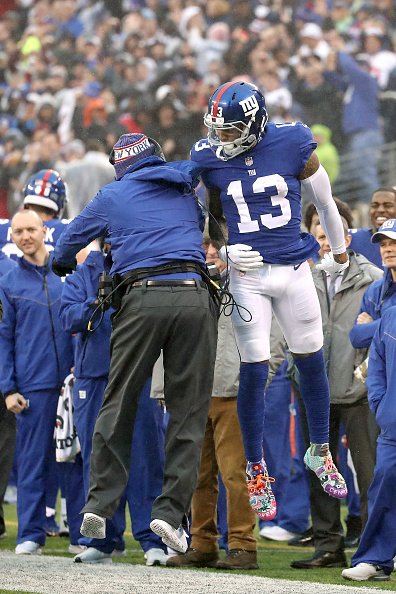 OBJ missed last Sunday’s game against the Redskins with a quadriceps injury much to the chagrin of fantasy GMs.  The Giants reported that Beckham was feeling better on Monday so the hope is that he will be good enough to take the field against Tennessee.  The Giants offense has been playing much better the past several weeks and Beckham has been a big part of it. GMs will need their WR1 in the lineup for this week’s playoff matchups so check back in a couple days for further updates.

Conner’s absence in Week 14 was devastating for fantasy GMs in the first week of the playoffs.  He has been a stud all season but his ankle injury prevented him from taking the field against the Raiders.  The Steelers have not ruled him out yet for Week 15 which is encouraging, but GMs need to be prepared to go another week without him.  Jaylen Samuels saw most of the action in Pittsburgh’s backfield and it is expected he will carry the load again in Week 15 if Conner is not able to return.

The Chargers are in a dire situation at running back right now as Melvin Gordon looks to return from a knee injury which has cost him the past couple weeks.  It seems that it will be a game-time decision whether he plays on Thursday night, so fantasy GMs will be forced to make a critical decision immediately in the second round of the playoffs.  Gordon is obviously a must-start if he plays and his return is even more necessary given that Austin Ekeler is in the concussion protocol on a short week. As big a game as this is for the Chargers, they do have the luxury of essentially having a playoff spot locked up so it is also possible they go the conservative route and not rush anyone back.  Justin Jackson would then be the go-to guy in the backfield and would be a must-start in that scenario.

McCoy suffered a hamstring injury on Sunday against the Jets but an MRI did not reveal any serious damage.  Right now he is considered day-to-day so his status for Week 15 against Detroit is up in the air. McCoy has had little to no fantasy value all season rushing for only 479 yards and two touchdowns.  He is too risky to play this week and even if he does take the field he will not provide the kind of production you need for the fantasy playoffs.

The disaster that has become the Chiefs backfield in the wake of the Kareen Hunt fiasco is thrown into even more flux with Spencer Ware missing practice due to a shoulder and hamstring injury.  He was able to play at the end of the Chiefs win against Baltimore on Sunday so Kansas City could just be acting cautious with him during the week. He is their primary running back now but Damien Williams and his two touchdowns could sneak into a streaming option for Week 15 if Ware is limited or especially is unable to play.

It is hard to believe that Jordan Reed has made it the entire season without being on the injury report, until now.  He suffered a sprained toe during the Redskins’ blowout loss to the Giants on Sunday and now his status for the rest of the season is in jeopardy.  Washington has gone into a freefall after losing two quarterbacks and most of their offensive line, so their playoff hopes have all but vanished. We should know more about Reed’s status later in the week but fantasy GMs should plan on finding an alternative for the rest of the season.

The Ravens quarterback situation is in flux right now.  Lamar Jackson has led the team back into playoff contention but he did suffer an ankle injury in overtime against the Chiefs this past weekend.  In addition, Joe Flacco appears ready to return as well so it is unclear what Baltimore plans on doing for Week 15. Jackson has thrown for 687 yards along with four touchdowns and three interceptions, but more impressively he has also rushed for 475 yards and three touchdowns.  Jackson provides more fantasy value than Flacco simply because of his running skills, but with both quarterbacks potentially sharing time renders them both useless for this week.

Watkins suffered a setback as he was attempting to come back from a foot injury and now it is reported that he will be out four to six weeks.  As a result, the Chiefs signed free agent wide receiver Kelvin Benjamin to replace Watkins. The Chiefs offense looks drastically different than it did just a couple weeks ago but Pat Mahomes keeps on trucking and will now have an opportunity to revitalize Benjamin’s career which has fallen off a cliff.  Watkins can be dropped in all redraft leagues as he is done for the regular season. 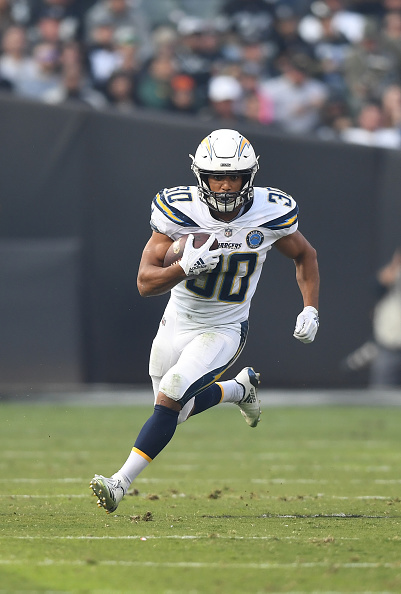 It does not look good for Ekeler’s chances of playing on Thursday night against Kansas City now that he is in the league’s concussion protocol.  Ekeler suffered a stinger on Sunday so it was already questionable whether he would be ready with such a short turnaround. He has valiantly filled in for Melvin Gordon over the past couple weeks and has rushed for 496 yards and two touchdowns along with 39 catches for 404 yards and three touchdowns on the season.  Gordon could return on Thursday which makes him the preferential fantasy option, but Justin Jackson will be the guy if both Ekeler and Gordon are out.

Clement suffered a knee injury on Sunday against Dallas and could be facing a multiple week absence depending on the severity.  He has seen his playing time decreased over the past few weeks due to the emergence of Josh Adams , but Clement was still worth rostering.  However, now that Darren Sproles has returned the Eagles have multiple options in the backfield so they will not need to rush Clement back if he does indeed have a sprain.

Miami had its own miracle on Sunday to beat the Patriots in spectacular fashion, so they are right there in the playoff hunt in the AFC.  Ryan Tannehill ’s return from an injury should help the team’s chances but he is not 100% after suffering an ankle injury in the process. He had to come out for some plays during the game but it is expected he will be good enough to start in Week 15 against a struggling Minnesota team that just got manhandled on Monday night.  Tannehill has thrown for 1,576 yards with 16 touchdowns and six interceptions but he is not a fantasy option except in deep two-quarterback leagues.