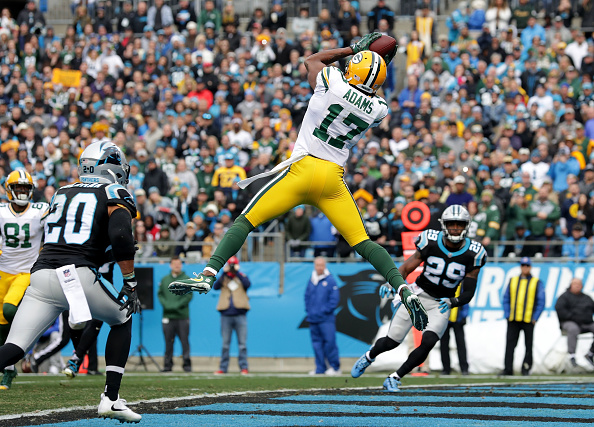 Week 5 is upon us and the calendar has turned to October.  We are at a point in the season where bye weeks become a big factor on top of the ever-changing injury situation.  We have also learned that the Patriots are not dead and you should never count them out both on the field or in fantasy leagues.  So without any further ado, let’s delve into the next edition of the 2018 fantasy football emergency room. 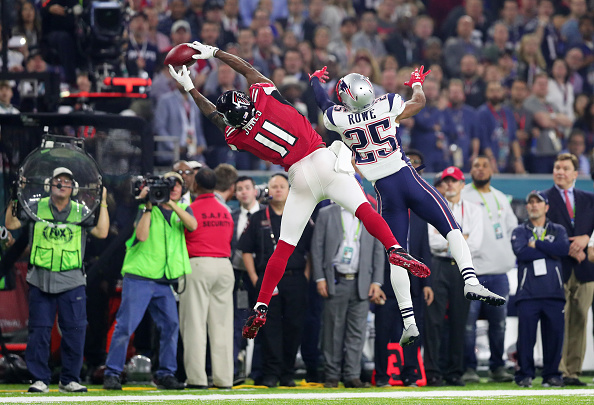 Jones was on the injury report after he missed some practice this week and then came back in a limited capacity on Thursday.  He is dealing with nagging ankle and hand issues but neither of these will affect his status for Week 5.  Jones has not seen the end zone in quite some time but that could change quickly this weekend against the Steelers who have not been able to stop any opposing offenses.  Jones is an elite option every week but could be in for an enormous game so plug him in your lineup and wait for the score alerts to start buzzing on your phone.

The Packers could be in big trouble this weekend as their entire wide receiving core could be sidelined.  Davante Adams suffered a calf injury on Wednesday and then missed practice on Thursday which puts his status for Sunday in serious jeopardy.  Green Bay will also be without Randall Cobb and Geronimo Allison so Aaron Rodgers could be throwing to players like Marquez Valdes-Scantling and J’Mon Moore.  You can expect the Packers to also rely more heavily on the running game now that Aaron Jones is back.  Check in for more updates on Adams’ status over the next 24 hours because that will have a domino effect on several other fantasy players.

The Vikings may have rushed Cook back too soon last week when he re-aggravated his hamstring injury and then missed the second half.  It is not looking good for him to play this weekend against the Eagles as he has missed the past couple days of practice.  Latavius Murray would once again step in and handle the carries out of the backfield if Cook is sidelined.  Even if he does somehow make it onto the field, Cook is not a great fantasy option as he only has 98 yards rushing in parts of three games with no touchdowns

Fournette has already been ruled out for this week’s game against Kansas City so GMs do not have to be tortured with the decision whether to play him.  Fournette is damaged goods right now and should just be stashed on your bench in the hopes that someday he can play a full game.  T.J. Yeldon and Corey Grant will share duties in the backfield in what should be a good opportunity for the Jaguars to open up their offense against a less than stellar Kansas City defense.

The news on Will Fuller is now trending in a positive direction as he expressed his expectation to be play this Sunday night against Dallas.  Fuller is constantly dealing with a hamstring injury but has managed to catch three touchdowns in three games thus far.  He has proven to be a very valuable fantasy wide receiver so it is good news for GMs that he will likely be on the field.  Of course there is always a good chance of him re-aggravating the injury at any time, but his production has been solid enough that he is worth taking the chance on.

Collins did not practice on Thursday as a precautionary measure due to a knee injury.  Baltimore expects him to be on the field against the division rival Browns in what could be a high scoring game.  Collins has been disappointing thus far only rushing for 158 yards but he does have two rushing touchdowns along with one receiving touchdown.  Collins has also had issues holding onto the ball so he is a low-end RB2 due to Javorius Allen ’s increased playing time and scoring propensity in short yardage situations.

Miller practiced in a limited capacity on Thursday but is fully expected to play on Sunday night against Dallas.  He is dealing with a chest injury that does not appear to be any cause for concern.  However, Miller has not produced much from a fantasy perspective thus far rushing for only 225 yards and with only one receiving touchdown.  Alfred Blue has seen an uptick in playing time and could see even more if Miller remains unproductive.

Coleman failed to assert himself over the past three weeks when Devonta Freeman was out of action.  He has rushed for 210 yards and one touchdown along with ten catches for 84 yards and a touchdown which is fine, but GMs expected more out of this explosive running back.  Now that Freeman is coming back, Coleman will revert to his backup status and is also dealing with a shin injury.  Based on Freeman’s return along with the injury, do not expect much from Coleman and treat him as merely a Flex option for Week 5. 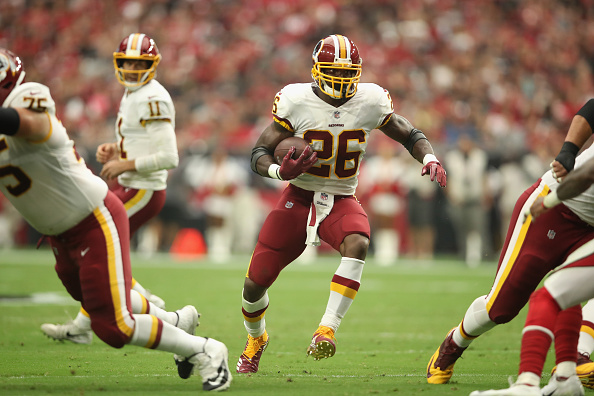 The future Hall of Famer got off to a fast start to the season rushing for 236 yards and three touchdowns through the first three games.  He suffered a sprained ankle a couple weeks ago but was able to rest and recover over the bye week.  He appears ready to play this Monday night against the Saints and should be a solid RB2 or Flex option.  Peterson returned to practice on Thursday so plan on having him in your lineup unless there is an unforeseen setback over the next couple days.

Cobb did not practice again on Thursday which means that he is very unlikely going to play this weekend against Detroit.  Cobb missed last week’s game as well and Green Bay’s offense could have a very different look this week with all three starting wide receivers out of action.  Aaron Rodgers will have to depend heavily on Jimmy Graham as well as the running game with Aaron Jones .

Allison is still in the league’s concussion protocol which makes his status for Sunday very shaky.  Green Bay’s receiving core could be completely depleted this weekend which makes Allison’s injury all the more unfortunate as he could have been in a position to really emerge as legitimate fantasy threat.  He does have 19 catches for 289 yards and two touchdowns already, so if Davante Adams and Randall Cobb remain banged up he could be in for an even bigger breakout once he is cleared from the protocol.

The Bengals had been non-committal about Mixon’s status for this weekend against Miami, but all indications are that he will play.  This is especially significant since Giovani Bernard is also injured with a knee issue so Mixon could see a heavy workload in his first game back.  Mixon got off to a great start to the season so GMs are hoping he can pick right up where he left off a couple weeks ago as a RB1.

The Falcons have confirmed that Freeman will make his return this weekend against Pittsburgh after missing the past three games with a knee injury.  Freeman has said that he is feeling good but GMs should keep their expectations at a minimum with him because it has been quite a while since he produced anything of note from a fantasy perspective.  Treat Freeman as a RB2 this week and let him prove that he is worthy of being counted on.

Many GMs dropped Olsen from their rosters a few weeks ago when he re-fractured his foot.  Now he is on track to return possibly next week which makes him a great option to grab off the waiver wire.  Olsen caught two passes for 33 yards before suffering the injury in Week 1.  He is a significant injury risk but is worth taking a flier on in any league format.

Carson returned to practice in a limited capacity on Thursday.  He has been dealing with a hip injury which cost him last week’s game against Arizona.  It is expected that he will be on the field this weekend but his workload will likely be diminished as has re-inserted himself into the mix after his 100-yard game in Week 4 versus the Rams.  Carson would only be a flex option if you are limited in alternatives for the week.