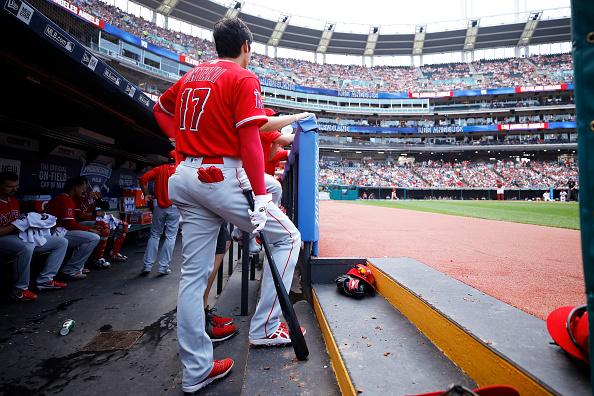 This will be the final edition of the MLB Injury Report for the season as we transition into football.  That doesn’t mean we aren’t here for you for news, updates and recommendations with respect to injuries because the fantasy baseball season is far from over.  This is always the most challenging time of the season for GMs, but not because of the pressure and playoff chase.  MLB rosters expand every September so teams generally have more flexibility to withstand the absence of players.  This means that any type of injury could result in days off which has consequences in fantasy leagues.  Teams out of contention also tend to shut down players when there is nothing left to play for, so fantasy GMs need to be aware of these possible scenarios.  So, without further ado, here is the final edition of the fantasy baseball emergency room for the 2018 season.

The big news that came out this week was that Shohei Ohtani would need Tommy John surgery in the offseason.  Amazingly, Ohtani hit two home runs the same day after this was announced.  Ohtani dealt with elbow issues all year but was highly productive when he did pitch going 4-2 with a 3.31 ERA, 1.16 WHIP and 63 strikeouts in 51.2 innings.  That being said, even if he is unable to pitch at all next year, he could still be the Angels designated hitter based on the recovery time for hitters with this surgery.  Ohtani has had a solid rookie season offensively with a .287 batting average along with 18 home runs, 47 RBI and seven stolen bases.  He should be able to build on that even more in 2019 if he is solely a full-time DH and does not have to prepare for pitching duties.

The Red Sox and fantasy GMs received great news that David Price will make his start on Friday after he was hit in the left wrist by a comebacker last week.  He has been stellar this season pitching to a 14-6 record with a 3.60 ERA, 1.16 WHIP and 152 strikeouts in 26 starts.  Boston does have a comfortable lead in the AL East so they will not push Price any further than they have to, so be wary of short outings for him down the stretch. 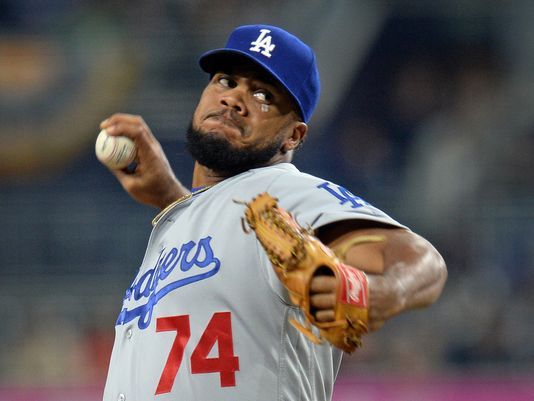 Jansen is not traveling with the team to Denver for a series against the Rockies this weekend because he had issues with the high altitude the last time the Dodgers were there and landed on the disabled list.  Jansen struggled mightily after returning from the disabled list at the end of August but seems to have righted the ship.  He will be back with the team next week but his absence this weekend could have big fantasy implications as the Dodgers bullpen becomes a huge question mark.

Upton sustained a concussion last weekend when he collided with Andrelton Simmons and has been out of the lineup since then.  However, the Angels did not place him on the 7-day DL and they expect him to be back in the lineup on Friday or at least over the weekend.  This is great news for fantasy GMs who have benefited from a solid season from Upton with a .265 batting average along with 26 home runs, 75 RBI, 70 runs scored and seven stolen bases.

Brantley fouled a ball off of his foot on Wednesday and then missed Thursday’s game due to ongoing soreness.  He only suffered a bruise and is expected to be back in the lineup on Friday.  Brantley has had a very solid season batting .303 with 14 home runs, 70 RBI, 77 runs scored and ten stolen bases while also remaining pretty durable which is something that hasn’t happened in several years for him.

The Yankees have been besieged with injuries over the last couple months but they are slowly but surely getting healthier.  Didi Gregorius is set to return from the disabled list on Friday after missing the past several weeks with a contusion on his left heel.  Gregorius’s overall statistics are great for a shortstop but most of the damage he did was very early in the season.  Still, he is batting .270 with 22 home runs, 74 RBI, 76 runs scored and ten stolen bases and his return will be a big boost for fantasy GMs.

The ageless wonder and future Hall of Fame catcher has endured several injuries over the course of his career.  Still at age 36, he is batting .273 with 17 home runs, 61 RBI, 51 runs scored and four stolen bases making him one of the better fantasy options at his position.  However, Molina left Wednesday’s game against Washington with tightness in his hamstring after an attempted stolen base.  Right now he is considered day-to-day but the Cardinals desperately need him on the field as they fight for a playoff berth.  Expect him to miss a couple days at least and also be examined further.

It has been a lost season for Sano with sexual assault allegations, injuries and a demotion to the minor leagues.  All of this has led to a stat line of a .202 batting average with 13 home runs, 41 RBI and 32 runs scored in just 70 games.  He suffered a bruise to his lower leg and was carted off the field on Tuesday.  Fortunately, x-rays came back negative so he shouldn’t be out for an extended absence.  However, he will need to show some progress before the Twins put him back in the lineup.

Perez began the year on the disabled list and now heads into the final month once again banged up.  The Royals catcher is dealing with a sprained thumb which has kept him sidelined for several days but he has not been placed on the DL due to rosters being expanded in September.  He should be back relatively soon but the Royals are in the midst of a disastrous season so there is no need to rush back one of their remaining stalwarts.  Despite missing time in April, Perez still has 23 home runs and 65 RBI making him one of the best fantasy catchers in the league. 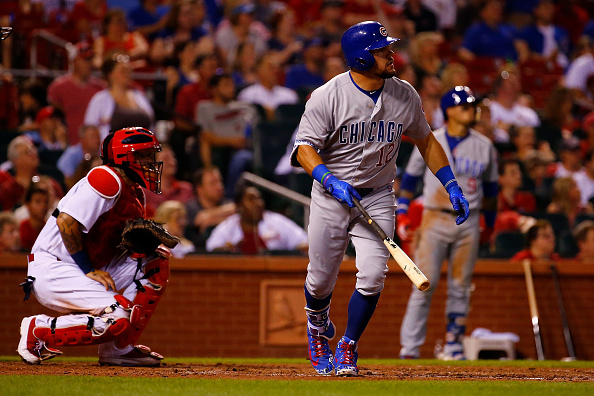 Schwarber was taken out of Wednesday’s game against Milwaukee with a back injury and then sat out of Thursday’s game against Washington.  The Cubs have a lot of depth and flexibility on their roster so there is no need to rush Schwarber back right now.  He has provided what was expected of him from a fantasy perspective slugging 25 home runs but with a paltry .239 batting average.  Keep him stashed until he is ready to return.

The Royals ace pitcher is done for the season with a shoulder injury that he re-aggravated in his last start against Cleveland.  Duffy has been dealing with an impingement in his left shoulder throughout the season which could help explain his 8-12 record with a 4.88 ERA and 1.49 ERA in 28 starts.  Duffy has the talent to be a front line fantasy pitcher, but injuries have been a recurring theme throughout his career.  He will be off people’s radar heading into 2019 which makes him a decent sleeper option later in drafts.

Rondon was hit by a comebacker on his right hand on Monday and has been out ever since.  X-rays did not reveal any fractures which is good news, but he has still missed a few games and may require more rest before he is able to return.  He helped solidify Houston’s bullpen after Ken Giles struggled most of the year and was ultimately traded away.  Rondon has accumulated 14 saves but Roberto Osuna has stepped in while Rondon is out and assumed closing duties.  It is possible Rondon may have to share ninth inning duties the rest of the way if Osuna remains effective in that role as well.