All things considered, it was not an overly active past few days in terms of injuries.  It seems like the world is ending in between each injury report, but this time the carnage was minimal.  We even have some good news to report with a star shortstop about to make his return.   So, without further ado, here is the next edition of the fantasy baseball emergency room. 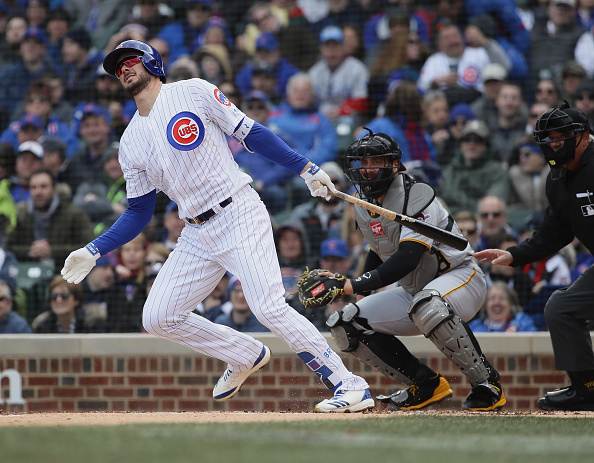 Bryant has missed the past several games after he got hit by a pitch in the head last Sunday.  He is still undergoing concussion tests and the Cubs seem to think he will be back over the weekend as they have held off making a roster move.  Without question, Bryant is an elite third baseman and any games he misses are critical for fantasy GMs.  If he is unable to return this weekend, then expect the Cubs to make a roster move.  Tommy LaStella has played in Bryant’s place and would only be a short-term replacement option if Bryant does land on the disabled list.

Amidst all of the usual bad news fantasy GMs get when reading the injury report, there is actually something positive to report.  Xander Bogaerts is expected to be activated from the disabled list today which marks the end of an incredibly quick recovery from a broken ankle.  It took him less than three weeks to make it back which was well ahead of the initial prognosis.  Bogaerts was already off to a great start to the season batting .368 with two home runs and nine RBI, so hopefully he will pick right up where he left off in the middle of Boston’s potent lineup.

Fantasy GMs received terrible news as Eric Thames suffered a torn UCL in his left thumb.  He has been placed on the disabled list and could miss up to a couple months with this injury.  Thames was on fire again to start the season batting .250 with seven home runs, 13 RBI, 11 runs scored and even had two stolen bases.  He was on pace to amass huge power numbers again, but that is all on hold now.  Look for Jesus Aguilar to get more regular playing time in Thames absence, and Ryan Braun should also see additional time at first base to try and keep him healthy as well.

The Indians placed Andrew Miller on the disabled list due to a strained left hamstring which will cost him at least a couple weeks.  Miller has been absolutely dominant thus far going 1-0 without allowing a run in ten innings.  He also has a sparkling 1.00 WHIP, 17 strikeouts and four holds making him arguably the most valuable middle reliever in fantasy baseball.  He is worth stashing on your bench or a DL slot, so if for some reason he is dropped then pounce on the waiver wire and grab him.

Oakland closer Blake Treinen suffered a bruised right shin when he was struck by a line drive on Tuesday.  Fortunately, he didn’t suffer any fractures and it is expected he should be available again by Friday.  Santiago Casilla turned back the clock and picked up the save after Treinen left the game, but that was likely a one-time deal.  Treinen has been terrific thus far with a 1-1 record and a 1.50 ERA, 1.25 WHIP, three saves and 14 strikeouts in eight appearances.  He is a player you should look to trade while his value is high because he is an asset Oakland will look to unload at the trade deadline if they are out of contention in the AL West. 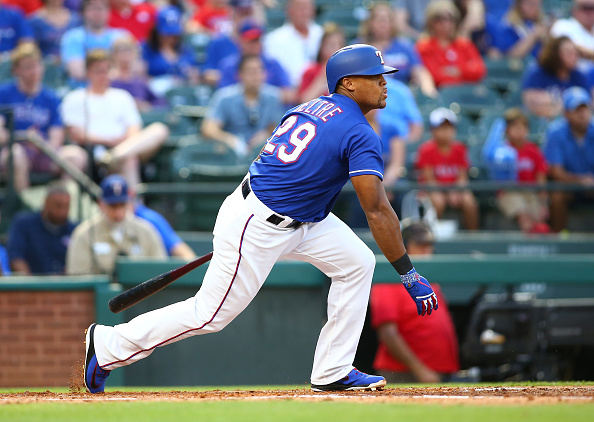 Three quarters of the Rangers infield is now on the disabled list after Beltre suffered a strained left hamstring.  He sustained the injury while running out a base hit on Tuesday and will likely miss at least a couple weeks.  The 39-year old veteran is batting .310 with one home run, eight RBI and 11 runs scored thus far still making him relevant on fantasy teams.  That being said, he is not a lock to be stashed so he is an option to drop if you have better players that need DL spots.

The Giants called up Mac Williamson when they placed Hunter Pence on the disabled list and all he has done is hit .316 with three home runs, six RBI and three runs scored in only 19 at bats.  He was originally in the Giants lineup on Wednesday but was scratched because of stiffness in his neck after he had crashed into the outfield wall on Tuesday trying to catch a foul ball.  He should be back in the lineup on Friday and expect him to stay with the club even when Pence is eligible to return because Williamson is likely the better offensive option at this point.

Kennedy was in a walking boot after getting hit by a line drive on his right foot off the bat of Ryan Braun on Tuesday.  It is up in the air right now whether he will be able to make his next start this weekend so you will need to check back in and monitor his status.  Kennedy is only a marginal fantasy option for deep leagues as he is 1-3 with a 3.46 ERA, 1.42 WHIP and 22 strikeouts in 26 innings.

The Orioles placed Beckham on the disabled list with a strained left groin which may require surgery.  It was reported in Baltimore that Beckham could miss six to seven weeks if surgery is performed.  He has struggled mightily at the plate thus far hitting just .179 with one home run, four RBI and 28 strikeouts in only 23 games.  Jace Peterson and Danny Valencia should see most of the playing time in Beckham’s place, but neither are viable fantasy options.  If for whatever reason Beckham was on your roster, then drop him immediately and forget it ever happened.