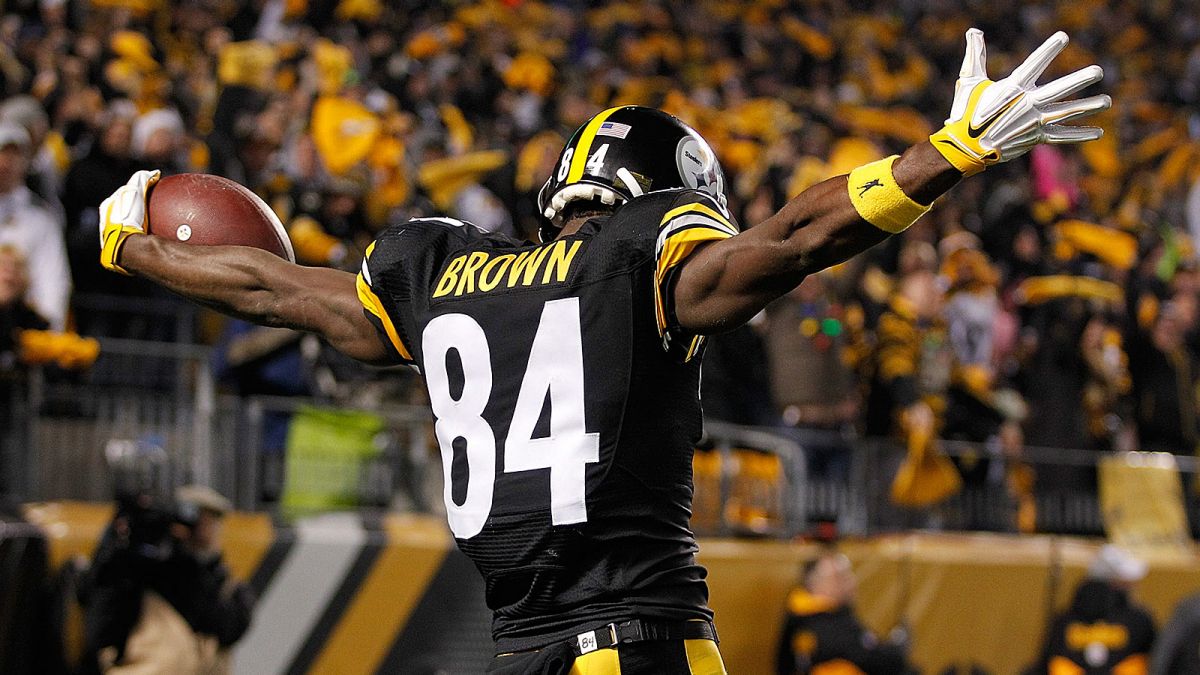 Week 16 is officially here which means championships will be decided in most fantasy leagues by next Monday night.  It wouldn’t be a normal week without some devastating injuries to severely impact GMs pursuing a league title.  Last week we saw one MVP contender in Carson Wentz go down with a season-ending injury, and now we have lost another MVP candidate in Antonio Brown.  Injuries have ravaged many fantasy rosters this year so kudos to those of you who are still alive in the hunt for a championship.  It has been a battle of attrition but the finish line is now in sight.  So, without further ado, let’s delve into the next edition of the fantasy football emergency room.

Antonio Brown (WR-PIT) – The timing could not be any worse for GMs who have now lost the best wide receiver in football for the rest of the fantasy playoffs.  Brown suffered a partially torn calf muscle which will cost him the rest of the regular season.  He is expected to be back for the playoffs but that won’t do GMs any good for the final two weeks of the year.  Brown is unquestionably the best receiver in real and fantasy football with 101 receptions for 1,533 yards and nine touchdowns.  His loss cannot be compensated for so you will have to do some patchwork to your lineup for the fantasy finals.  Martavis Bryant and Juju Smith-Schuster will have the opportunity to step up in Brown’s absence and are solid WR2 or WR3 options against Houston in Week 16. 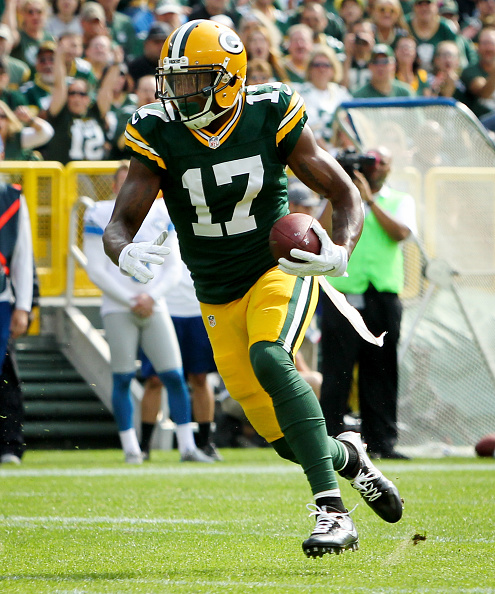 Davante Adams (WR-GB) – Once again Davante Adams is in the concussion protocol because of a violent hit to the head.  He was destroyed by Thomas Davis who was allegedly attempting to throw a block when he went at Adams head-first and propelled him to the ground.  This is the second concussion Adams has sustained this year and is likely going to cost him one, if not both, of the Packers final two games of the season.  This is distressing for fantasy GMs who have counted on his production, especially now with Aaron Rodgers back on the field.  Adams has 74 receptions for 885 yards and ten touchdowns making him a solid WR2 in any league format.

Keenan Allen (WR-LAC) – Allen suffered a back injury on Saturday night against Kansas City and had to be carted off the field late in the game.  It looked more ominous than it was becayse the Chargers expect him to be just fine for Week 16’s game against the Jets.  The Chargers may be without tight end Hunter Henry (see further below) so Allen could have to shoulder an even bigger load for Philip Rivers as they face a dire situation to keep their playoff hopes alive.  Allen is a lock as a WR1 with 88 catches for 1,197 yards and five touchdowns on the season and should put up big numbers against a Jets team that has mailed it in.

Amari Cooper (WR-OAK) – The disastrous season for Amari Cooper continued as he missed another game this past Sunday night against Dallas.  Cooper had come back for Week 14 from a concussion and an ankle issue but quickly re-aggravated the ankle injury and was removed from the game early on.  He was subsequently ruled out for Week 15 and has left fantasy GMs high and dry during the playoffs.  Cooper has only caught 42 passes for 499 yards and five touchdowns making him one of the biggest busts of the year.  Even if he is able to play in Week 16 he certainly is not a lock to be in your starting lineup because he cannot be trusted at all.

Chris Hogan (WR-NE) – Hogan missed several games with a shoulder injury and then came back for Week 14 not looking like himself.  He was limited in practice this past week and was eventually ruled out for Week 15 against the Steelers.  This was very disappointing for fantasy GMs who were expecting a shootout between two prolific offenses and were banking on production from Hogan.  The Patriots are clearly being conservative with Hogan who is still dealing with the shoulder injury.  Check back later this week for further updates on his status for Week 16 but fantasy GMs should already be accustomed to being without him at this point.

Jeremy Maclin (WR-BAL) – Maclin started off the season red hot and then faded into oblivion for most of the rest of the season despite Baltimore’s offense catching fire recently.  He has been dealing with a variety of injuries for several weeks and sustained a knee injury this past weekend.  The Ravens have a short week this week as they face Indianapolis next Saturday which will make it difficult for him to come back in time.  If Maclin is unable to play, then look for Michael Campanaro to see most of the snaps in his place. 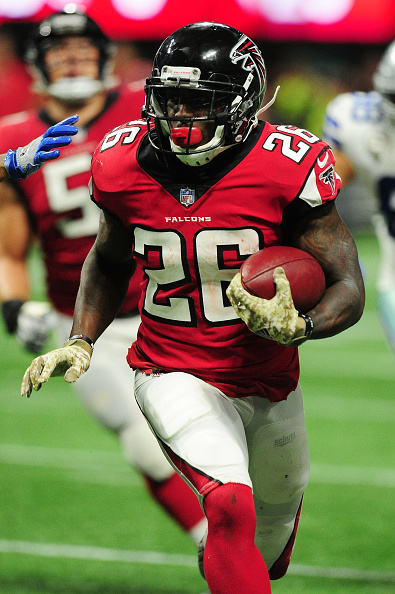 Hunter Henry (TE-LAC) – The Chargers are in must-win mode now for their last two games as their playoff chances took a serious hit this past weekend.  They may have to be without tight end Hunter Henry for one or both of these games after he suffered a laceration in his kidney during the Chargers loss to Kansas City on Saturday.  Henry has 45 catches for 579 yards and four touchdowns as Philip Rivers’ second-best target besides Keenan Allen.  If Henry cannot play then look for the Chargers to dust off Antonio Gates and see if he has anything left to contribute.

Tevin Coleman (RB-ATL) - Coleman was held out of Monday night’s game against Tampa Bay as he is still dealing with a concussion.  He has been suffering from this for a couple weeks and was not cleared to play in the prime-time matchup.  Coleman has rushed for 593 yards and five touchdowns to go along with two receiving touchdowns making him one of the better handcuffs in the league.  He is normally a RB2 option on a weekly basis so fantasy GMs should monitor his status throughout the week for updates on his condition for Week 16.

Kerwynn Williams (RB-ARZ) – Williams had taken over for the injured Adrian Peterson and amassed 300 rushing yards and one touchdown in the past couple weeks.  However, he suffered a quadriceps injury this past weekend against Washington which cost him most of the snaps in the second half.  As of now we do not know the severity and extent of the injury so his status is up in the air for Week 16.  If he is able to play, Williams will be a solid RB2 or Flex option with a favorable matchup against a terrible Giants defense.

Emmanuel Sanders (WR-DEN) – The Broncos horrendous offense has rendered Emmanuel Sanders irrelevant from a fantasy perspective most of the season.  He suffered a right ankle bruise during Denver’s win against the Colts last Thursday night and is now considered day-to-day.  He will have a few extra days to recover before next week’s game against the Redskins but is still barely a fantasy option at this point.  The Broncos plan on going with Paxton Lynch at quarterback if he is healthy and this does not bode well for Sanders or any other Denver receivers based on how awful Lynch was in his previous game earliest in the season.

Tavarres King (WR-NYG) – It has been ten weeks since the Giants lost all of their wide receivers in the same game and still haven’t found anyone else to step up in their absence.  However, Tavarres King finally broke through and caught two touchdown passes this past Sunday against the Eagles.  Unfortunately, King also suffered a concussion and is now in the league’s protocol meaning his status is questionable for Week 16 against Arizona.  He wouldn’t normally be a fantasy consideration but his explosion last week could have put him in the conversation.  However, this injury puts him right back where he belongs on the waiver wire.

Paxton Lynch (QB-DEN) – Denver’s quarterback situation has been a train wreck all season and the disaster continues this week as Paxton Lynch is expected to play if healthy.  He has been dealing with an ankle injury and if he is able to make it through practice this week without any setbacks then he is expected to be on the field.  Lynch was horrendous in his previous start and there is no reason to expect much better this week.  Temper your expectations for Denver’s wide receivers and go after the Redskins defense on the waiver wire.