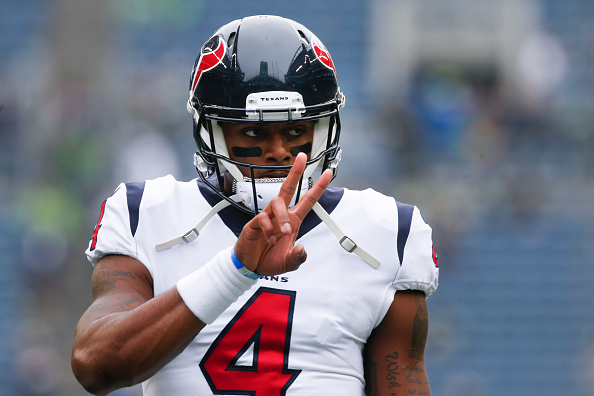 Another one bites the dust.  So far this season, we have lost David Johnson, Odell Beckham, Jr., Andrew Luck, Aaron Rodgers, Carson Palmer, Eric Berry, Dont’a Hightower, J.J. Watt, Dalvin Cook, Danny Woodhead, Julian Edelman and Whitney Mercilus to season-ending injuries.  There is an epidemic in the NFL and no known cure.  Now we must add another elite player to this list which has sent fantasy football rosters into complete and utter chaos.  Trade deadlines are fast approaching so now is the time to take action and try to compensate for some of these devastating losses while you still can.  So, without further ado, let’s delve into the next edition of the fantasy football emergency room. 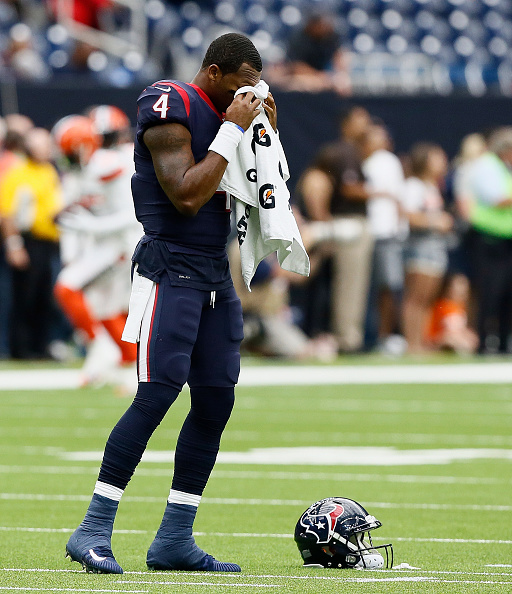 Deshaun Watson (QB-HOU) – There is no sugarcoating how devastating this injury is for fantasy GMs.  Watson emerged in Week 1 taking over for Tom Savage and quickly became one of the best fantasy players in the league passing for 1,699 yards and 19 touchdowns along with two rushing touchdowns.  He ignited a stale Texans offense and likely propelled teams into playoff contention over the course of the last month.  Watson unfortunately sustained a torn ACL at practice this week and will have season-ending surgery.  Tom Savage will reclaim his starting position for now which devalues players like DeAndre Hopkins and Will Fuller.  This is arguably the most impactful injury of the season so GMs need to act fast to compensate for the loss.

Devonta Freeman (RB-ATL) – Freeman sustained a stinger last weekend and was limited in practice this week.  However, he reported that he feels fine and will be ready to go for this week’s matchup against the Panthers.  He has been in a scoring drought of late but he is still a RB1 in all league formats and should be played without hesitation.

Lamar Miller (QB-HOU) – The major news out of Houston (besides the Astros winning the World Series) was Watson’s injury so the fact that Miller has been limited in practice with a knee issue certainly hasn’t gotten a lot of attention.  He should be fine to play this weekend as he was likely just being spared in practice to keep him fresh for Sunday.  Miller is a RB2 with four total touchdowns this year and will likely see a heavier workload now that Tom Savage is back under center.

Chris Hogan (WR-NE) – Hogan is dealing with a shoulder injury that is similar to what Golden Tate had a few weeks ago.  Fortunately, the Patriots are on a bye this week so Hogan may only need to miss one game at most before being able to return.  He has been a great value wide receiver with 438 yards receiving and five touchdowns.  Check back next week to see where he is at and whether he can return in Week 10. 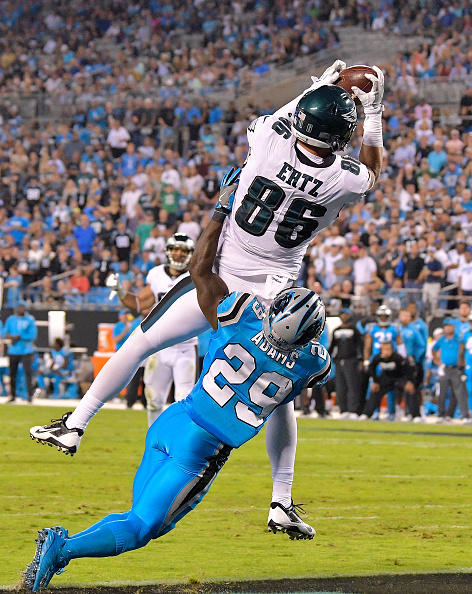 Zach Ertz (TE-PHI) – It hurts that Ertz is hurt.  See what I did there?  Ertz has arguably been the best fantasy tight end not named Travis Kelce this season and was limited in practice on Thursday with a hamstring injury.  It does not appear that his status for Sunday’s game against Denver is in jeopardy so plan on playing him confidently as he looks to catch a touchdown in his fifth straight game.

Jordan Reed (TE-WAS) – Death, taxes and Jordan Reed missing games.  These are things that are guaranteed in life and true to form it is what is happening.  Reed suffered a hamstring injury last Monday night and has sat out of practice this week.  It does not look good for him playing this weekend but fantasy GMs should not be surprised as he has missed so many games in his career that people are used to having to replace him.  Vernon Davis would step in to play for Reed and could be a solid streaming option for Week 10.

Martellus Bennett (TE-GB) – Bennett did not practice on Thursday due to a shoulder injury and he is listed as questionable for Sunday.  The Packers offense has obviously been decimated with the loss of Aaron Rodgers so things do not look bright for Bennett from a fantasy perspective.  He is usually a red zone magnet but has been held to 24 catches for 233 yards and no touchdowns thus far.  He is only a TE2 option this week assuming he is able to take the field.

Jamison Crowder (WR-WAS) – Crowder was held out of practice on Thursday with a hamstring injury after having his best game of the year last Monday night.  The Redskins offense has been so erratic as Kirk Cousins has not gotten a lot of production from his top receivers thus far this season.  Things looked up for Crowder after accumulating 123 yards receiving last week but now he has taken a step back with this injury.  If Crowder cannot play then perhaps Terrelle Pryor will have a better chance of finally stepping up for the first time in a Redskins uniform.

Pierre Garcon (WR-SF) – The veteran wide receiver has been placed on injured reserve with a neck injury and is done for the season.  Garcon was one of the only bright spots for a dreadful 49ers team as he had 40 catches for 500 yards this season but was held without a touchdown.  He is in the twilight of his career so there are serious questions about his future going forward.  Garcon can be dropped in all league formats and we may have seen the last of him on the field if he decides to retire.

Emmanuel Sanders (WR-DEN) – Sanders is expected to return this weekend against the Eagles after missing the past couple weeks with an ankle injury.  He will have Brock Osweiler throwing to him now so perhaps there is some short-term optimism for a spark in Denver’s offense.  Sanders is just a WR3 option this week so don’t set high expectations for yourself.

Zay Jones (WR-BUF) – Jones had his best game of the season on Thursday night against the Jets when he caught six passes for 53 yards and a touchdown.  He went down with a knee injury early in the game only to return and then injure it again.  The commentators marveled at Jones’ route-running skills so it appeared that he was heading in the right direction in terms of involvement in the Bills offense.  However, now that he is banged up and Kelvin Benjamin will be joining the team this week those plans could be changed.  He will have some extra time to heal in preparation for Week 10 against New Orleans.