Michael Stein brings you all the latest updates on injuries around NFL and the fantasy impact of players going on and coming off the IR. 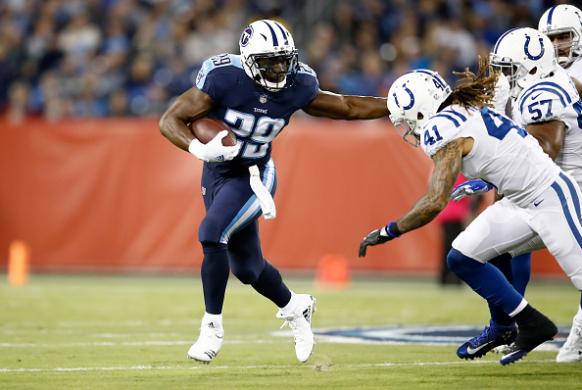 The painful reality of life without Aaron Rodgers officially begins this week so fantasy GMs need to recalibrate their strategies and thought processes in order to deal with the domino effect of this injury and all others.  There will be some tough decisions to make this week with the unknown status of several players, so continue monitoring the injury reports right through Sunday morning.  So, without further ado, let’s delve into the next edition of the fantasy football emergency room. 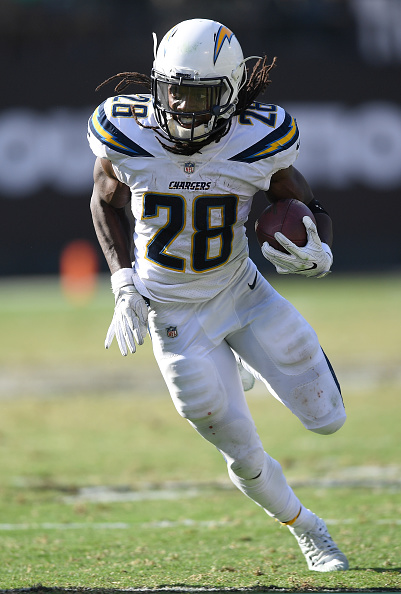 Melvin Gordon (RB-LAC) – The Chargers have not looked good since moving to Los Angeles but Melvin Gordon has continued to be a valuable fantasy asset.  He has rushed for 356 yards and three touchdowns to go along with 28 catches for 222 yards and four touchdowns.  He is still dealing with a shoulder injury which has kept him in a limited capacity at practice this week but he is fully expected to play on Sunday against Denver.  The Broncos vaunted defense was exposed last week against the Giants so the hope is that Gordon can exploit that and continue to put up big numbers as a solid RB1.

Leonard Fournette (RB-JAX) – The likely rookie of the year has exploded on the scene this season with 596 yards rushing and six touchdowns already.  He is dealing with an ankle injury which has kept him limited at practice but right now he is projected to suit up against Indianapolis on Sunday.  Fournette will have a very favorable matchup against a pedestrian Colts defense so unless you hear otherwise this weekend you should plan on locking him in as an elite RB1 for Week 7.

DeMarco Murray (RB-TEN) – Murray’s status for Week 7 is up in the air right now as he is dealing with a hamstring injury.  The Titans have all but acknowledged that there is a possibility Murray may not play so GMs should be cautious about starting him even though he would have a great matchup against Cleveland.  This just means that Derrick Henry is a more viable candidate to play and he should get the nod over Murray if you need to make a choice for Week 7.

Stefon Diggs (WR-MIN) – It does not appear that Diggs thinks he will be able to play this weekend so GMs should plan on having an alternative once again.  Diggs has been recovering from a groin injury and apparently did not do a lot in practice on Thursday.  He has been solid this season with 23 catches for 395 yards and four touchdowns but his health is a question mark and GMs should wait at least another week before putting him back in lineups.  Adam Thielen will once again be the Vikings top wide receiver.

Jameis Winston (QB-TB) – Winston has been dealing with a shoulder injury all week since he suffered an AC joint sprain against Arizona last Sunday.  Despite that, Tampa Bay has formally announced that Winston will in fact start this weekend which is good news for Mike Evans and DeSean Jackson owners.  There are better options to play than Winston but he is serviceable if you are in a pinch due to injuries or bye weeks.

Chris Hogan (WR-NE) – Hogan has a rib injury that he managed to play with against the Jets last week and he will do the same this coming Sunday night in a Super Bowl rematch against Atlanta.  Hogan is a solid WR2 option for a game that should be very high scoring.  He has caught five touchdown passes already and has a great opportunity for more in prime time for Week 7. 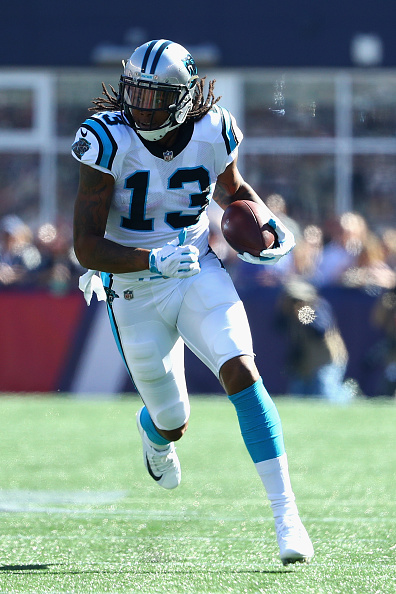 Kelvin Benjamin (WR-CAR) – The Panthers believe that Benjamin will be on the field this weekend against the Bears despite having a knee injury.  He missed practice on Wednesday and Thursday but did suit up on Friday.  He has come on the past few weeks after a very slow start and has 26 catches for 371 yards and only one touchdown thus far.  Carolina’s offense has picked it up since getting off to a slow start but Benjamin is a risky fantasy option this weekend playing on the road and being less than 100%.

Bilal Powell (RB-NYJ) – Powell will return this week after missing last week’s game against the Patriots due to a calf injury.  He will likely have to share carries with Matt Forte and Elijah McGuire so Powell is only a RB2 option at best.  The Jets have played far better than anyone could have anticipated but they still don’t have an offense with many fantasy assets.  Powell has scored two touchdowns this season but do not expect significant points from him thanks to a crowded backfield with no clear workhorse.

Demaryius Thomas (WR-DEN) – Thomas was limited this week in practice but returned on Thursday and will be on the field against the Chargers this Sunday.  Denver’s wide receivers have been hit with the injury bug lately so Thomas should see a lot of targets heading his way.  He is a borderline WR1/2 option against a weak defensive team.

Sterling Shepard (WR-NYG) – The sole survivor of the Giants massacre a couple weeks ago, Shepard is expected to return this Sunday against Seattle.  He sustained an ankle injury against the Chargers a couple weeks ago and is the only one of the starters who is not done for the season.  Shepard has 22 catches for 263 yards and one touchdown thus far and will now be relied upon for a more expanded role as their number one wide receiver.  Seattle’s defense is one of the best in the league so he will have his hands full running routes and trying to get open.  Shepard is a WR3 option at best in deeper leagues.

Willie Snead (WR-NO) – Snead had just one catch for 11 yards last week in his season debut but should be in for a bigger role this week against Green Bay.  He missed a game with a hamstring injury after his suspension was over and should be healthy by now.  The Saints offense has been playing at a high level so expect Snead to see some opportunities against a dejected Green Bay team who will have to navigate the season without Aaron Rodgers. 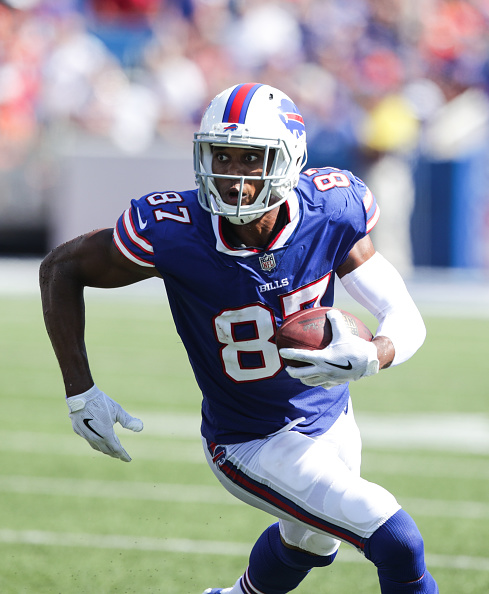 Jordan Matthews (WR-BUF) – Matthews is coming back from a thumb injury and practiced in a full capacity on Friday.  This means he should be ready to go for Sunday against a weak Tampa Bay secondary despite him being listed as questionable.  Matthews has just ten catches for 162 yards and one touchdown since joining Buffalo, but he should see a lot of targets this weekend with Charles Clay out of the lineup.

Andre Ellington (RB-ARZ) – Ellington did not practice again on Friday meaning his status for Sunday’s game against the Rams is in serious doubt.  He saw his role get diminished with the acquisition of Adrian Peterson who lit up the scoreboard last weekend.  Ellington has provided value in PPR leagues with 28 catches for 257 yards, but he is likely not going to play this weekend due to his quadriceps injury.  Peterson should be in for another heavy workload making him a great fantasy option.

Mohamed Sanu (WR-ATL) – The Falcons have taken Sanu off their injury report for this week meaning he is good to go for the showdown against New England.  Sanu has 16 catches for 163 yards and one touchdown thus far but could be a sneaky Flex option for Week 7 against a vulnerable Patriots defense.  New England will be game-planning for Julio Jones and Devonta Freeman, so Sanu has an opportunity to take advantage of some mismatches in Bill Belichik’s secondary.