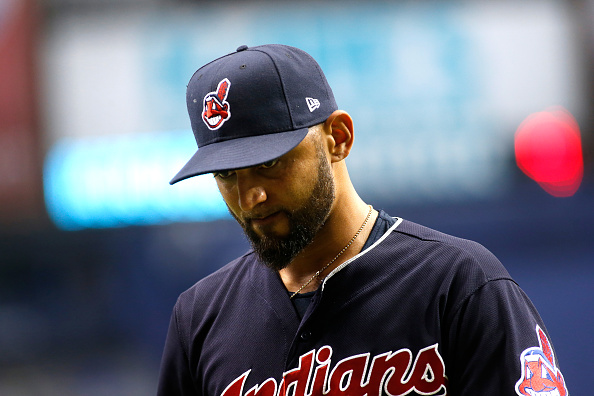 It is wash, rinse, repeat every time I write this article.  The later we get into the season, the more depressing it gets reporting on some of these injuries because it is plainly obvious that this will have a detrimental impact on many GMs’ playoff hopes.  This edition of the injury report contains several second basemen including the top two fantasy options.  It just goes to further prove the point that you need depth and positional flexibility throughout the season to sustain injuries like this.  So, without further ado, let’s delve into the next edition of the fantasy baseball emergency room.

Jose Altuve (2B-HOU) – The leading candidate for American League MVP has been all-world all season batting .357 with 19 home runs, 67 RBI, 85 runs scored and 29 stolen bases.  However, he has now been bitten by the injury bug that has infected the Astros the past couple months after he was removed from Thursday’s game against Washington with discomfort in his neck.  The extent of the injury is not known so he should be considered day-to-day right now.  Marwin Gonzalez stepped in for him on Thursday and would likely fill in at second base if Altuve needs some more time off.  Altuve is an irreplaceable player so any time he misses is dangerous for fantasy GMs as we head towards the playoffs.

Robinson Cano (2B-SEA) – Another elite second baseman is also on the shelf as Cano was taken out of Wednesday’s game against Atlanta with tightness in his left hamstring.  He underwent an MRI on Thursday which did not appear to reveal serious damage, so he may be able to avoid a trip to the disabled list.  Cano’s status for the weekend against the Yankees is in jeopardy, but as long as he does not have a prolonged absence GMs should be able to survive a couple days without him even though he would have had an opportunity to shoot for the right field porch at Yankee Stadium. 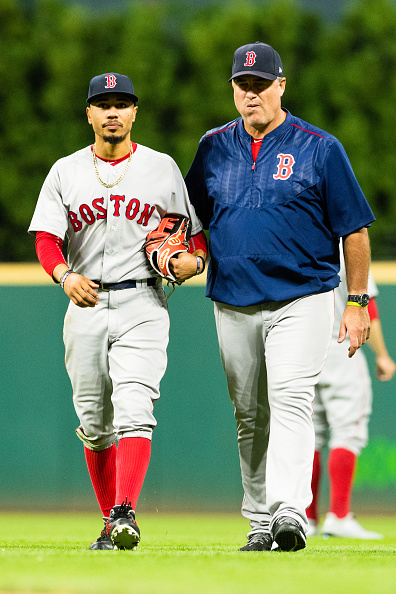 Mookie Betts (OF-BOS) – Betts crashed into the right field wall on Thursday and then was taken out of the game later on due to a bruised right knee.  He is considered day-to-day and will likely need a day or two off to rest and recover.  Betts has been somewhat of a disappointment this year given where he was typically drafted.  He is batting .263 with 18 home runs, 77 RBI, 82 runs scored and 18 stolen bases.  Those are solid numbers generally, but not good enough for a top five draft pick.  Check back on his status later today and plan on an alternative in the short-term future.

Zach Britton (RP-BAL) – It has been an injury-marred season for the Orioles closer who has spent a considerable amount of time on the disabled list this year.  He is now dealing with a knee injury which could land him right back on the DL.  He blew his first save in over a year on Wednesday and then it was revealed he had been dealing with knee issues for quite a while.  Brad Brach would step back in as Baltimore’s closer so grab him back off the waiver wire if you can.

Mike Moustakas (3B-KC) – The Moose is set to break the Royals’ franchise record for home runs in a season but that could be on hold for a little while depending on the severity of his leg injury.  He claims he felt a pop in his knee on Wednesday but appears to be ok enough to possibly return to the lineup on Friday.  Moustakas is pending free agent and has had a great season batting .281 with 35 home runs and 77 RBI.  If he is able to play then by all means should you have him in your lineup as well.

Travis Shaw (3B-MIL) – The Brewers have very quietly gotten a tremendous season out of Travis Shaw who was acquired from Boston last winter.  Shaw is batting .285 with 27 home runs and 82 RBI which has helped keep Milwaukee in playoff contention all year.  However, he fouled a ball off of his right foot on Wednesday and was on crutches after the game.  He is considered day-to-day as the Brewers are confident he avoided a serious injury or fracture of any bones.  Depending on his pain tolerance and swelling, he could be back on the field early this weekend.

Yoan Moncada (2B-CHW) – The White Sox young second baseman has not caught fire yet in the batter’s box hitting just .188 with three home runs, 11 RBI and an astounding 44 strikeouts in just over 100 at bats.  He has tremendous upside and will be a big part of Chicago’s plans for next season.  He was taken out of Thursday’s game due to shin splints in his right leg which he has been dealing with for the past week.  Moncada is scheduled to have an MRI which will let us know more about his status going forward.  Given his struggles, he is not a great starting option right now but should still be revered in keeper leagues.

Cody Bellinger (1B/OF-LAD) – Unsurprisingly, the Dodgers placed Bellinger on the disabled list retroactive to August 20 with a right ankle sprain that he sustained last weekend.  Los Angeles has a comfortable lead and can afford to be cautious and conservative with the likely Rookie of the Year.  Bellinger should be back by the end of the month and can pursue a major milestone of 40 home runs in his rookie season. 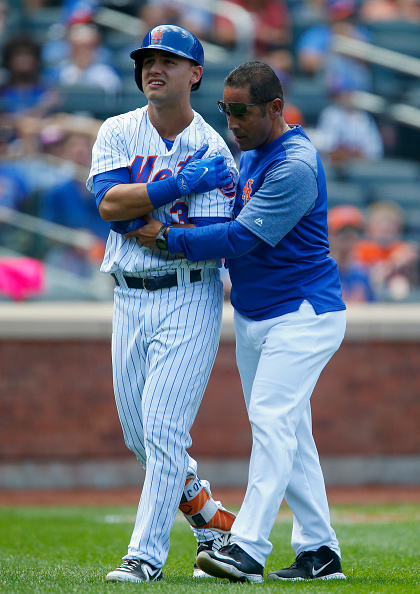 Michael Conforto (OF-NYM) – This stuff only seems to happen to the Mets who have been decimated by injuries all year which prompted their fire sale over the past month.  Conforto has had a great season establishing himself as a major force in the Mets lineup with a .279 batting average along with 27 home runs, 68 RBI and 72 runs scored.  Unfortunately, he suffered a serious shoulder injury swinging the bat this week including a dislocation as well as a tear of his posterior capsule.  Surgery will likely be needed which will effectively end his season.  Assuming he can fully recover in time for spring training, he will have great draft value for 2018 hitting in the middle of the order with power and run production.

Jackie Bradley, Jr. (OF-BOS) – Boston placed Bradley on the disabled list with a sprained left thumb which he suffered on Thursday against Cleveland.  He did not break any bones, but an MRI revealed the sprain prompting the roster move.  Boston believes he will be back before the end of the season but he will require an extended stay on the disabled list as he will be in a splint for the next week.  Bradley was hitting .262 with 14 home runs and 54 RBI which is a drop-off from his breakout 2016 season.  Despite that, he is still a serviceable OF4 or OF5 in deep leagues.

Jason Kipnis (2B-CLE) – The fun keeps going for Jason Kipnis who has had a lost season with a variety of injuries.  He is now back on the disabled list with a strained right hamstring which he re-aggravated on Tuesday against Boston.  This will likely keep him sidelined several weeks, especially since he has had this injury for quite some time.  Kipnis was only batting .228 with 11 home runs and 30 RBI, so GMs won’t really be missing much.  Look for Jose Ramirez to play second base most of the time in Kipnis’s absence with Giovanny Urshela handling third base.

Danny Salazar (SP-CLE) – Just when it looked like Salazar had turned things around, he has ended up back on the disabled list with inflammation in his right elbow.  Salazar was demoted to the bullpen, minor leagues and on the DL earlier this season after a horrendous start over the first couple months.  But between July 22 and August 15, he made five starts going 2-0 and allowed a total of five earned runs in 32.1 innings with 46 strikeouts.  However, he was bombed in his last start this week and is now out at least well into September.  You will need roster flexibility heading down the stretch, so despite his recent success you should not hesitate to drop him if you need a replacement or additional depth.