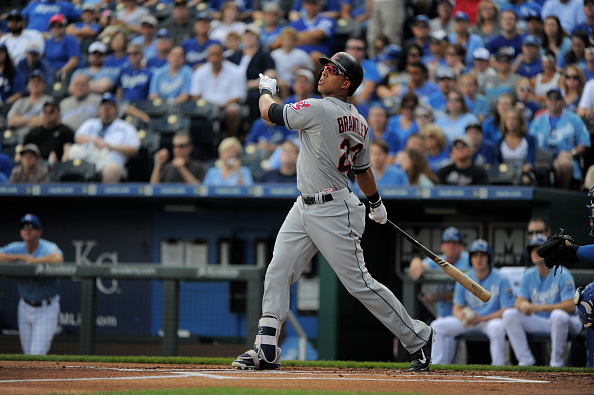 Injury – He underwent arthroscopic surgery on his right shoulder to repair a partially torn labrum he sustained in September 2015.

2016 OUTLOOK – Brantley has established himself as an extremely valuable fantasy baseball player with solid statistical production in all five major Roto categories.  He missed 25 games in 2015 and will miss at least that many again this year.  His draft value is diminished slightly because he will start the season on the disabled list, but that could make him an extremely popular bargain pick.  Assuming he comes back on schedule, Brantley should still be counted on to produce statistics commensurate with his past two seasons.  The Indians have a solid lineup around him and he remains one of a select few players who perform in all five Roto categories.  The biggest question about Brantley is whether his power will truly develop or simply remain an extra base hit machine.  He should not be drafted as an OF1 due to his injury, but he is worth stashing on your bench for a month in order to reap the rewards the rest of the way.

If you are wondering the best way to evaluate players such as Brantley so that you can be prepared for your draft, then be sure to check out the 2016 Fantasy Alarm Draft Guide.