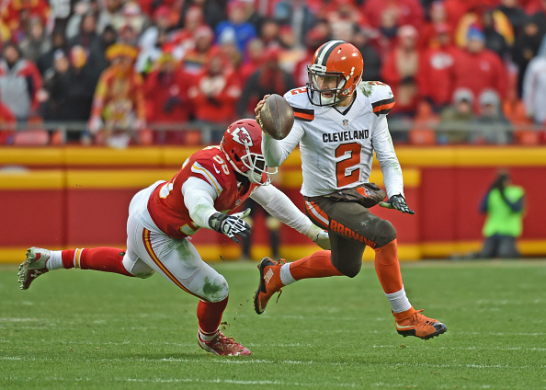 I would like to wish all of the loyal Fantasy Alarm readers a happy and healthy New Year.  Thank you for being an interactive and loyal audience.  We are heading into the final week of the NFL regular season which can be looked back upon as the Year of the Injury.  Many fantasy titles have already been decided, but if you are in a league that plays through Week 17 then your torture continues.  So without further ado, here is the next edition of the fantasy football walking wounded.

It’s been the same routine for Peterson this week as it was last week where he didn’t practice but is still expected to play.  He had a big game against the Giants last week and should be counted on for similar results in Week 17 when the Vikings play for the NFC North title.  He is a must-start RB1.

Megatron is listed as questionable for Week 17 against Chicago, but that shouldn’t be much of a concern.  He has been banged up all season but has not missed any games.  Johnson hasn’t exactly produced statistics commensurate with his draft position, but he is still a high-end WR1 and a must-start in the season finale.

Robinson was a full participant in practice at the end of the week and will play this weekend against Houston.  He is an elite WR1 with 14 touchdowns this year and rewarded fantasy owners with tremendous value.

Thomas is dealing with a hamstring injury and was limited in practice on Thursday.  His status for Week 17 should not be in jeopardy as it is expected he will play against the lowly Chargers.  Thomas has been a relative disappointment given his draft position heading into the season, but he has been a victim of poor quarterback play and yet still has amassed 100 receptions.

Gurley will sit out the season finale as the Rams want to be protective and cautious with their star rookie running back.  He finished his rookie campaign with 1,106 yards and 10 touchdowns and will be a highly sought after player in next year’s drafts.

Stewart has been ruled out again this Sunday and will miss his third straight game.  The Panthers will rely on Cameron Artis-Payne and Mike Tolbert to handle the backfield duties in Week 17.  Stewart should be ready for the postseason, especially given Carolina will have a first-round bye.

The Bears placed Jeffery on season-ending injured reserve so he will miss his seventh game of the season.  It has been a disappointing campaign from the start as Jeffery battled various injuries all season.  He was expected to be a WR1 this year after Brandon Marshall was traded, but fantasy owners were only rewarded with 54 catches and four touchdowns.

Good news for Bengals fans and fantasy owners because Eifert will play this week against Baltimore.  He has been dealing with a concussion the past couple weeks but is ready to return in a big game for Cincinnati who can still get a first round bye with a win and a Denver loss.  Eifert’s 12 touchdowns in 12 games have made him a high-end TE1 all season.

Johnny Football will not play this week as he is dealing with a concussion.  He hadn’t reached starter status in fantasy leagues, but there is no denying he showed some improvement over the past several weeks.  Manziel has talent but the biggest issue he has is in between his ears.  It is not a given he remains in Cleveland next year so perhaps a change of scenery will allow him to blossom into the player everyone expected him to be out of college.

Freeman was limited in practice on Thursday but is expected to play in Week 17.  He was a fantasy stud the first half of the year but has seen his production tail off significantly.  With the running back position being such a vacuous hole at this point of the year, he is still a RB1 option simply based on his accomplishments earlier in the season.