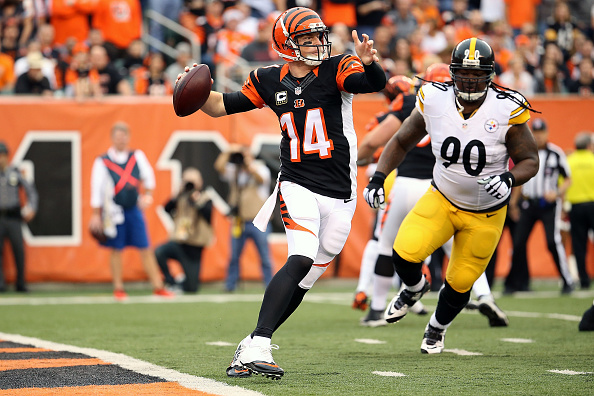 As the fantasy football playoffs begin, injuries continue to wreak havoc all over the place sparing no one from chaos.  Most leagues still allow transactions during the playoffs so the waiver wire will play a major factor in deciding championships.  Hopefully you have accumulated depth at all positions because you are going to need it after this tumultuous Week 14.  So without further ado, here is the next edition of the fantasy football walking wounded.

Gurley suffered a knee injury late in the game against Detroit but as of now the Rams are saying the injury is not serious.  However, St. Louis plays in the Thursday night game this week so his status is questionable at best right now.  You will need to monitor his status early in the week and hope he makes it back onto the field.

The injury bug finally bit Andy Dalton who has never missed a start in his career.  He sustained a broken right thumb which will likely end his season.  Even if he was able to return during the NFL playoffs, his fantasy season is over which will have a significant impact on leagues’ playoffs.  The Bengals’ backup is A.J. McCarron so this spells doom for A.J. Green while increasing Jeremy Hill and Giovani Bernard’s statuses.

Eifert returned this week after suffering a stinger a couple weeks ago but left early over concerns of a concussion.  This is not good news, especially being compounded with the loss of Andy Dalton.  Eifert has been one of the best fantasy tight ends all year so another head injury could cause him to miss additional time in Week 15.

Landry is probable for Monday night’s game against the Giants and he should be in for a big day against the Giants’ suspect secondary.  He has not performed as expected on the whole this year, but in certain spots he has been dynamic and Monday should be one of those instances.

The dire running back situation got even more catastrophic as Thomas Rawls sustained a fractured ankle and will miss the remainder of the season.  He had been filling in admirably for Marshawn Lynch who is out for another couple weeks, but now the Seahawks will climb further down the depth chart and ride Fred Jackson and DuJuan Harris until Week 16.

In news that comes to the surprise of no one, the 49ers have officially shut Hyde down for the season, placing him on injured reserve.  He has not played in several weeks with a foot injury so this was expected, especially with San Francisco’s season being completely lost anyway.

The frustrating roller coaster ride that has been C.J. Anderson’s season took another turn on Sunday as he was active but did not play.  Anderson broke out a couple weeks ago but an ankle injury has derailed his bounce back over the last couple weeks.  Denver will need him to be a big part of the offense next week so look for him to see game action against the Steelers in Week 15.

Blount left Sunday night’s game with a hip injury after running effectively for 53 yards on 10 carries.  The extent of the injury is not known yet, but don’t expect too many details as the Patriots are notorious for being vague in their reports.