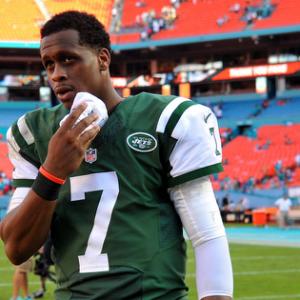 The NFL pre-season is officially underway as we watched players we never heard of before vie for jobs and fantasy relevance.  As always, injuries played a factor which will effect certain players’ status during the pre-season making it difficult to evaluate their value for drafts.  Just remember we are still a month away from the regular season so there is plenty of time for players to heal and get ready for the opener.  So without further adieu, here is the next edition of the gridiron walking wounded.

After the Bears traded Brandon Marshall, Jeffery emerged as their new number one receiver and is primed for a big year.  That being said, we can never predict what to expect from Jay Cutler or the Bears new offense.  Jeffery is still a viable second or third round pick in PPR leagues but was taken out of the first pre-season game with a calf injury.  Chicago does not seem to concerned about the injury despite Jeffery being seen in a walking boot afterwards.  There is plenty of time for him to heal, but he will likely miss quite a bit of practice time.

In typical Patriots form, we don’t have much information on what ails Julian Edelman or what his prognosis is in terms of a return.  He hasn’t participated in team drills for over a week but did come back and do some individual work earlier this week.  Edelman is a top fantasy option, especially in PPR leagues, despite Tom Brady’s potential suspension.  There is plenty of time for him to heal up so draft him assuming he will be fully healthy for Week 1.

All we know is that Spiller has been dealing with some sort of injury since last week and missed a few days of practice.  The information is vague right now but it isn’t anything that should be a cause for concern at this point.  Health has been an issue for Spiller in the past so be wary when drafting him.

Cardinals coach Bruce Arians boldly stated that Johnson will not be on the field come Week 1 if he misses training camp and the pre-season.  He is dealing with a Grade 2 hamstring strain and his status remains week-to-week.  Arizona’s running back situation is in flux as no one seems to trust Andre Ellington to carry the load, so opportunities are there for Johnson if he can get back on the field.  Draft him cautiously because if he is not back by the third pre-season game then it is very questionable whether he gets any playing time.

Rams’ rookie running back Todd Gurley is still recovering from surgery to repair his torn ACL last year and has been ruled out for the entire pre-season.  It now appears to unofficially official that he will not be ready for the start of the regular season and will likely miss the first couple games at the very least.  Tre Mason should get the start for St. Louis until Gurley is ready to play.

Once fantasy relevant Dwayne Bowe went from obscure disappointment in Kansas City to fantasy purgatory in Cleveland.  He is the Browns number one receiver with Josh Gordon suspended again, but that doesn’t mean much.  Bowe also missed the first pre-season game with a hamstring injury and has missed significant time in practice to get accustomed to a new offense.  He is a WR5 at best but still a great source for puns in fantasy football team names (i.e., Somewhere Over the Dwayne Bowe or Reading Dwayne Bowe).

Rookie Jay Ajayi was inactive for Miami’s first pre-season game after injuring his hamstring last weekend.  He missed a few days at practice and has also been criticized for his lack of blocking skills.  Ajayi seemed like the favorite to be Lamar Miller’s handcuff but he is quickly descending the depth charts.  He still has upside and we have learned not to trust Dolphins’ running backs over the years.  Don’t take him too early.

In one of the most bizarre and controversial injuries we have ever reported, Geno Smith will miss six to ten weeks after sustaining a broken jaw when he was punched in the face by a teammate over a $600 dispute.  Smith has essentially no fantasy value anyway and would only possibly be drafted in two-quarterback leagues or by family members.  Now Ryan Fitzpatrick steps in which makes Brandon Marshall and Eric Decker marginal fantasy options.

It isn’t often we find a kicker on this list before the season starts, but that is exactly where Shaun Suisham is after suffering a knee injury which requires season-ending surgery.  Pittsburgh is going with Garrett Hartley to replace him so just move along.