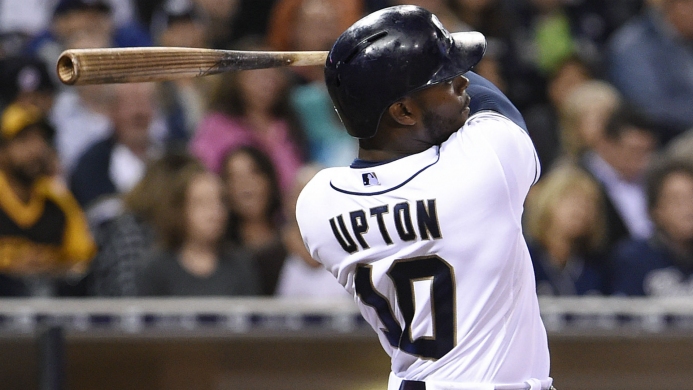 We are now officially in the second half of the season and the chase for a fantasy baseball championship is in full swing.  After a first half that decimated fantasy rosters with injuries, it did not take long to pick up right where we left off.  So without further adieu, here is the next installment of the walking wounded.

Upton was dealing with an oblique injury before the All Star break and it flared up again on Sunday.  He expects to be back within a day or two, but fantasy owners should be concerned about the injury because oblique strains typically require significant rest and recovery before they are healed.  Even if Upton comes back in a few days the possibility of re-aggravating the injury will be on the minds of fantasy owners down the stretch of the season.

Last week we had reported that Gordon seemed likely to be back after the All Star break despite sustaining a thumb injury last weekend.  However, the Marlins placed Gordon on the disabled list and activated Martin Prado in a corresponding move.  This was a big loss for fantasy owners who have gotten elite production from Gordon in batting average, runs scored and stolen bases.  Stash him for a couple weeks and hope he is able to return immediately once eligible.

Grandal took a foul tip off of his face mask and injured his jaw on Sunday.  X-rays did not reveal and fractures which is good news, but he could miss a few days assuming the Dodgers are cautious with their star catcher.  Grandal has finally lived up to the hype that has been associated with him for years, so any time he misses will be a big loss for fantasy owners.

Top rookie Miguel Sano injured his ankle prior to Saturday’s game and will likely miss most of this week according to the Twins.  As of now Minnesota has no intention of doing an x-ray or an MRI as they do not believe the injury is serious.  However, you are better off keeping Sano on your bench this week given he is likely going to miss most of it.

Liriano was scratched from his start this weekend due to tightness in his neck.  He has pitched much better than his 5-6 record would indicate and has consistently been a solid fantasy option all season.  Right now Liriano is expected to make his next start during Week 16 so there is no need to panic.

The only difference between Michael Cuddyer and Jason Bay is that Cuddyer is American.  He has been a huge disappointment since signing with the Mets as a free agent and is currently dealing with a knee injury.  The Mets are trying to avoid a trip to the disabled list for him, but it seems inevitable.  If he is shut down, would your fantasy team even notice?  Cuddyer is barely a an option in standard 12-team leagues so don’t even bother starting him this week even if he stays off the DL.

Carter has been out since Friday with an ankle injury which should keep him sidelined at least a few days into Week 16.  He is expected to start running again early this week but don’t expect him back right away.  Carter provides a lot of power but is an albatross for batting average and strikes out more than an awkward 12-year old at a middle school dance.  If you play in weekly leagues you should start someone else rather than take the chance of him missing too much time.

Grilli was having an incredible resurgence this year as the Braves’ closer but sustained a season-ending Achilles injury before the All Star break.  Now Jim Johnson goes back into the closer’s role and becomes relevant in fantasy leagues once again.  Johnson is also a strong candidate to be traded to be wary of him getting sent to a contending team and relegated back to a setup role.