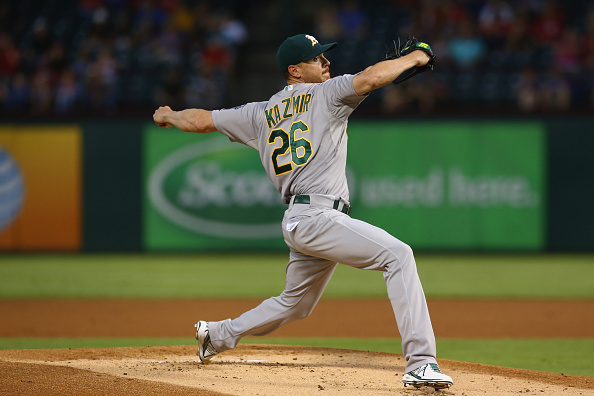 It has been quite an active few days since the last injury report.  The All Star break could not come at a better time because fantasy owners need to regroup and focus on their strategies for the second half.  Rosters have been devastated with injuries so playoff berths will be earned and championships won through diligent roster management with the waiver wire and trades.  So without further adieu, here is the next installment of the walking wounded.

Mets players are going down faster than Ariana Grande’s reputation.  Rookie Steven Matz has been diagnosed with a partially torn lat muscle and will not throw for three weeks.  Matz was spectacular in his first two big league starts so this is a tough loss for fantasy owners who were banking on a big second half from him.  Don’t hold your breath that we will see Matz again this season because the Mets tend to underestimate the severity of their players’ injuries.

Posey missed the last two games of the Giants series against the Mets this week with tightness in his hamstring.  He is expected to return on Friday so the injury does not appear serious.  Posey is obviously an elite catcher and should be in your lineup assuming he is cleared to play.  Check back in on Friday to make sure he is set to return.

Braun sat out of Wednesday’s game with soreness in his wrist, but he is expected back in the lineup on Friday.  He has dealt with a myriad of injuries the past couple years but finally seemed somewhat back to his old self with 15 home runs and 55 RBI thus far.  This injury does not seem like a big deal so he should be in your lineups for the weekend.

Padres outfielder Justin Upton was scratched from the lineup on Wednesday due to an oblique injury.  We know these injuries are tricky and typically require significant time to heal, so it is a good possibility he is shut down over the weekend and given through the All Star break to recover.

If you saw Alex Gordon get injured on Wednesday night, then you probably would have assumed that he was done for the season.  Instead, he will be out for up to eight weeks with a Grade 2 strain of his groin.  This means he will be gone until many fantasy leagues begin their playoffs.  Look for Jarrod Dyson to get a majority of the playing time in Gordon’s absence.  Dyson could be a solid source of stolen bases so make him a priority on the waiver wire.

Street will miss the entire weekend series before the All Star break with a groin injury he sustained at the end of Wednesday’s game.  He has been incredible this year with 24 saves and a 0.93 WHIP.  Look for Joe Smith to get save opportunities this weekend while Street has an entire week to rest up for the second half.

Harrison underwent surgery to repair a ligament in this thumb.  He is expected to miss up to seven weeks which severely limits his value for the rest of this season.  Harrison has been a disappointment after coming off a productive 2014, but his positional flexibility makes him a valuable fantasy player for depth.  Now fantasy owners will have to find such depth elsewhere.

A’s pitcher Scott Kazmir was pulled after three innings on Wednesday with tightness in his triceps.  He threw again on Thursday and felt good, so it looks like he will avoid a trip to the disabled list.  Kazmir is a strong candidate to be traded to a contending team, so his health is paramount to maximize his fantasy value.  Follow up for further updates early next week to make sure he is in line to make his next start.

Hahn will undergo an MRI on his right elbow this weekend and has been scratched from his next start.  This is very concerning for fantasy owners who have relied on Hahn as a solid middle of the rotation pitcher.  We can’t make any further assessments until we know the results of the MRI, but do not be surprised if a trip to the disabled list is in his future.

Hammel has been a solid mid-tier fantasy pitcher thus far averaging over a strikeout per inning and compiling a WHIP under 1.00.  He suffered a hamstring injury in his start on Wednesday and left after just one inning.  Hammel will undergo an MRI so we should know more about the extent of his injury in the next few days.