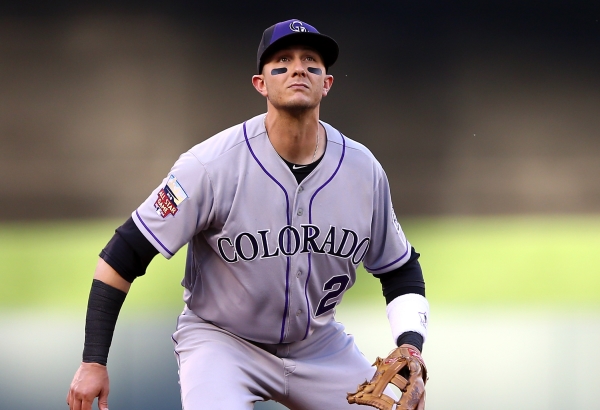 It only took six weeks but the player synonymous with the injury report has made his season debut.  There are several prominent players in this edition so it could be a challenge for GM’s to prepare for Week 7 of the fantasy baseball season.  So without further adieu, here is the next installment of the walking wounded.

There are only a few guarantees in life: death, taxes, and Troy Tulowitzki getting injured.  In a complete surprise to no one, Tulowitzki sustained a left quadriceps injury last Friday night and missed this weekend’s games.  Right now the injury does not seem to be serious enough to warrant a trip to the disabled list, but it should not be surprising if that is exactly where he ends up.  I warned you all winter not to make him your first overall draft pick, but if you ignored that advice then all you have to show for the first six weeks of the season is two home runs, 11 RBI, and another injury.

In a scary moment, Carlos Gomez was hit in the head by a Noah Syndergaard pitch and was taken out of Sunday’s game.  Fortunately Gomez only sustained a facial contusion and appears to have avoided a concussion.  Be sure to check on Gomez’s status on Monday because it is unknown if he will need to go on the 7-day concussion DL or if he will just miss a game or two this week.

Have no fear fantasy owners because Bryant is only dealing with an illness which caused him to leave Sunday’s game early.  The Cubs are off on Monday so he should have plenty of time to recover and be back in the lineup on Tuesday.

Teixeira was hit by a pitch on Sunday and sustained a contusion in his right big toe.  X-rays did not reveal any fractures so it appears that he will avoid a trip to the disabled list.  Teixeira has had a great bounce back season thus far with 11 home runs and 28 RBI, so he is a must-start despite looking horrendous with a mustache.

Fister suffered flexor strain in his right forearm after coming back out after a rain delay in his last start.  The Nationals believe he can avoid surgery for now, but the obvious concern is that he will require surgical intervention inevitably.  Fister will miss at least several weeks but you should plan on being without him even longer.  He has been a consistent fantasy performer over the past few years, but only stash him if you have enough roster slots and depth to withstand his absence.

Myers missed the past several games with a wrist injury but is expected to return this coming Tuesday.  He took batting practice and is on the mend, so put him in your Week 7 lineups.

Continuing the trends of injuries as a result of a hit by pitch, Werth has missed the past few games after getting plunked on his left wrist.  His wrist is still too swollen to undergo an MRI, but the good news is that x-rays did not reveal any fractures.  He has been abysmal since returning to the Nationals in mid-April, so his absence from your lineup should not make much of a difference during Week 7.

Blue Jays rookie second baseman Devon Travis was removed from Saturday’s game after injuring his shoulder.  He was held out of Sunday’s lineup as well but is expected to return within a day or two.  Travis has been outstanding thus far but this is now the second injury he has sustained.  It may be wise to consider exploring trade opportunities in an attempt to sell high on Travis who is unlikely able to continue the pace he is on to date.

Morneau is another player who has frequently appeared in the injury report over the past several years.  He has a history with concussions and is once again dealing with a head injury as he was placed on the 7-day disabled list after suffering a cervical strain when diving for a ball last week.  When healthy, Morneau is a serviceable fantasy player especially playing his home games in Denver.  Due to his propensity for getting concussed, you can expect Colorado to be cautious with the former MVP so do not plan on him returning immediately when eligible.