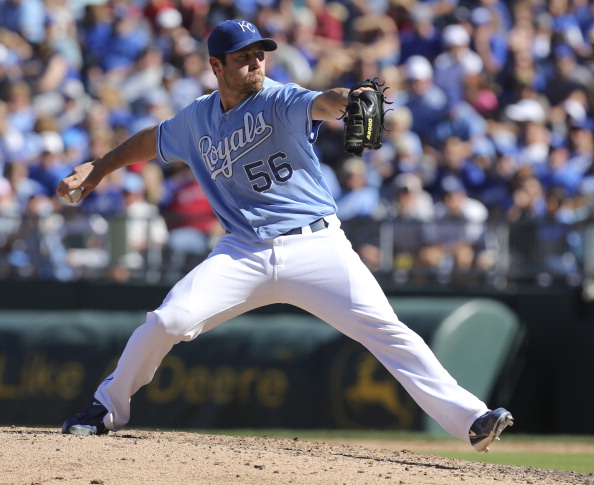 Another week is in the books and once again fantasy GM’s are scrambling to deal with injuries to key players.  FAAB budgets are being blown through very early in the season, especially with Kris Bryant being promoted this past week.  But you need to be economical and intelligent with your waiver wire dollars because there are plenty of players who will need replacements this coming week.  So without further adieu, here is the next installment of the walking wounded.

The closer carousel continues as Greg Holland landed on the disabled list with a strained right pectoral muscle.  He is a consensus top three closer and was likely taken early in drafts for good reason.  After converting his first four saves, Holland will now be out at least several weeks with the injury.  Wade Davis will assume ninth inning duties and is a must-add in any league format.

The second most talented Upton (besides Kate) injured his quad in Saturday’s game and was held out of the lineup on Sunday.  The injury is not considered serious and he should not miss any additional time.  To be safe, make sure you check for updates in daily leagues to make sure.

Hamilton’s value is clearly for his speed and stolen base totals. Fantasy GM’s are holding their collective breath now after he left Saturday’s game with a strained groin which kept him out of Sunday’s game as well.  The severity of the strain is unclear, but you can be sure Cincinnati will be conservative with Hamilton.  He will need sufficient to rest and heal, but the bigger concern is whether this injury will have any effect on his base-stealing attempts in the short term.

Zobrist had a rough week after dealing with a heel injury and then leaving Sunday’s game with soreness in his knee.  He should avoid the DL as the A’s will likely give him at least a day or two to rest up.  Zobrist is a valuable fantasy commodity due to his eligibility at multiple positions, but you may need to find a short-term replacement if he gets some time off.

Catchers who can hit are a rare breed, and d’Arnaud was showing signs that he was emerging into one of the better offensive catchers in the league.  Unfortunately, he was hit by a pitch on Sunday afternoon and sustained a fracture right hand.  Expect to be without him for up to six weeks. Kevin Plawecki will be called up from the minors to replace d'Arnaud if you need to plug in a starter.

Blue Jays’ second baseman Devon Travis avoided a significant injury after being hit by a pitch on Sunday.  X-rays did not reveal any fractures of his ribs so he will likely need a few days to allow the bruise to heal.  Travis has been a revelation at second base thus far so fantasy GM’s should ride it out and wait for him to return.

Hahn pitched 5.1 scoreless innings on Saturday before being taken out of the game due to a blister.  His next start is dependent on whether the blister heals in time so it is possible he could be skipped his next turn in the rotation.  Check for updates after his next scheduled bullpen session early this week.  If you are in weekly leagues, the safer option is to bench him due to the uncertainty.