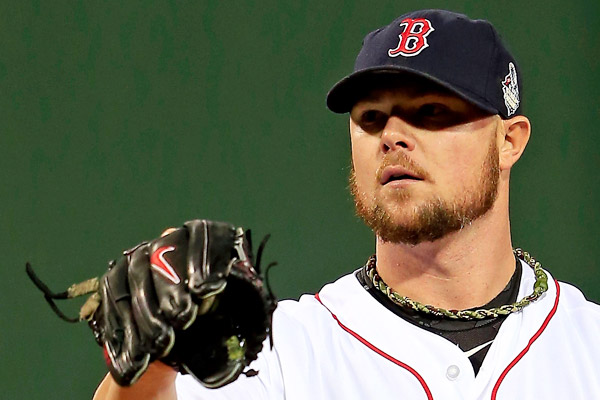 Each day more and more leagues are having their fantasy drafts, and each day there is more and more concern over injuries.  This is why GM’s who play in leagues that have their drafts later in March are at an advantage.  Spring training injuries should be taken with a grain of salt in most occasions as MLB teams will want to be conservative and cautious with their players.  However, that doesn’t give GM’s the reassurance they need to make informed and educated decisions.  Just remember that every league member is susceptible to the same risks.  So without further adieu, here is the next edition of the walking wounded.

McCutchen is one of the most elite fantasy players in the league and a consensus top five pick in any draft format.  He has also been one of the most consistent and durable players over the past several years (despite missing two weeks in 2014), so it was alarming to see him miss time with an injury.  It has only been described as a lower body injury, but the good news is that he took batting practice at the end of the week and did not report any issues.  Continue drafting him with one of the first few picks and expect similar production across the board.

As if fantasy GM’s need any more bad news with starting pitchers, Jon Lester’s next spring training start has been pushed back after the Cubs announced he is dealing with a dead arm.  Lester got rocked in his last outing but as of now the situation does not appear to be serious.  At this point he is still expected to be the Cubs’ starter on Opening Day and his fantasy value should not be affected.

Kipnis missed significant time in 2014 with various injuries and has been rehabbing from off-season surgery on his finger.  Now he has been shut down with back spasms for an undisclosed amount of time.  The injury does not appear to be serious right now, but it doesn’t provide much reassurance to fantasy GM’s looking for a rebound season from him.  When healthy, Kipnis is a good bet for 20/20 production.

Gattis received good news after an MRI did not reveal any structural damage in his wrist.  He took some practice swings off of a tee and the plan is for him to start playing defense in games very soon.  Gattis will provide a lot of fantasy value with his power and eligibility at catcher.  The wrist injury makes it all the more likely he will not see much time behind the plate, but the concern will be whether he can generate the same power without the injury impacting his swing.

Dodgers’ pitcher Hyun-Jin Ryu has been dealing with inflammation in his shoulder and could begin the season on the disabled list.  He spent time on the DL last year with the same injury, so there is some concern here with lingering issues.  Ryu has been a very productive fantasy pitcher since coming to MLB a couple years ago, but this injury could impact where he is taken in drafts.

Fantasy GM’s have heard enough about Rays’ players dealing with forearm issues (see Alex Cobb), so it was especially disturbing that rookie Steven Souza required an MRI on his forearm after experiencing tightness when he attempted to make a diving catch.  The results of the MRI came back clean so he should return to the lineup within days.  Souza is a great later round target to fill out your outfield as the rookie should receive plenty of playing time and can provide both power and speed.