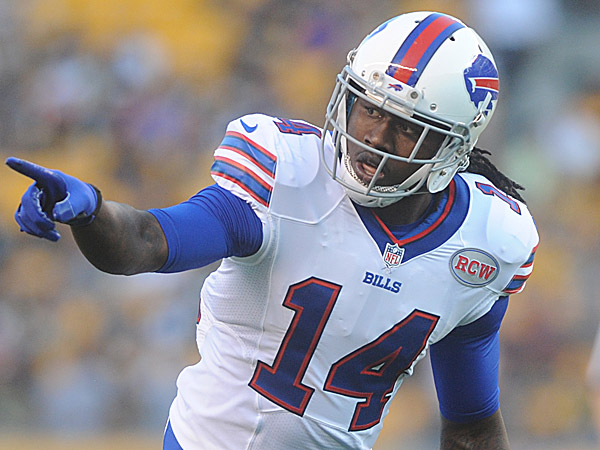 It is time to take a look at some of the last minute injury updates as we head into the main action for Week 10.  With six teams on a bye again, you will have to dig deep into the waiver wire to fill out your lineup if you are also dealing with injured players. Remember, there are only a couple weeks left before the fantasy football playoffs begin.  So without further adieu, here is the next edition of the walking wounded.

Marshawn Lynch missed practice on Thursday which got everyone speculating about a potential injury.  It turns out he was just given some rest and will be ready to go on Sunday against the Giants.  This is a very favorable matchup for Lynch who can feast on a Giants defense that is depleted with injuries.  He is unquestionably a must-start RBI and can be expected to surpass 100 yards rushing with at least one touchdown.

Tony Romo was back at practice and will be good to go on Sunday against Jacksonville in London.  It was expected Romo would play despite having two fractures in his back.  The Cowboys should be able to run the ball effectively against the Jaguars, so don’t look for Romo to throw the ball more than 30 times.  He is not a great fantasy option this week because Dallas will likely limit the opportunities for defensive players to get their hands on Romo.

The worst thing for a fantasy GM is when a player’s status is uncertain right up until game time.  Sammy Watkins did not practice all week but it was still looking like he would be ready to play on Sunday.  However, Buffalo’s coach Doug Marrone did not sound too confident about Watkins’ status for Week 10.  Watkins is dealing with a groin injury and will likely be a game-time decision.  You need to stay on top of this until the last minute because he is a must-start if he can play.

Mark Ingram is listed as questionable for Sunday’s game against the 49ers with a shoulder injury.  However he is expected to play and will once again be the featured running back with both Pierre Thomas and Khiry Robinson out again.  Ingram has suddenly emerged as a top fantasy running back amassing a total of 272 rushing yards and three touchdowns over the past two weeks.  He should be in your lineup as a RB2 without any hesitation.

Martellus Bennett missed practice on Friday with a rib injury and is listed as questionable for Sunday night’s game against Green Bay.  Bennett indicated that he should be able to play which would be good news for fantasy owners who can expect a high scoring game between the Bears and Packers.  Bennett is a must-start being one of the top fantasy tight ends with 47 receptions and five touchdowns for the season.

Rashad Jennings has officially been ruled out for this week’s game against Seattle.  Jennings will miss his fourth straight game as he recovers from a knee injury sustained earlier in the season.  The hope is that he will be back for Week 11, but for now Andre Williams will get the start against the defending Super Bowl champions.  This is not a good matchup for Williams and the Giants’ running game.  He remains a fantasy option only if every other running back on your roster is on their bye week.

Lamar Miller is listed as questionable with a shoulder injury, but he is expected to play on Sunday against Detroit.  This will be a very tough matchup for Miller going against the Lions’ top defense.  But Miller is also the featured running back in Miami’s offense so he is at least a consideration to play as a RB2 or Flex, especially in a week like this with six teams on a bye.

Troy Polamalu suffered a knee injury last Sunday night against the Ravens and will miss this week’s game against the Jets.  Polamulu would have been a solid option in IDP leagues this week against a Jets team that turns the ball over with regularity.