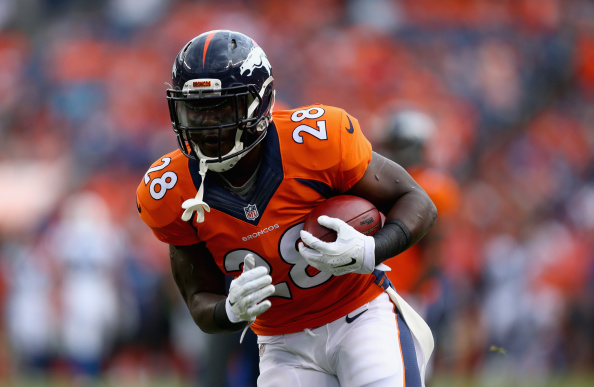 Week 5 is officially in the books as we start looking towards Week 6 of the fantasy football season.  Once again there are some major names on this list with injuries that will have significant short-term repercussions.  With the weeks flying by, now is the time you should be building your roster for the playoffs and championship contention.  If you need to pull off a trade to replace an injured player or cut bait with a major disappointment, now is the time to do it.  So without further adieu, here is the October 8, 2014 edition of the walking wounded.

Fantasy GM’s must be cringing seeing Calvin Johnson’s name at the top of the injury report for multiple weeks in a row.  Johnson aggravated his ankle injury during last week’s loss to Buffalo, and now it looks like Detroit is leaning towards simply keeping him out of next week’s game altogether.  If the Lions want to ensure that he has sufficient time to heal, then this could actually linger into Week 7 if Johnson does not show significant improvement.  Clearly this is a devastating blow to your fantasy team, but it elevates Golden Tate to must-start status as he should see plenty of targets against Minnesota.

Jimmy Graham suffered a shoulder injury during last week’s dramatic overtime win against Tampa Bay.  However the sprain is not considered serious and he should be back on the field for Week 7.  Remember, the Saints have a bye this week so that gives him plenty of extra time to rest and heal up.  No need to panic at this time so fully expect your elite tight end to be in your lineup in two weeks.

Montee Ball has been a huge disappointment for fantasy owners, so in some way his groin injury solves the dilemma for GM’s on whether to actually bench him.  Ball suffered the groin injury last week against Arizona and initially the prognosis did not look good.  However, an MRI revealed no structural damage and that Ball does not need surgery.  He will miss at least a couple weeks, but he hasn’t produced anything yet this year so will you even notice if he is not in your lineup?  If you need a replacement, it looks like Ronnie Hillman is your best bet for a waiver pickup.

Rashad Jennings left last week’s game against Atlanta with a sprained MCL and will be out for at least a couple weeks.  Jennings does not need surgery and should be back by the time Giants come back after their bye.  But for now, rookie Andre Williams will get an opportunity to start and carry the load from the backfield.  He is definitely a must-add if he is still available on your waiver wire.  Stash Jennings on your bench because he will be back and has been very productive to start the season.

It was disappointing that Marvin Jones did not return to the field last week when it was initially projected that he would be back by Week 5.  A setback in practice last week put everything on hold and now it is up in the air whether he will play this week against Carolina.  The Bengals’ disturbing performance against New England could motivate them to do whatever is necessary to get Jones ready to play.  Check in again later in the week and see if he is practicing.

Fred Jackson is one of those players that always seems to have some injury that is lingering, yet he manages to play through it.  Jackson suffered an ankle sprain during the Bills’ victory over Detroit last week but should be just fine to play in Week 6.  At his advanced age, it would not be surprising or alarming if he is limited in practice most weeks.  Expect him to play even if he is given a breather during the week.

There wasn’t much that went wrong for the Chargers last week in their 31-0 blowout of the Jets.  One thing that did not go right was running back Donald Brown leaving the game with a concussion.  However, this opened the door for Brandon Oliver to take over and compile 114 rushing yards, 68 receiving yards and two touchdowns.  Oliver quickly surpassed Brown in terms of productivity, so he is a great option for a waiver wire acquisition especially with Ryan Mathews and Danny Woodhead out.  Brown should be back soon, but he will not see as much playing time anymore.

Patrick Peterson thinks he is on the same level as Richard Sherman in terms of being the top cornerback in the league.  While he likely isn’t, Peterson is still one of the premier cover men in the NFL.  He sustained a sprained ankle last week against Denver and is questionable for Week 6 against Washington.  This is worth monitoring because if Peterson either doesn’t play or is not 100% then it could bode well for Redskin receivers DeSean Jackson and Pierre Garcon.

It isn’t often that a center makes it onto this injury report, but I think this warrants an update.  The Eagles have a dynamic offense, but it is no secret that they have not been able to run the ball successfully this season.  LeSean McCoy has been a huge bust for fantasy GM’s as he has yet to reach 100 yards rushing in a game and only has one touchdown.  The loss of Kelce, who had sports hernia surgery, does not do McCoy or the running game any favors.  In addition, the Eagles will be playing a Giants’ defense which has generated a good pass rush so this could create some problems for Nick Foles if David Molk struggles.