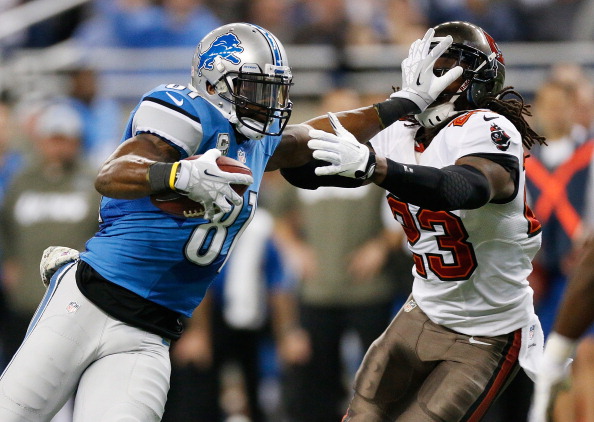 It was a much less dramatic week in the NFL, but Week did bring us several injuries again which will affect your fantasy teams.  There are more big names on today’s list but for the most part it looks like a lot of the injuries this week are more cautionary and should not impact their ability to play in Week 4.  So without further adieu, let’s delve into this edition of the walking wounded.

Don’t worry fantasy GM’s – Calvin Johnson will be playing in Week 4 and has an extremely favorable matchup against the Jets’ awful secondary.  Megatron injured his ankle towards the end of last week’s game against Green Bay and has been limited in practice this week.  But he will be just fine to play this Sunday and could produce an epic amount of points with such a sizeable mismatch against the Jets’ defensive backs.

The Cowboys are being cautious with Dez Bryant who is nursing a shoulder injury.  Despite that injury, he still had a big game last weekend against the Rams and looks like he could have monstrous production in a shootout with the Saints this week.  Definitely put Bryant in your lineup and be confident that he will step up in the spotlight on national TV.

Jamaal Charles is practicing again this week and is aiming to start on Monday night against the Patriots.  The extra day will definitely help Charles who missed last week’s game against Miami.  The smart money is on Charles playing, but it is questionable how much he will be used and how effective he will be.  If he does start, then Knile Davis becomes an afterthought this week which is unfortunate considering how productive he was in Week 3 filling in for Charles.

Arian Foster After being limited in practice last week and then being a game-time decision, fantasy GM’s were left in the cold once he was declared inactive just prior to the Texans’ game against the Giants.  He is once again limited in practice this week and his status will likely be just as uncertain right up until game time on Sunday.  Have a backup plan in place and be ready to put Alfred Blue in your lineup just in case.

It was questionable whether Eric Decker would play in Monday night’s game against the Bears, and he did.  But he ended up leaving the game early after aggravating his hamstring injury.  Now he is barely practicing this week again, which is not that much of a concern.  But he will likely be a game-time decision which does not help fantasy GM’s as they prepare for Week 4.  You should hope for the best that he is active, but you should also have an alternative ready to go since a decision will have to be made quickly on Sunday.

T.Y. Hilton was taken out of last week’s blowout against the Jaguars with an ankle injury, but he is already back practicing this week.  That is good news for fantasy GM’s who got a bit of a scare last week when the Colts were likely being cautious removing Hilton from a game that was already well in hand.  Put him in your lineup this week.

Doug Martin is back to full practices this week and should be set to play against the Steelers this Sunday.  Martin has missed the last two games and raised many questions about his ability to stay healthy.  It didn’t matter much that he was out last week since Tampa Bay got blown out by Atlanta anyway, but he could be in for a favorable matchup against a Steelers’ defense which has struggled against the run.

It has been a rough couple years for Dennis Pitta and now his football career is in serious jeopardy.  He underwent hip surgery recently and is out for the season.  He can certainly be dropped in all redraft leagues, but his keeper value is almost nil at this point because it seems unreasonable to expect him to come back with any productivity, if at all, in 2015.

Danny Woodhead sustained a fractured fibula and ankle in last week’s game against Buffalo and is out for the season.  Woodhead has been a valuable Flex player in fantasy leagues because of his propensity for scoring touchdowns and catching passes.  With Ryan Mathews also hurt (what else is new?), look for Donald Brown to continue to get 20+ carries as he becomes a viable RB2 or Flex option himself.

I will admit I partially bought into the notion that Jonathan Stewart could stay healthy for a season and drafted him very late in a couple leagues.  I even started him a couple weeks ago when DeAngelo Williams was out with an injury.  But it didn’t take very long for reality to set in and Stewart to be injured.  He sprained his knee in last Sunday night’s loss to the Steelers and could be out for several weeks.  At this point there is no reason to hold onto him in fantasy leagues unless you get points for having players with the same name as talk show hosts.

Clay Matthews The Packers All-Pro linebacker left last week’s game against Detroit with a groin injury leaving his status for Week 4 in doubt.  Matthews is a great player in IDP leagues as he accumulates lots of tackles and get his fair share of interceptions and passes defended.  Check back in later in the week for an update on his status, but given his injury history and the time he takes to recover it a long shot that he will play this weekend.

Matt Cassel should not have been in your fantasy lineups, but in case he was he is done for the season with a broken foot.  This opens the door for 1st round pick Teddy Bridgewater to take over and lead a Vikings’ offense that is without Adrian Peterson.  As much as Minnesota may want to ease Bridgewater into the game by running the ball, the fact is that they probably won’t be very successful despite all the fantasy hype over Matt Asiata and Jerick McKinnon.  Bridgewater could be a nice pickup on the waiver wire, but don’t plug him in your lineup just yet.