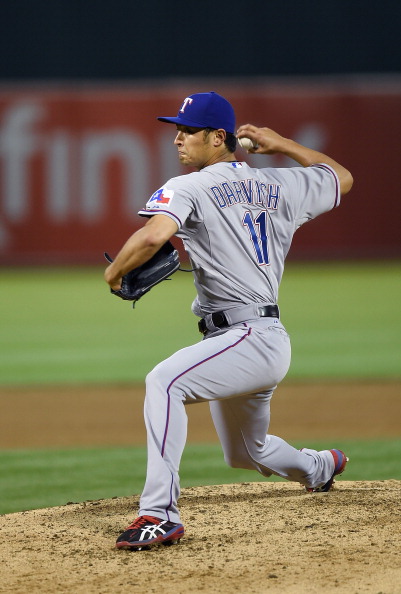 I need to get something off of my chest.  I partially vented about this last week on the Fantasy Alarm podcast (which you can listen to every Wednesday night at 9:30 PM EST on Blog Talk Radio), but now I need some closure.  As you may know, I have been a vocal critic of both Carlos Gonzalez and Troy Tulowitzki over the years.  Granted, they possess incredible talent and are highly productive players when they are healthy and on the field.  However, the fact remains that they are NEVER healthy or ON the field.  This is no longer a coincidence, a fluke, a happenstance, bad luck, or anything whimsical like that.  This is now a proven fact that Gonzalez and Tulowitzki are extremely high risk liabilities for your fantasy baseball team.  Personally, I would never draft either of them ever again because it is a known fact that they will miss significant amounts of time during the season.  I would rather take my chances with a less talented player that I could count on for more than 100 games than wait and wonder until when either of these clowns goes on the disabled list.  Because I have written about them so frequently this season, I am going cold turkey and do not want to mention their names again until 2015.  So they will not be featured below.  Ahhh, I feel a little better now so thank you for allowing me to vent my frustrations.  Without further adieu, here is the next edition of the walking wounded.

If you put on a Texas Rangers uniform this year, chances are you also spent time on the disabled list.  Yu Darvish is the latest victim as he was put on the DL with elbow inflammation.  The Rangers expect him to be activated when he is eligible to return and make his scheduled start on August 25.  That is extremely optimistic assuming Darvish does not experience any setbacks and avoids a rehab start.  His 10-7 record with a 3.05 ERA and 1.26 WHIP looks pedestrian compared to his previous seasons, but it is actually quite impressive considering the decimated roster he is surrounded by.

Let’s call a spade a spade…Justin Verlander has been terrible this year.  It is true that there were concerns about him coming into the season after undergoing surgery last winter.  But no one could have expected him to be this bad (10-11 with a 4.76 ERA and 1.42 WHIP).  He came out of his last start after giving up five runs in the first inning and admitted he had been having some shoulder pain.  The MRI showed no structural damage which is good, but now his status is in limbo because he hasn’t been put on the DL yet.  Verlander was scratched from his start this past Sunday, and he won’t throw a ball until the middle of the week.  For those of you in weekly leagues, keep him on your bench this week.

David Wright was hit by a pitch right below his left shoulder on Saturday and was held out of the lineup on Sunday due to soreness.  After the game, Wright even admitted that it hurt and that he was sore.  On Sunday, Mets manager Terry Collins said it was possible that Wright would need another day off because of how sore his shoulder was.  He did get back in the lineup on Monday, but you would not be able to tell given he has been almost as anemic offensively as Ruben Tejada.  As bad as Wright has been all year, it won't get any easier this week as the Mets will be on the road against the very tough Oakland and Los Angeles Dodgers pitching staffs. As long as he is playing, keep him in your lineup but do not hold out hope that this is the week he remembers he is a $20M player.

Manny Machado suffered another fluke injury to his knee when he slipped attempting to come out of the batter’s box.  Fortunately it was only a sprain in his right knee, so all indications are that he will be back when he is first eligible to be activated.  But this has to be a concern for GM’s who seem to be dealing with knee injuries with Machado every year.  The pickings are slim for a short-term replacement, so stash him on your bench or DL and try and get by until his 15 days are up.

Jayson Werth has been out since the beginning of last week with a sprained AC joint in his shoulder.  There were rumors he might return by this past Sunday, but that didn’t happen.  After missing six games, the Nationals will have to make a decision soon about whether to disable him or not.  Last week on the Fantasy Alarm podcast, I predicted that a DL trip was likely in Werth’s future.  If he isn’t ready to start Washington’s next game, then that is exactly what I think will happen.  I also predict that he will not shave that horrendous beard of his which is home to several species of birds and bugs.

It is a real pain in the butt that Hyun-Jin Ryu has been placed on the disabled list.  No really, I am serious.  It is a real pain in the butt for both him and your fantasy team.  Ryu was removed from his last start and will undergo an MRI on his gluteus muscle which happens to be in the buttocks area (in case you were absent that day in anatomy class).  He had been pitching very well so this injury comes at a bad time for the Dodgers and fantasy GM’s.  He should be back by September, so stash him on your DL if you can.

Homer Bailey Christian Bale’s twin brother, Homer Bailey, has been placed on the disabled list this week with a flexor tendon strain in his right arm.  It was reported that he does not need surgery and is expected to return at some point this season.  That likely won’t help fantasy GM’s much as Bailey was counted on to help get teams to the playoffs.  Stash him if you have sufficient roster spots to keep him on the DL.  If not, he may be a candidate to let go because the Reds don’t appear likely to make a run for the playoffs and I doubt Cincinnati wants to risk any further injury to their $100M pitcher.

Potential National League Rookie of the Year Jacob deGrom threw a 20-pitch bullpen session and Sunday and felt fine afterwards.  This is good news for fantasy GM’s who have benefited from deGrom’s tremendous pitching thus far in the big leagues.  He is expected to throw again in the middle of the week, and if he feels good and doesn’t suffer any setbacks he could be pitching by next weekend against the Dodgers.  This will be a tough call for weekly GM’s because we won’t know his status until the middle of the week.  I would recommend putting him in your lineup and taking the chance he does get activated next weekend unless you have more dependable options to choose from on your roster.

Michael A. Stein, Esq. is the Chief Justice of Fantasy Judgment, the industry's premier dispute resolution service.  He is also the co-host of the Fantasy Alarm podcast which can be heard every Wednesday night at 9:30 PM EST on Blog Talk Radio.  You can contact him at michael.stein@fantasyjudgment.com or on Facebook and Twitter (@FantasyJudgment),