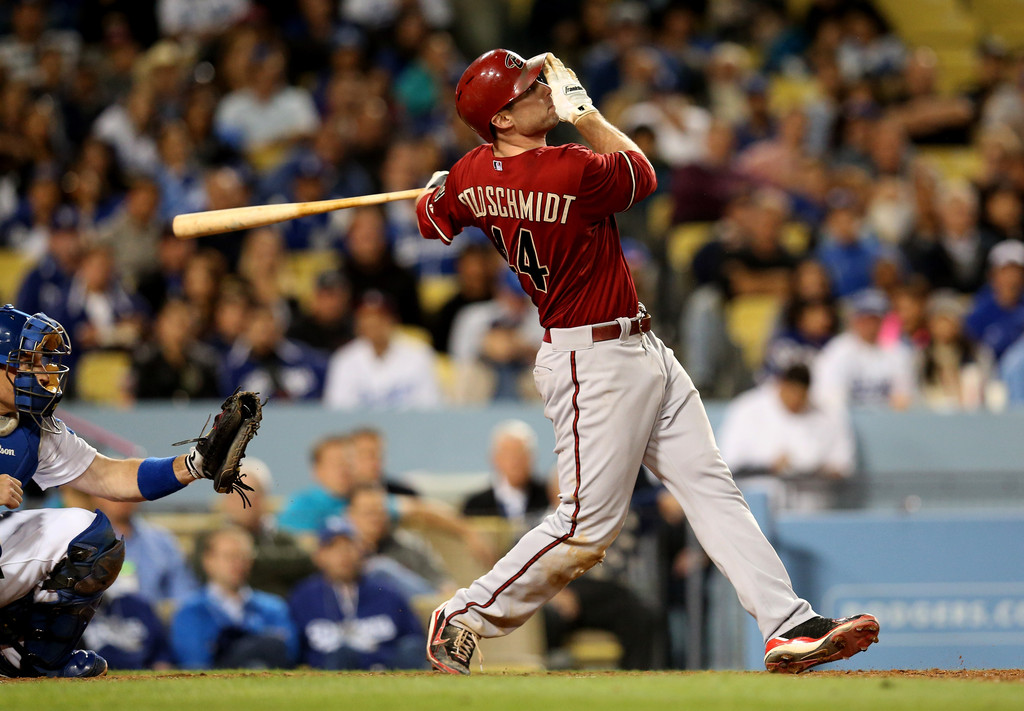 The July 31 non-waiver trade deadline has come and gone, and some big names switched teams.  The trade deadline in your fantasy baseball league is also likely approaching, so now is the time to pounce on any opportunities you can seize to improve your team or replace some of those injured stars that left a gaping hole in your lineup.  This week is an especially painful one with some major names making this list.  Without further adieu, here is the next edition of the walking wounded.

Paul Goldschmidt was hit by a pitch by Ernesto Frieri on Friday night and sustained a fractured left hand.  This is a devastating blow to both the Diamondbacks and fantasy GM’s who likely drafted him with one of the top five picks.  Goldschmidt is an elite player who produces massively in all five roto categories, so this is a catastrophic loss for GM’s who are in contention down the stretch.  Expect him to be out for at least several weeks depending on how quickly he heals.

Reigning MVP Andrew McCutchen was taken out of Sunday’s game after experiencing pain in his side after flying out.  X-rays were taken and came back clean, but that doesn’t mean anything except nothing is broken.  It could be an oblique injury which is problematic since those take quite awhile to heal.  We should know more by the beginning of the week so sit tight and watch this situation closely.  McCutchen is obviously an elite player and any amount of time he is out is critical to GM’s.

Carlos Gonzalez is another fixture on the injury report and it didn’t take long for him to make a triumphant return into this article.  After coming back from surgery to remove a tumor in his hand, Gonzalez has struggled mightily.  Now he is sidelined with an ankle injury that cost him a couple games.  It isn’t known yet whether another stint on the DL is warranted, but we should all know by now not to expect much from him on a consistent basis.

Edwin Encarnacion has been out for almost a month with a quad injury, and it looked like he was going to return this past weekend.  But he suffered a setback while swinging and has been shut down for a few days.  It is being reported that he will now likely need a rehab assignment, so it doesn’t appear as though Encarnacion will return for fantasy GM’s this week.  If all goes well, he could be back in your lineup by next week.

Cliff Lee was the subject of trade rumors leading up to the July 31 deadline, and all teams that were considering making a deal for him collectively said “Phew!” after he re-injured his elbow earlier this week.  He has been diagnosed with a left flexor pronator strain which is the same injury that shelved him for most of the past couple months.  At this point it is unlikely we will see Lee again this season as it makes little sense for the Phillies to risk the health of their $25,000,000 pitcher.  If they have any chance of trading him to a team that would be willing to inherit his enormous salary plus 2016 buyout, he will need to be 100% healthy.  That could only likely happen if he is shut down for the year.

It has been three weeks since Masahiro Tanaka received a platelet-rich plasma injection and it is being reported that his elbow is feeling better.  Tanaka was diagnosed with a partial tear of his right UCL, but Tommy John surgery was not recommended yet.  It is possible he will play catch this week, and if all goes well he could be on his way back to the Yankees at some point.  It is a positive sign that he is feeling better, but don’t get your hopes up for much fantasy contribution for the rest of 2014.  Even if he somehow makes it back, it wouldn’t be until September and his innings and pitch count would be extremely limited.

Eric Hosmer has been one of the biggest fantasy baseball busts of the season with only a .266 batting average along with six home runs and 46 RBI.  This is hardly the production expected of him, so it shouldn’t open too big of a gaping hole in fantasy lineups for the fact that he has been placed on the DL with a fractured third metacarpal on his right hand.  The good news is that he does not need surgery, but the bad news is that it will take an unknown amount of time to heal.  At best he should be back by September, so you should plan accordingly and make a trade if possible to replace him in the interim.

Matt Garza was cruising through six innings in his start on Sunday against the Cardinals before sustaining an oblique strain.  He was taken out of the game before the Brewers bullpen gave up the lead and cost Garza a win.  He will be evaluated later in the week, but his next start is in doubt as oblique strains usually require a significant amount of time to heal.  Garza has been very inconsistent this year and is anything but a lock to start in most leagues.  That being said, he looked like he turned the corner with his start on Sunday but now his status going forward is very much in jeopardy.

The Red Sox outfield got a complete makeover at the trade deadline with the acquisitions of Yoenis Cespedes and Allen Craig.  Unfortunately they will have to get acclimated to Boston without Shane Victorino who was placed on the disabled list with a back injury.  He has already missed significant time this season with hamstring issues, but now his back is flaring up which essentially renders him useless for this season.  If you don’t have an available DL slot to stash him, then set him free and put yourself out of misery.

Michael A. Stein, Esq. is the Chief Justice of Fantasy Judgment, the industry's premier dispute resolution service.  He is also the co-host of the Fantasy Alarm podcast which can be heard every Wednesday night at 9:30 PM EST on Blog Talk Radio.  You can contact him at michael.stein@fantasyjudgment.com or on Facebook and Twitter (@FantasyJudgment),