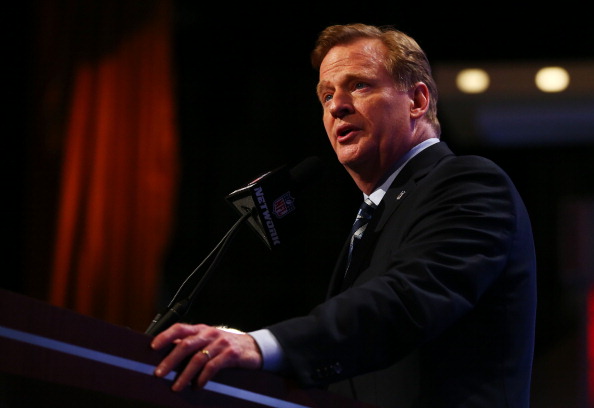 So you have decided to become the commissioner of a fantasy football league.  Congratulations, but do you really know what you got yourself into?  Are you prepared to handle the league’s administrative duties while also trying to lead your own team to victory?  There are likely numerous aspects of being a league commissioner that have never crossed your mind.  But fear not – the Supreme Court of Fantasy Judgment is here to help guide you through the trials and tribulations of being a commissioner.

There is nothing glamorous about being a league commissioner.  You are not treated like a rock star and most likely none of your fellow league members will show you much, if any, appreciation for your efforts.  It is a thankless job that will likely create more headaches for you than any feeling of satisfaction.  This is not meant to deter you or infer that you are making a mistake.  But you should be well aware of the reality that comes along with owning this position.

In most instances, your decision to become the league commissioner is indicative of the fact that no one else wanted to do it.  That makes sense because most people cannot and do not want the responsibility.  But that is what sets you apart from everyone else.  Being a league commissioner requires several attributes that not everyone possesses.  We will get more into that later, but be forewarned that the time and energy you will put into this job will go largely unnoticed.  But that is ok because you didn’t take on this role to be a celebrity.

2. Be wary of who you let into the league.

There are two types of leagues that generally require commissioners: public and private.  Public leagues are usually comprised of random people who do not know each other but wish to participate in the competition.  Private leagues are usually comprised of people that know each other, or at least require an invitation from the commissioner.  Public leagues are a whole other story, so for now we are going to focus solely on private leagues where the commissioner likely knows each and every one of his league members.

It is a dangerous proposition to have more authority and power than friends, family, colleagues or casual acquaintances with who you are in a league.  You need to make sure your league is comprised of people who you can trust, who are reliable, who have good reputations, and who are willing to make a commitment to the league.  If a friend of yours makes a recommendation for a new member of the league that you don’t know, you are well within your right to ask questions and get a better sense of who this person is.

3. Put everything in writing.

Being a commissioner requires you to communicate frequently and decisively with your league members.  Whether you are trying to schedule the draft, amend a rule, fix an error, etc., you must be an effective communicator.  The best way to do this is always in writing using a medium that you know will be easily and readily accessible by your league members.  Many fantasy sites have message boards and other forums where league members can post comments or questions.  But the reality is that many people do not read the league message board.  It should not be assumed that messages posted there will be read or seen.  Instead, you need to have a group email list where you can write to all league members and be able to confirm delivery and receipt.  This gives you the knowledge that your message has been sent and received by everyone else.

The other reason to put everything in writing is for transparency.  As commissioner, you don’t want to give anyone a reason to be skeptical of your integrity.  So before you take any action that would affect the league overall, it is always best to convey your thoughts to everyone first and at least let the league know what you intend on doing.

Finally, the most important piece of writing you can have is a constitution, charter, or set of guidelines.  Many leagues still do not operate under the guidance of a governing document.  That is ok, but there should be a delineated set of rules that exists to keep all league members on the same page and prevent any unfair advantages.  Of course league commissioners are not expected to account for every possible scenario that can arise.  But there should be written procedures in place to at least guide the commissioner and league members on how to handle an unforeseen predicament.

4. Get a secure piggy bank.

Most fantasy leagues are played for money.  Typically there is an entry fee that gets paid by each league member to the commissioner who holds the cash until the end of the season for distribution.  As we all know, the more money we come across, the more problems we see.  Depending on how well people know you, there are certain to be those who are uneasy about giving you their money.  Unfortunately it is not uncommon for rogue or unscrupulous commissioners to steal people’s money and not re-distribute winnings properly at the end of a season.  That is why you must be extra careful with your league members’ money and keep it in a safe place, in full.

5. Think outside the proverbial box.

There are only a finite number of ways to customize a fantasy football league in terms.  In recent years, IDP (“individual defensive player”) leagues have grown significantly in popularity.  But you can make things even more fun by coming up with creative and innovative ways to maximize the whole experience.  Whether it is adding different scoring categories, having a unique schedule, or offering daily or weekly prizes and incentives,  the possibilities are endless.

You need to ask yourself what you would consider fun and exciting if you were a member of someone else’s league.  How can you create more drama and excitement while still maintaining the integrity of the league and the spirit of competition?  Ask your league members for some thoughts or suggestions, and tell everyone that you are always open to considering new ideas.  This will help keep the lines of communication open and demonstrate your willingness to listen to other perspectives.

6. Monarchy over democracy…to a point.

Just as important as it is to let your league members know their opinions matter, you need to balance that with the necessity of maintaining control and authority over the whole thing.  Of course you cannot be expected to know everything and always be right, but at least if it is only your decision that matters the league can function relatively smoothly.

The problem with having league votes on issues such as rule changes or trade approvals is that you could possibly get 10, 12, 14 or more different opinions.  The fact is that league members only have their own agendas on their minds when being empowered with the ability to make crucial decisions.  This does not give you carte blanche to run rampant over the league and break rules.  Rather, it puts the most critical decisions and functions of the league in one person’s hands instead of ten or more.

But what will really set you apart as a great commissioner is if you can avoid conflicts of interest.  Yes, you have the right to manage your own team and strive for success just like everyone else.  But if you find your own team embroiled in an issue that you have the power to rule on, then you must take a step back and recuse yourself.  Regardless of whether your decision is correct or fair, there is an appearance of impropriety if you make a decision that has some direct impact on your own team.  The best way to avoid this situation is to ask yourself “How would my decision appear to everyone else?”

There really is no such thing as a fantasy football offseason anymore.  With so many keeper or dynasty leagues, people are making trades and roster moves all year long.  Even redraft leagues have lots of activity going on including draft positions, rule changes, and preparations for the upcoming season.  As commissioner, you must be readily available at any time to answer questions or resolve conflicts.  That doesn’t mean you cannot go on vacation.  But you should have a co-commissioner on board to help alleviate some of the burden.  By having someone alongside, you now have a decision-maker who can approve or reject any trades made the commissioner which is a great example of checks and balances.

Commissioners are free to pick and choose what they want to include in their league’s rules, but there are some universal principles which should apply to all leagues that seek to maintain order and integrity.  Commissioners need to be specific and explicit when writing their rules so that it is clear to all league members what the rule actually means and how it is enforced.  For example, if a commissioner employs a penalty for having an illegal lineup or roster, it should be clearly defined what makes a lineup or roster illegal.

This list is not exhaustive and is meant to provide a framework for you to work with as you take on the responsibilities of being a fantasy football league commissioner.  Good luck in your endeavors as a league commissioner, and just be thankful that your job is a lot less stressful than Roger Goodell's.