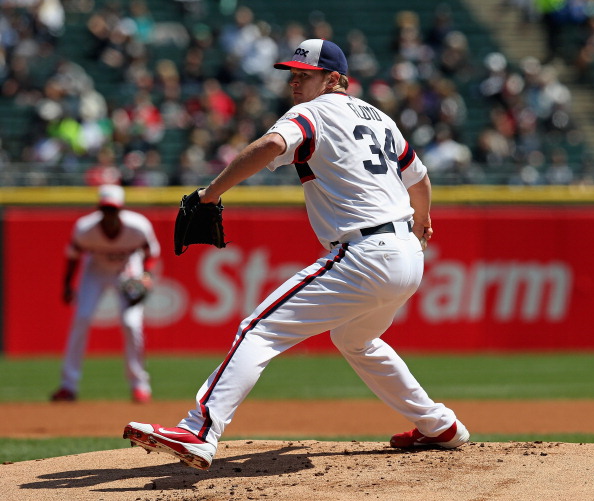 It almost sounds too good to be true, but there have not been any catastrophic injuries to key fantasy players since the last Injury Report.  As much as I would love to go on a diatribe about injury-prone elite players like Carlos Gonzalez, there is no need to today.  Instead, I will lash out at some other players who did manage to find their way into this edition of the walking wounded.

There must be a curse on Braves starting pitchers.  Gavin Floyd worked his way back to the big leagues this year and pitched well for Atlanta in nine starts.  Unfortunately we don’t know when his 10th start will be because he sustained a fractured right elbow and will be sidelined indefinitely.  Alex Wood was recently sent back down to the minors to start again, so he is the likely candidate to take Floyd’s place.

From a fantasy baseball perspective, Ben Revere serves one purpose – to steal bases.  He has been out all week with a knee injury and has only been available to pinch hit a couple times.  If his legs aren’t working, then  he has no value at all on your fantasy baseball team.  My 6-year old daughter could have a higher slugging percentage than Revere

It is hard to believe that Carlos Quentin was once had fantasy relevance.  In fact, he was a first round pick in one of my fantasy baseball leagues back in 2009.  But Quentin has re-defined what it means to be considered injury prone in recent years.  Even when he does play, he does not provide enough offense to justify even having him on your roster.  With his sub-.200 batting average and constant aches and pains, it is time for you to cut bait with Quentin if he is on your roster.  It is also time for Quentin to retire.

Chase Headley had an epidural injection in his back to help relieve pain that is being caused by a herniated disk.  While that is a potentially dangerous injury, it does not excuse the fact that there are many GM’s out there who still think Headley can ever replicate the historic second half he had a couple years ago.  The fact remains that Headley is batting .200 with only six home runs.  His only value remaining was the hope that he would be traded to the Yankees and suddenly remember how to hit major league pitching.  As much as I dislike the Yankees, I don’t think they are that foolish to acquire a player with such diminishing skills and a herniated disk.

This was just plain dumb.  A’s pitcher Drew Pomeranz got so frustrated after a bad start that he picked a fight with a chair and lost.  The bad news is that he fractured his right hand and it is not known how much time he will miss.  The good news is that, unlike Inigo Montoya, he is left-handed and can still throw while he recovers.  Pomeranz has bounced around the last couple years and finally seemed to be settling in with Oakland.  Even after allowing eight runs which prompted his tantrum, Pomeranz still has an ERA under 3.00.  Don’t feel compelled to stash him if you are limited in your DL or bench slots.