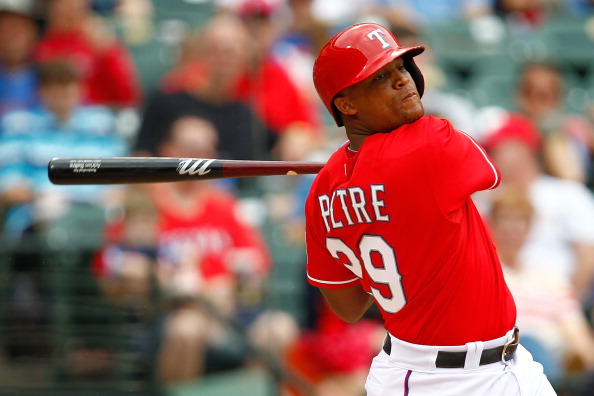 Week 3 of the fantasy baseball season is already here.  If your team has managed to avoid the injury bug, then mazel tov (happy Passover to you as well).  Most GM’s have not been so lucky as injuries continue to pile up and we are only in the middle of April.  So here is the Fantasy Baseball Injury Report for April 14, 2014.

It wasn’t a promising forecast least week, and our worse fears were confirmed for Adrian Beltre.  The star third baseman was placed on the disabled list with a strain of his left quadriceps.  Beltre is arguably the second best third baseman in fantasy baseball so this is a major loss for GM’s.  Hopefully he can return when he is eligible on April 24, so do some patchwork on the waiver wire and bide your time until he comes back.

Harper was taken out of Monday night’s game against Miami with tightness in his quad.  It does not appear to be a serious injury, but the timing couldn’t be worse considering Harper has been red hot for the past week.  Right now it is unknown if he will miss any time, but clearly he should be in your lineup in daily and weekly games if he is ok to play.

The heart of the Red Sox received word that he is suffering from inflammation in his wrist which is good news considering it could have been much worse.  He is scheduled to rejoin the team on Tuesday but may be given another day off.  However, you should keep an eye on this as wrist injuries tend to affect hitters in a very negative way.

More bad luck for Nationals third baseman Ryan Zimmerman who sustained a fractured right thumb when he was picked off of second base over the weekend.  Zimmerman is expected to miss 4-6 weeks assuming surgery is not required at some point.  He has dealt with shoulder issues in the past, so this will not help matters.  When he comes back, he could possibly see time at first base to help reduce the amount of throwing he will have to do.  Keep him stashed on your DL but pursue a replacement via trade if you can.

It is not a good time to be a starting pitcher on the Tampa Bay Rays.  After already losing Jeremy Hellickson and Matt Moore, Tampa Bay will be without Alex Cobb for at least 6-8 weeks due to an oblique strain.  The good news is that Cobb does not need Tommy John surgery.  The bad news is that oblique strains tend to linger for quite a bit, so it could be even longer that he is out.  Keep him stashed on your DL and remind yourself that he is a good keeper option.

A major reason the Red Sox won the World Series in 2013 is because Koji Uehara emerged as a dominant closer.  After a great start in 2014, he experienced some stiffness in his shoulder and was sent for an MRI.  Fortunately there was no structural damage, but fantasy GM’s will need to keep a close eye on this.  Uehara is no spring chicken and we all know that closers are a dime a dozen, so be proactive and add Edward Mujica as a handcuff.