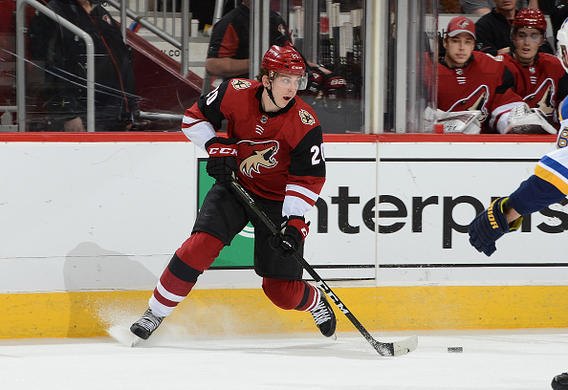 There may have been a few concerns about Strome earlier this season, especially after he was demoted to the American Hockey League two games into the regular schedule. However, the 21-year-old center dominated the minor-league level in 2017-18 (50 pts in 47 GP) and has produced four points in his last two games with the Coyotes down the stretch. He should be a keeper in deeper formats and a consideration in shallower leagues.

Could Beauvillier be the Islanders' next second-line center? With captain John Tavares facing an uncertain future with the club (he will become a UFA on July 1), the 20-year-old Beauvillier might surface as the most obvious replacement down the middle (with likely NHL rookie of the year Mathew Barzal moving into the top-line center role next season). Beauvillier has the speed, versatility, two-way ability and hockey sense to make a big impact.

With the announcement that the Sedin twins will retire at the end of the season, it is time to look at the next wave of talent in Vancouver. Swede Elias Pettersson is the obvious choice to be the team's next superstar, but Gaudette could also make an impact in the NHL next season. After turning pro last week, Gaudette has already appeared in three NHL contests (but is still looking for his first point). He should be on the keeper radar now. 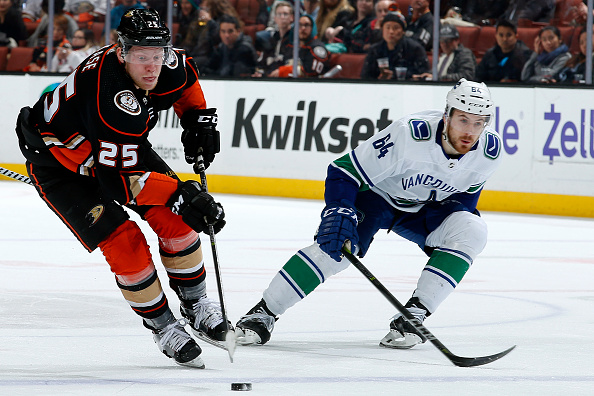 The talented, shifty winger is starting to garner a reputation for scoring clutch goals for the Ducks. After scoring an overtime winner against Colorado in a huge game earlier in the week, Kase scored the game-winning goal against Minnesota (which secured a playoff spot for the Ducks). Still only 22, the Czech dangler has great moves and one-on-one skills. There is a strong chance that Kase breaks out with 65-75 points next season. Get him.

Most fantasy leaguers have already picked up Filip Chytil of the Rangers, but Andersson is not far behind. Both Chytil and Andersson were first-round draft picks in 2017 and both provide good upside. Both are expected to play in the NHL next season for the rebuilding Rangers, either at wing or center. While Chytil may be the more offensive-minded of the two, Andersson's all-around ability should also serve him well. He is a keeper candidate.

Speaking of keeper candidates, Chicago's Sikura is certainly in the mix. The 178th overall pick in the 2014 NHL Draft has already amassed three assists in his first three NHL appearances. A quality playmaker who can play both wing and center, Sikura is a strong candidate to make the Blackhawks out of training camp next fall. Sikura enjoyed his four-year stint at Northeastern University before signing with Chicago last month. Pick him up now.

The brother of Toronto Maple Leafs forward William Nylander has had his ups and downs in 2017-18. The highlight, so far, was his point production (7 pts in 7 GP) for Sweden at the 2018 WJC. However, he has endured some growing pains with the Rochester Americans (AHL). In 48 games in the 'A', Nylander produced just seven goals and 26 points. Still, his immense talent should get him in the keeper conversation by the end of this week. 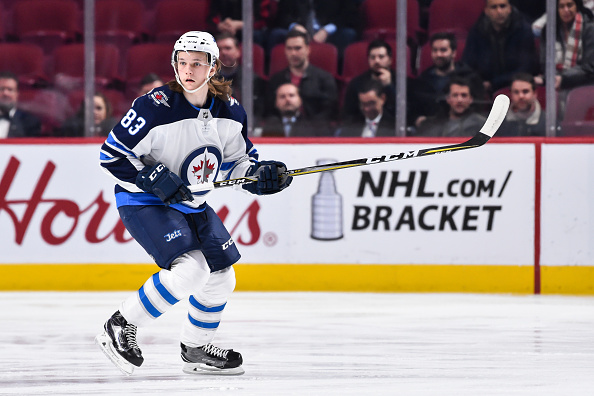 In most fantasy leagues, it is important to own good defensemen from good teams (if the plus/minus category is utilized). Niku just might be the next good one for Winnipeg, one of the best and deepest teams in the NHL this season. Despite his recall to the NHL earlier this week, the 21-year-old Finn is still tied for the AHL lead in defenseman scoring (52 pts in 71 GP). It is hard to imagine a scenario without Niku in Winnipeg next season.

While Hughes is good (and should already be on the fantasy radar in all keeper leagues), his younger brother Jack could be the best player available in the 2019 NHL Draft. The elder Hughes skates exceptionally well and has adjusted quickly to the NCAA ranks as a freshman at the University of Michigan (one of the participants in the 2018 Frozen Four tournament). There is a chance that Hughes may jump directly to the NHL next season.

For those fantasy leaguers looking for a deep keeper in goal, Vladar could be a solid consideration. The 20-year-old Czech has great height (6'5”) and a lot of puck-stopping talent. After a strong ECHL campaign, Vladar is finishing up 2017-18 with the AHL's Providence Bruins. While veteran Tuukka Rask remains entrenched as Boston's starting goaltender, top backup Anton Khudobin is scheduled for unrestricted free agency on July 1.

J. Leivo - F
VAN
The Calgary Flames have signed Josh Leivo to a one-year, $875,000 contract.
The signing had already been reported, but the Flames have now made it official. Leivo scored seven goals and 19 points in 36 games with Vancouver in 2019-20. He missed the last 33 games of the regular season and the entirety of the playoffs due to a fractured kneecap. He'll provide the Flames with some valuable secondary scoring while serving in a middle-six role.
Added Yesterday 6:15 pm (EST)
Added Yesterday 6:15 pm (EST)

K. Russell - D
EDM
Kris Russell tries to be a mentor for the Oilers young defenseman in the same way that Adam Foote was for him.
"I was very fortunate when I came into the league," Russell said. "We had a lot of veteran guys in Columbus... [Head Coach Ken Hitchcock] put me right beside Adam Foote from the start of camp and that's where my stall ended up being. To learn from a guy like that and listen to a guy who played so hard and was such a great player in the league, from the day-to-day things he could help me with and how easy it was to come to him and talk to him and how available he made himself, that sure showed a lot to me." Now Russell, 33, is a veteran presence on an Oilers blueline that is projected to include young defenseman Ethan Bear and Caleb Jones next season. Down the road, Russell could also find himself mentoring 21-year-old defenseman Evan Bouchard. Russell is going into the final season of his four-year, $16 million contract, but he's already signed a one-year extension worth $1.25 million for the 2021-22 campaign.
Added Yesterday 3:03 pm (EST)
Added Yesterday 3:03 pm (EST)

A. Lundell - F
FLA
Anton Lundell had a four-goal game with HIFK Helsinki of Finland's Liiga.
Lundell already has seven goals in seven games in the Finnish league this season. That's a huge jump after finishing with 10 goals and 28 points in 44 contests with HIFK Helsinki last season. The Florida Panthers took him with the 12th overall pick in the 2020 NHL Entry Draft.
Added Yesterday 12:52 pm (EST)
Added Yesterday 12:52 pm (EST)

T. Dermott - D
TOR
Defenseman Travis Dermott knows that he has to play well to keep his spot in the Toronto lineup.
"Keefer knows how I play when I'm at my best...so I think that's what they expect from me," Dermott said. "Anything less, than there are guys biting at my heels to get in and steal my job. My job is to come in and play my game and do exactly what they want."  Dermott had four goals and 11 points last season in 56 games and should be a third pairing defenseman on Toronto's partially revamped blueline. The Leafs lost Tyson Barrie and Cody Ceci but have added Mikko Lehtonen, T.J. Brodie and Zach Bogosian to their lineup as well as having Rasmus Sandin another year older. Dermott has to get off to a good start or he could also find himself in the press box next season.
Added Yesterday 11:09 am (EST)
Added Yesterday 11:09 am (EST)

L. Ullmark - G
BUF
Linus Ullmark is asking for $4.1 million in arbitration while the Sabres are countering with $1.8 million.
The netminder ended the season as the Sabres top netminder, going 17-14-3 with a 2.69 GAA and a .925 save percentage on a mediocre Buffalo team. Ullmark and the Sabres could still agree on a contract without resorting to arbitration which is slated to go on Monday.
Added Yesterday 11:05 am (EST)
Added Yesterday 11:05 am (EST)

J. Larsson - D
ANA
The Anaheim Ducks have loaned defenseman Jacob Larsson to Kristianstads IK in Sweden.
Larsson is expected to make his debut Saturday in the second-tier Swedish League. Larsson, who had two goals and 11 points in 60 games last season for the Ducks, will be recalled when NHL training camps start up, hopefully in December.
Added Yesterday 9:08 am (EST)
Added Yesterday 9:08 am (EST)